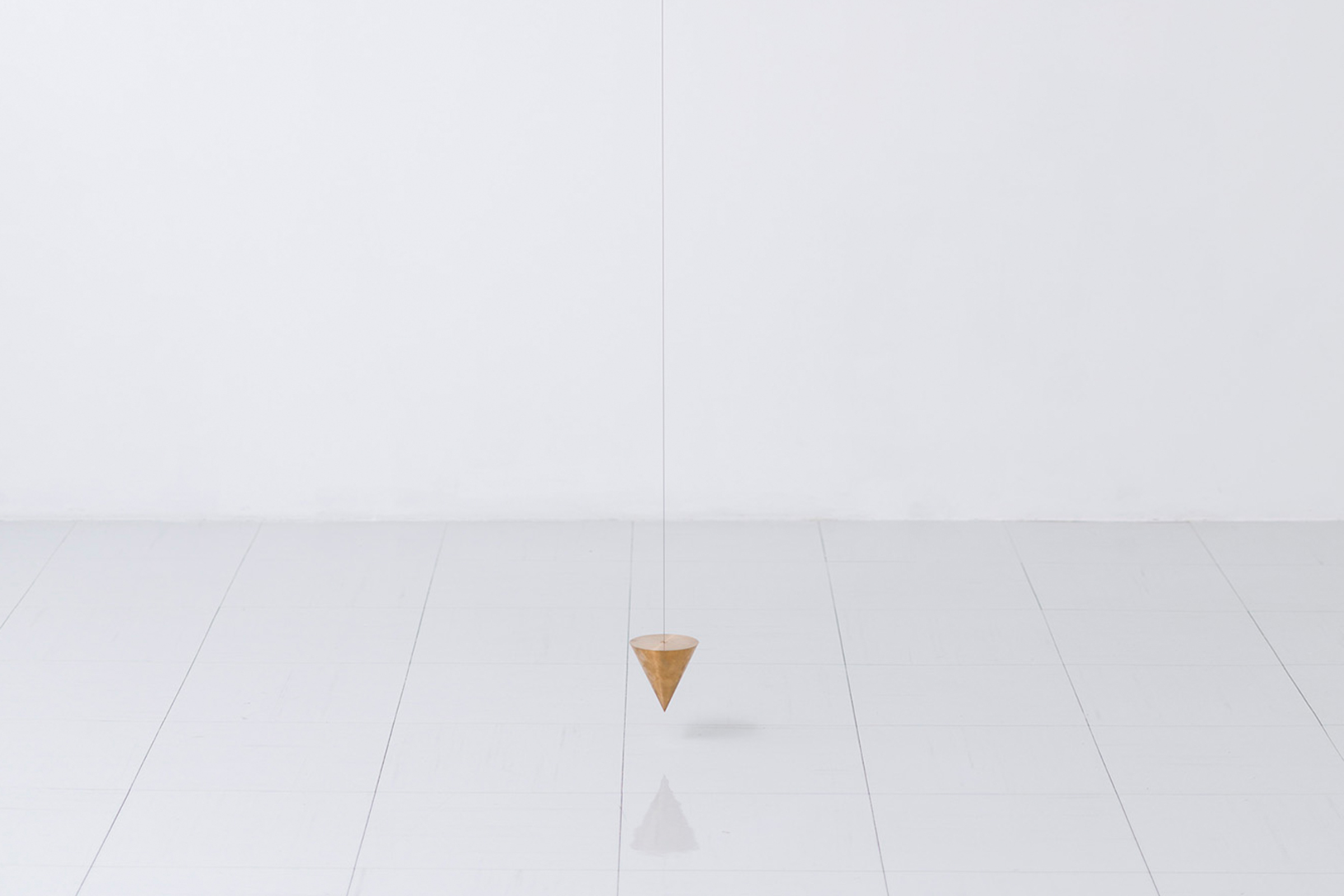 【Postponement Announcement】
Following the latest State of Emergency declared by the Japanese government, the Koshimizu Susumu exhibition, Perpendicular Line, will be postponed until further notice. The new date of the exhibition will be decided after February 8th (mon), when the first phase of the state of emergency is currently set to end. Updates will announced on the gallery’s website as well as social media. We apologize for any inconveniences caused and wish everyone safety and good health.

Tokyo Gallery+BTAP is pleased to announce Perpendicular Line, an exhibition of works by Susumu Koshimizu. This exhibition will also feature sculptures and a musical performance by composer Madoka Mori.

Born in Uwajima, Ehime in 1944, Susumu Koshimizu studied sculpture at Tama Art University between 1966 and 1971. Koshimizu is currently based in Kyoto and Osaka. Active since the latter half of the 1960s, Koshimizu invokes wood, stone, paper, earth, and metal in works that stress the relationship between different media. From the early 70s, Koshimizu was a leading figure in the Mono-ha movement, and has exhibited works at various Japanese and overseas exhibitions including the Venice Biennale and the São Paulo Biennale. Included amongst the most significant exhibitions of Koshimizu’s work are Susumu Koshimizu: Sculptor of Today, of a Culture (Museum of Fine Arts, Gifu and Museum of Art, Ehime, 1992) and gravity/mass/work (Kyoto University of the Arts Gallery and Kyoto University of the Arts hall, 2010), an exhibition to mark the end of Koshimizu’s long teaching career at Kyoto City University of the Arts.

The title work in the latest exhibition, Perpendicular Line, dates from 1969 and comprises of a brass weight suspended from a length of piano wire. Having witnessed the creation of Sekine Nobuo’s Phase—Mother Earth first hand, Koshimizu created Perpendicular Line the following year as an exercise in revisiting the roots of his thoughts. In Perpendicular Line, the brass weight that endlessly points to a single spot on the floor and the vertical line that extends from the ceiling and supports the weight are both tangible representations of the origins of sculpture and the vertical axis. The exhibition will also feature a 2015 work comprising a stone suspended from a wire.

Madoka Mori holds the distinction of being the youngest person to win the Ichiyanagi Toshi Contemporary Prize for composition. The idea for January’s live performance came from Erasure, a joint exhibition of Toshi Ichiyanagi and Takahiro Kondo, also held by Tokyo Gallery+BTAP. This latest collaboration with Koshimizu, an experiment in composition and performance, focuses on the propagation of sound along the horizontal axis, and will involve the running of piano wire around the gallery.

We hope this intersection of the vertical and horizontal axes will give birth to a new dialogue between music and art.

*Madoka Mori’s live performance will take place on Saturday 16 January on an invitation-only basis. From Tuesday, 19 January, a video of the performance will be displayed in the gallery, enabling visitors to enjoy the works of Koshimizu with musical accompaniment.

Susumu Koshimizu was born in Uwajima in Ehime Prefecture in 1944. He enrolled in the Department of Sculpture of Tama Art University in 1966 and left school due to student protest in 1971. Koshimizu became a prominent artist in the Mono-ha movement from the 1960s, creating minimal sculptures and installation pieces from basic materials such as iron, wood and paper. He was a faculty of the Department of Sculpture at Kyoto City University of Arts from 1994 to 2010, and currently serves as a president of Takarazuka University. He is now based in Kyoto, Japan. Koshimizu participated in various international art exhibitions including Tokyo Biennale: Man and Matter, Venice Biennale and São Paulo Biennale. He is a recipient of numerous awards in Japan including the prize at 3rd Contemporary Sculpture Exhibition held at Suma Palace Garden, Kobe (1972); Prize for Excellence, 11th Teijiro Nakahara Award (1980); 10th Denchu Hirakushi Prize (1981); 38th Minister of Education’s Art Encouragement Prize for Freshman (1988); 2nd Kyoto Culture Prize (1989); Prize for Merit, Kyoto Prefectural Cultural Award (1999); 2nd Enku Garden Award (2003); Medal with Purple Ribbon (2004).