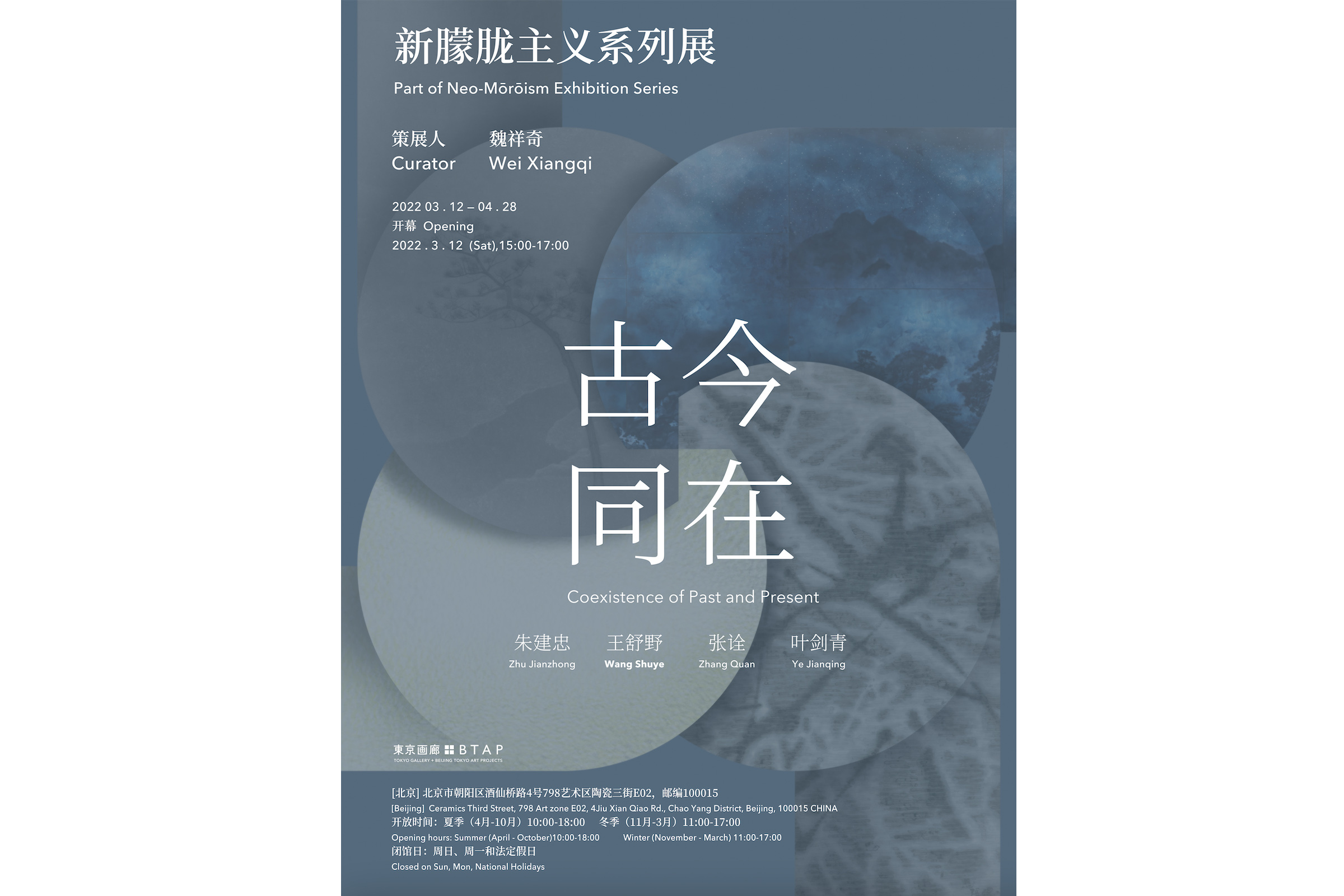 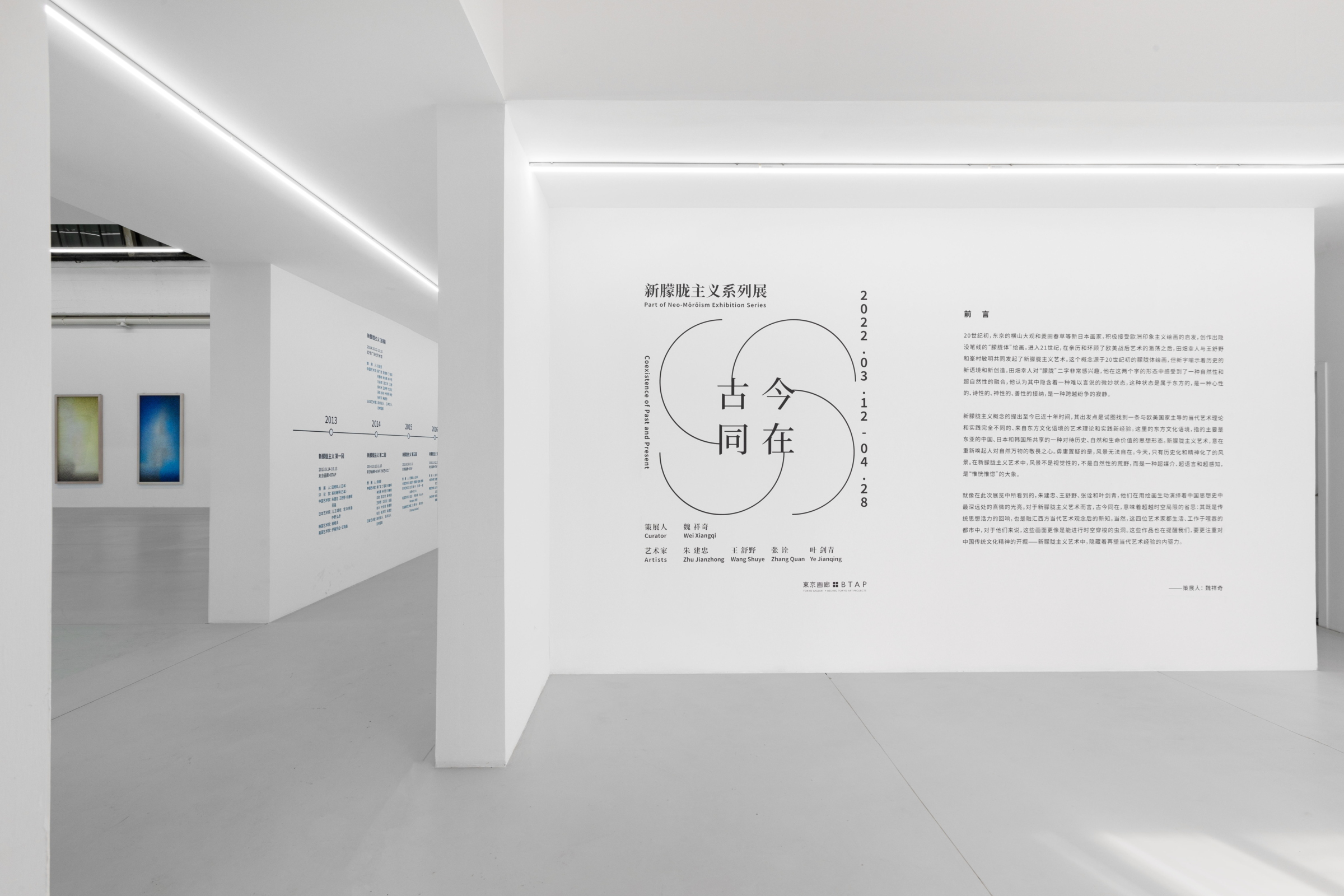 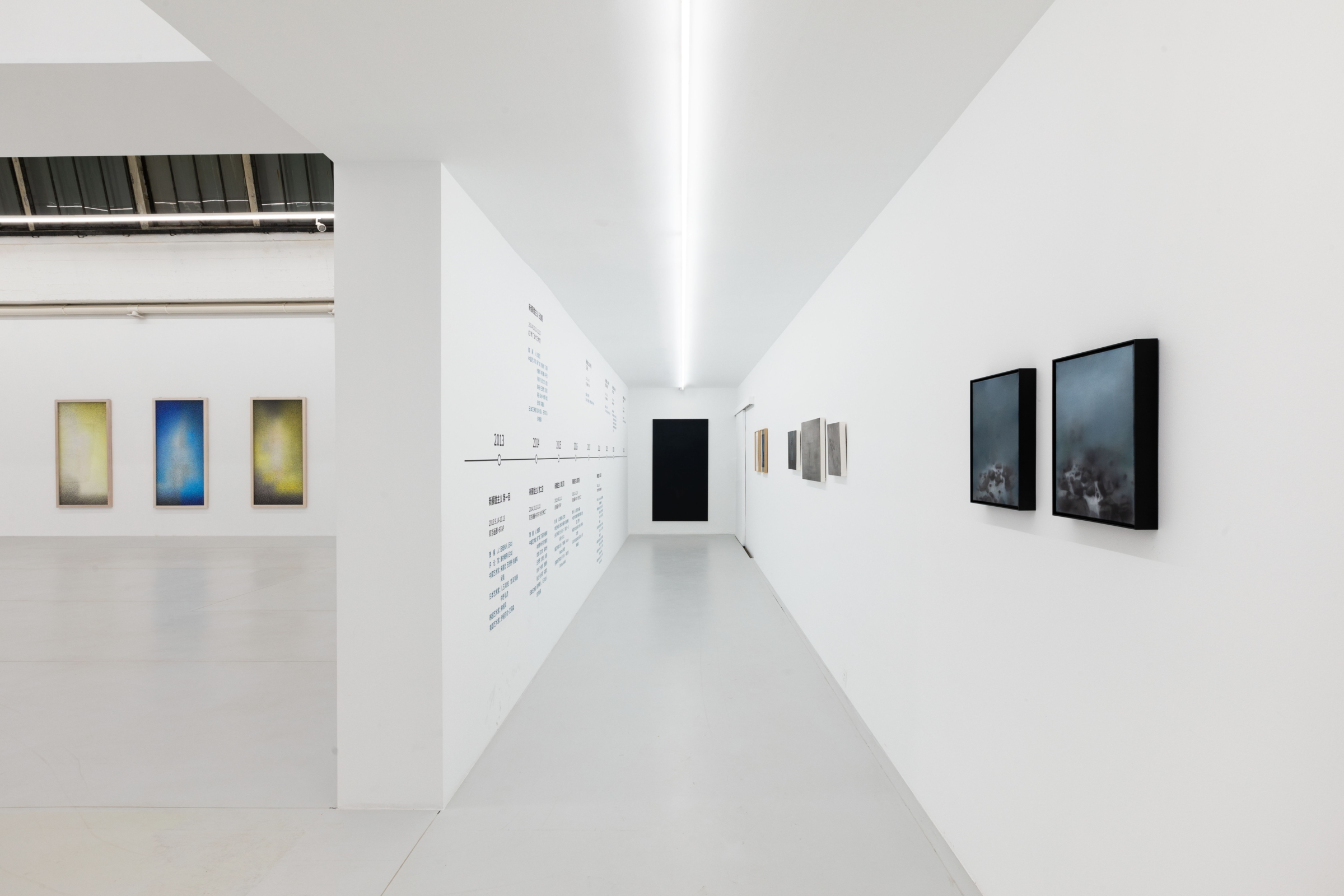 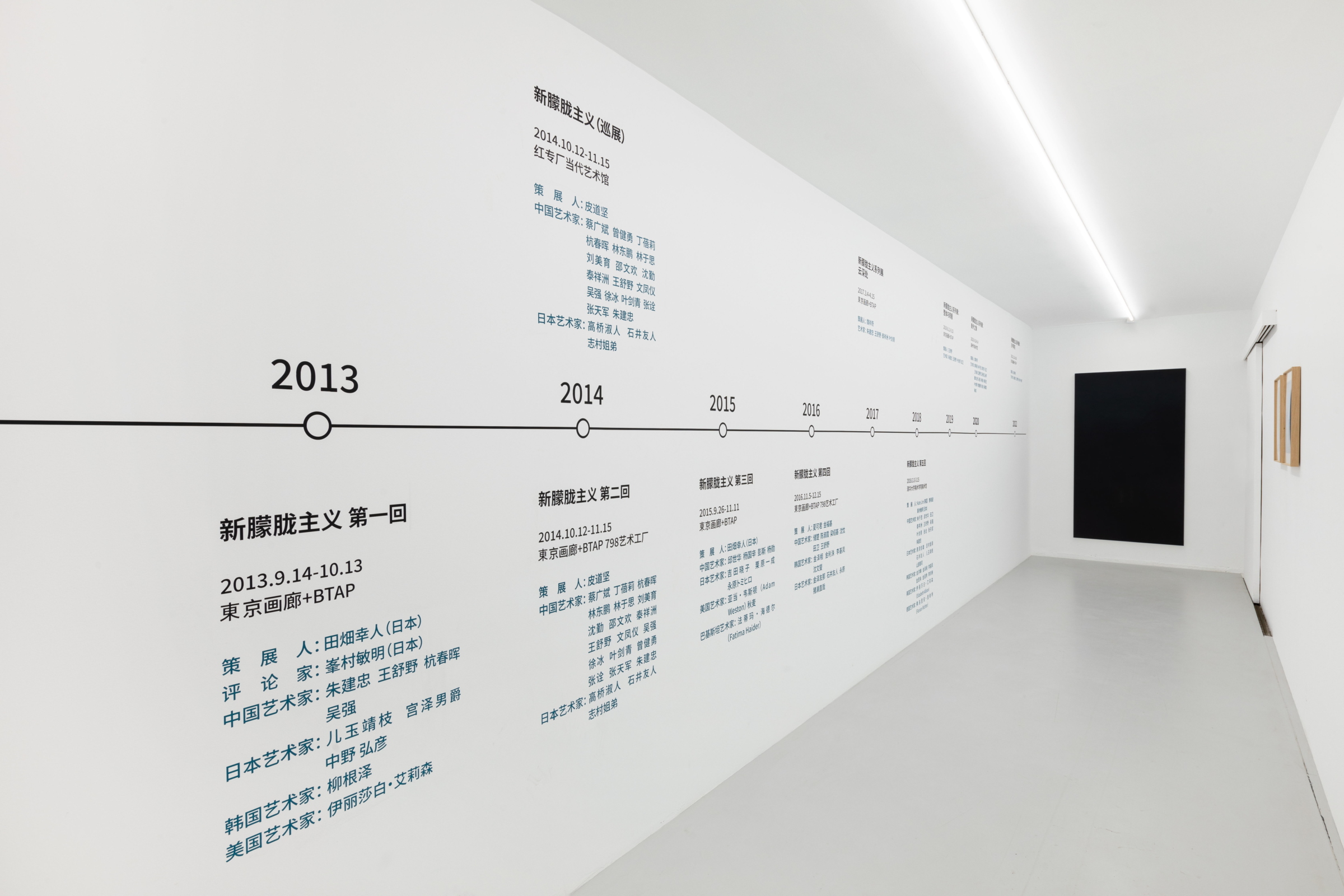 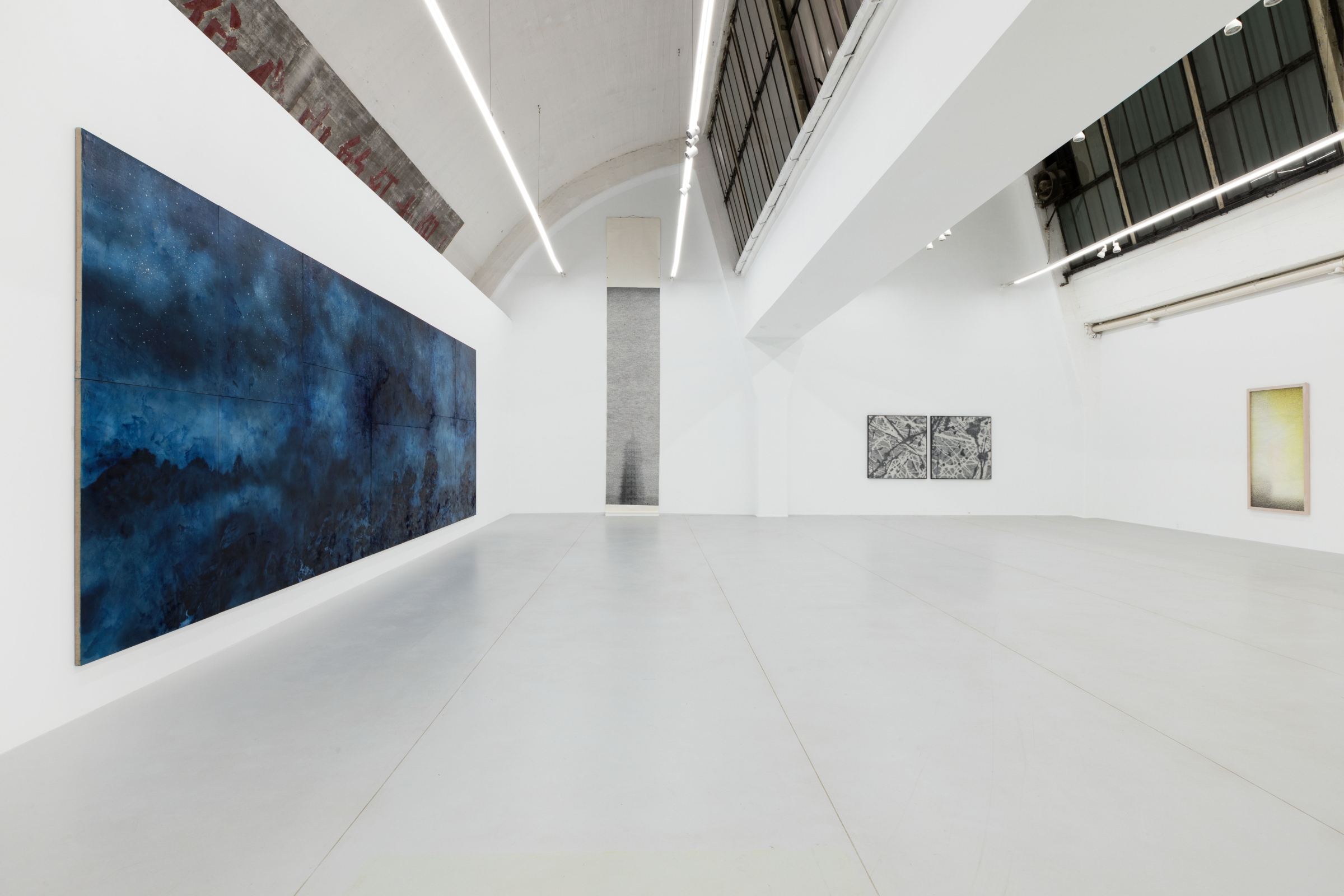 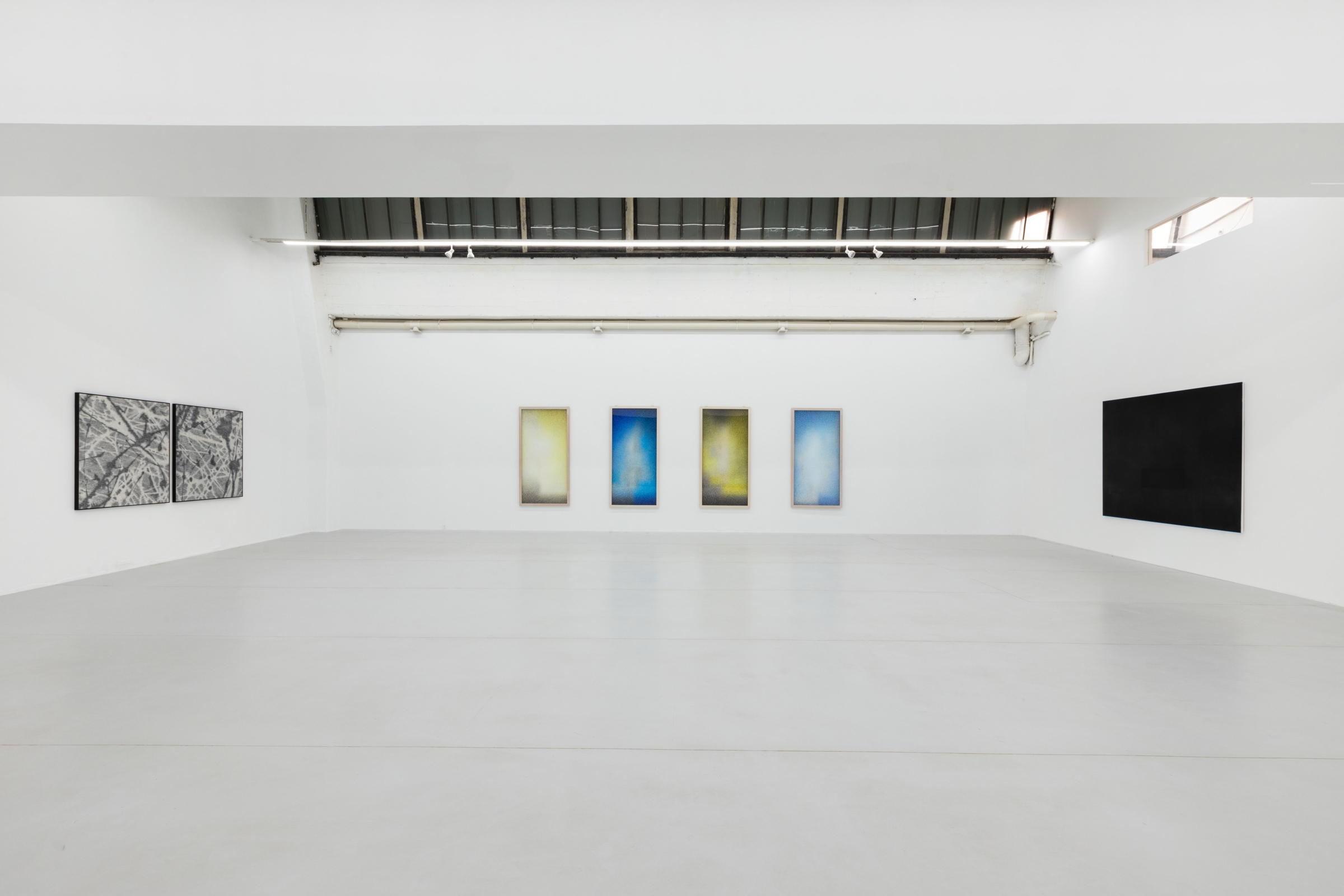 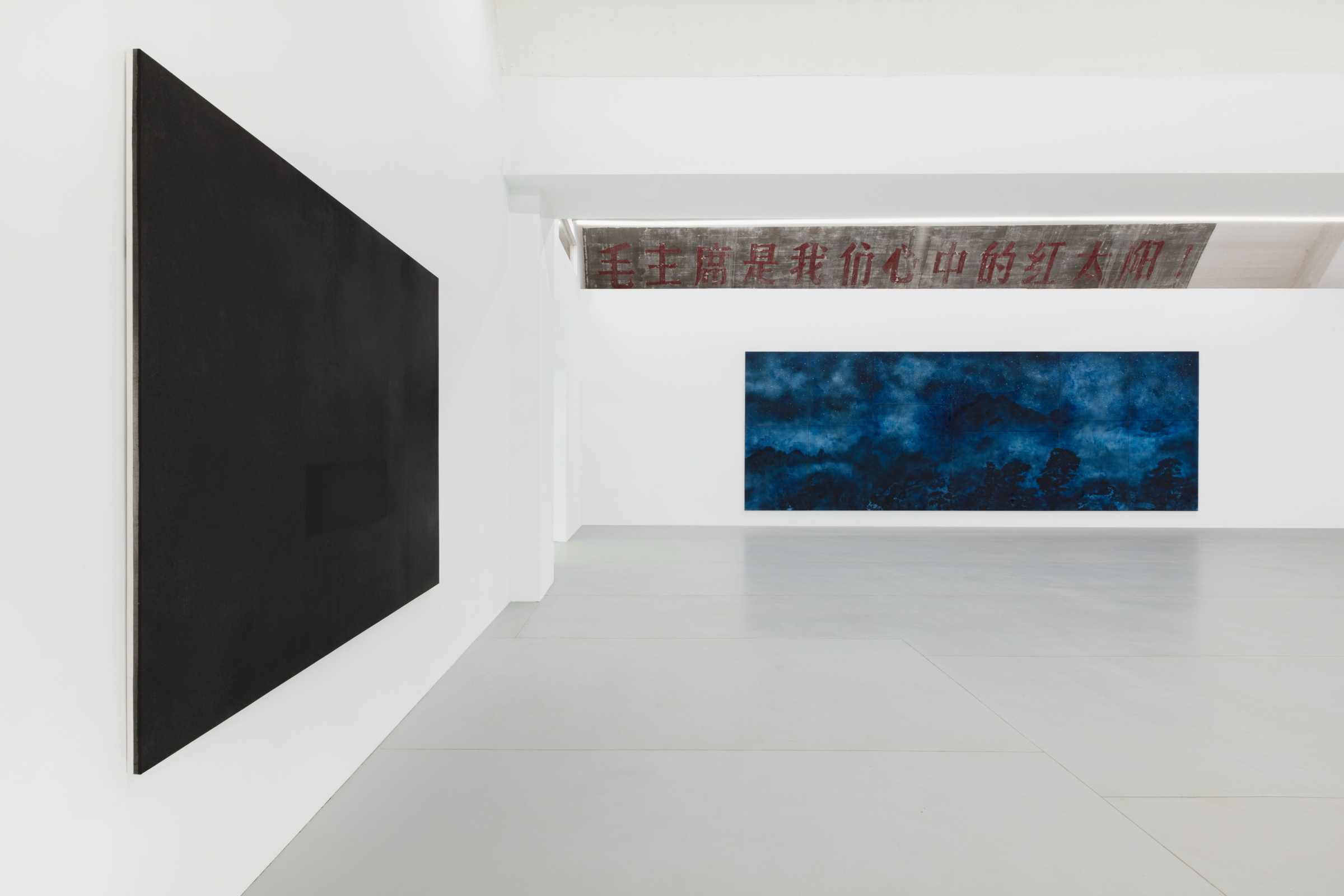 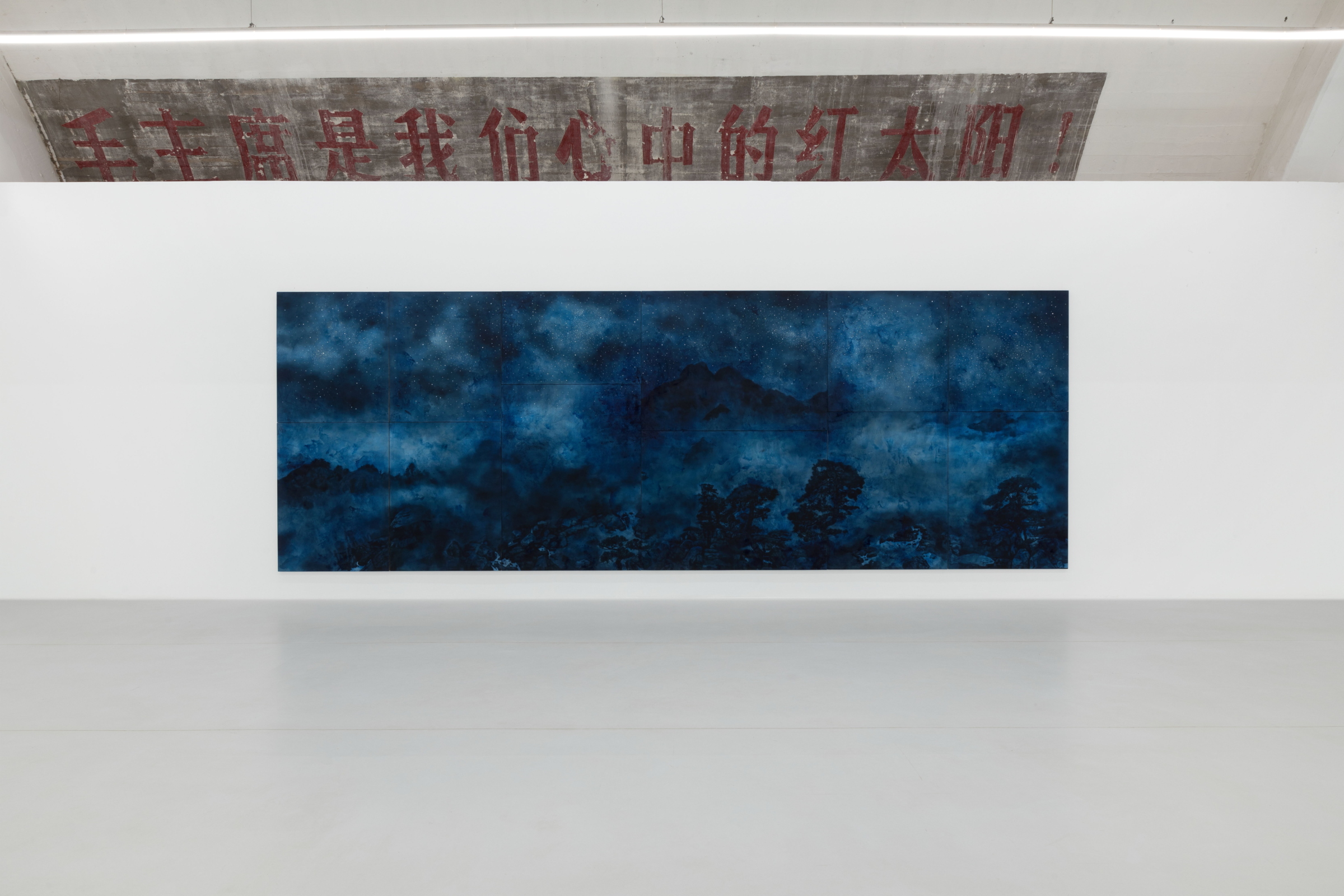 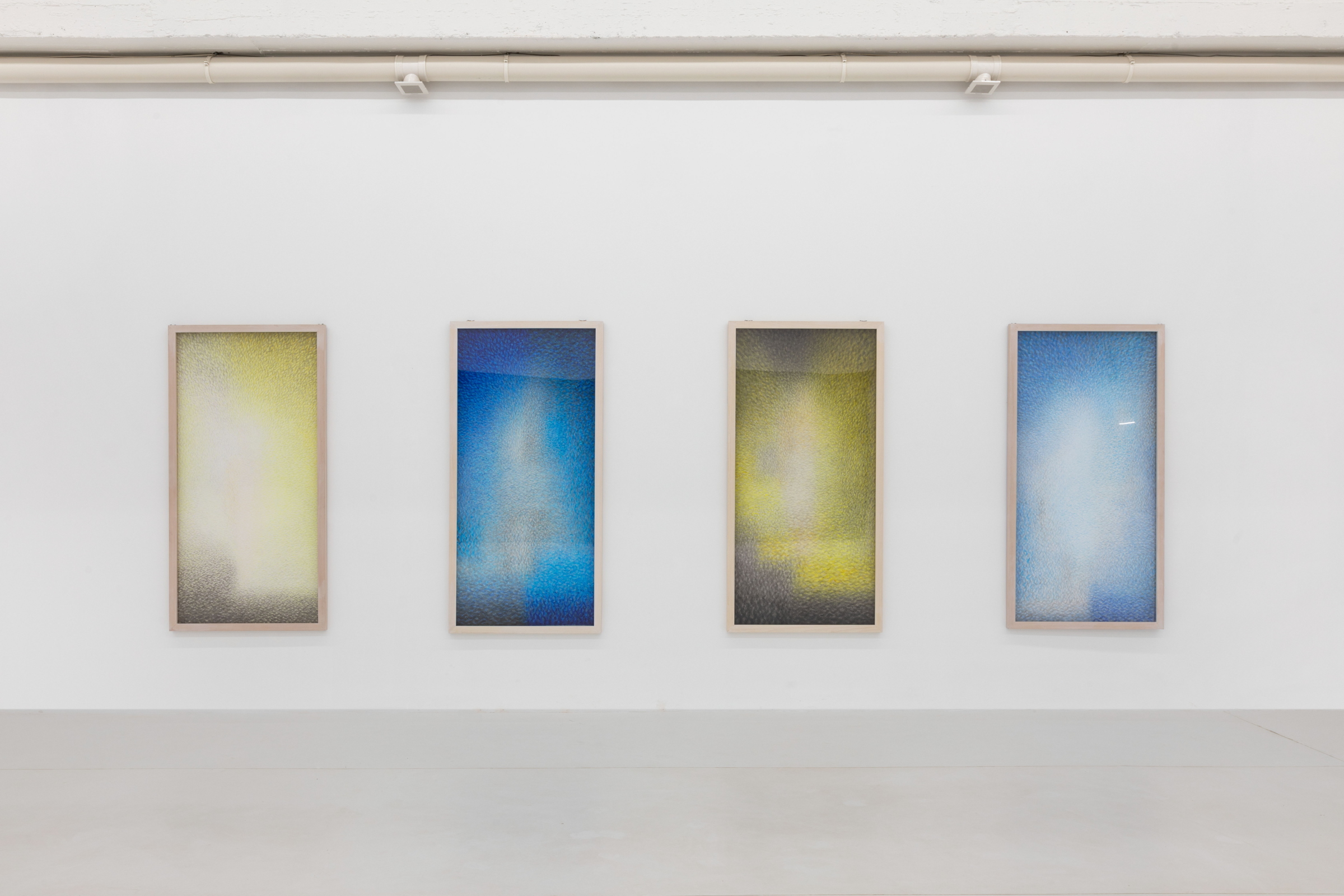 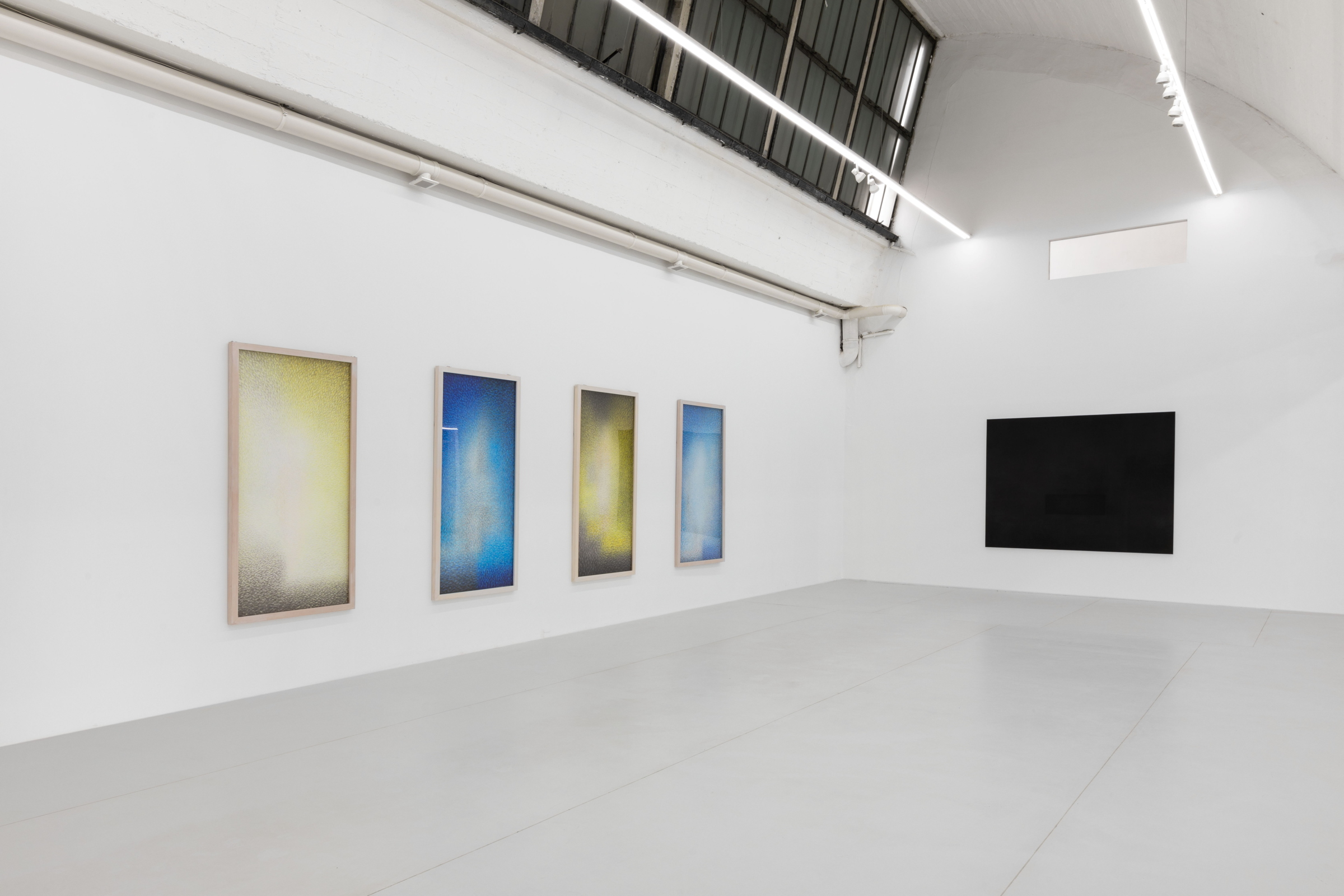 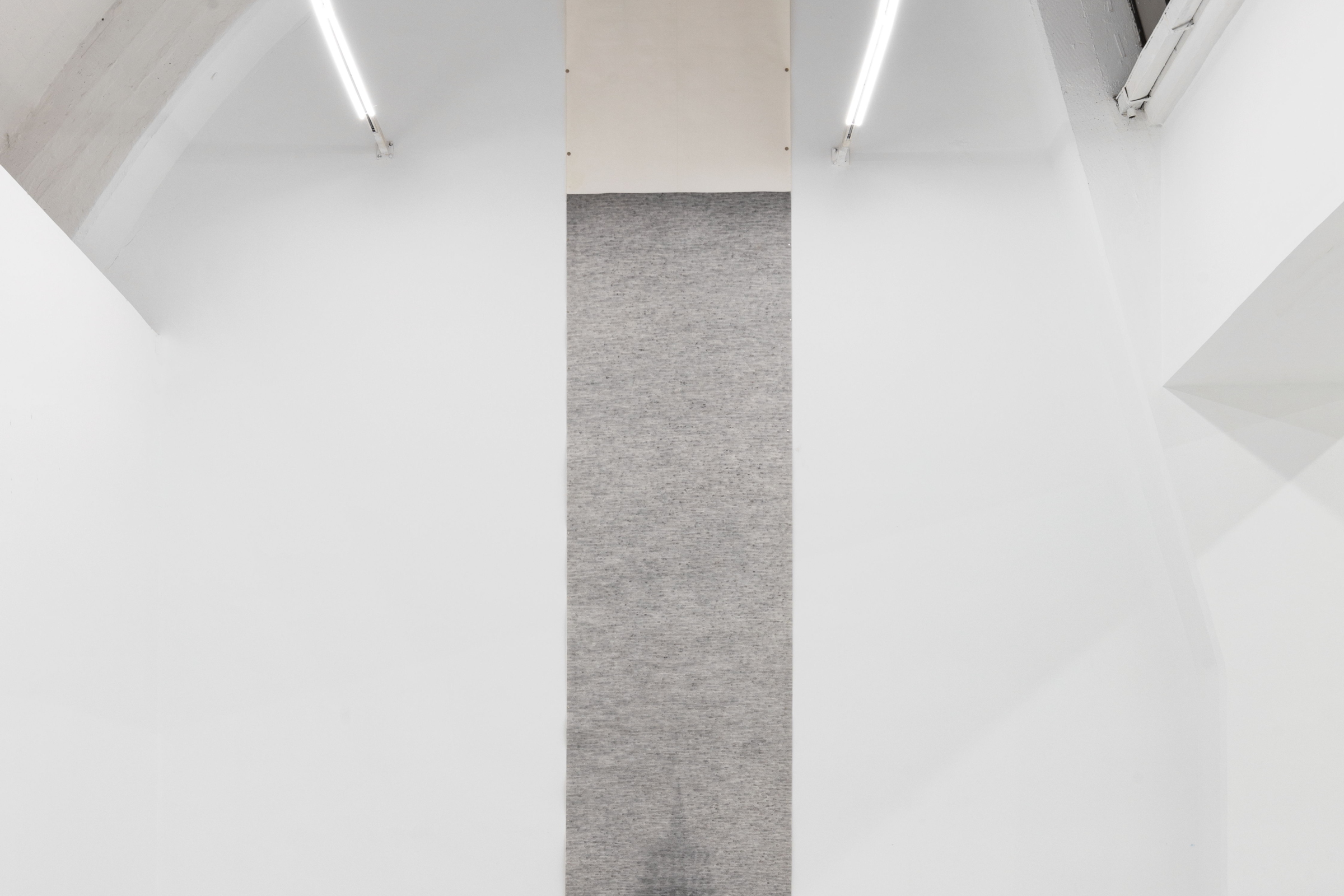 From March 12 through April 28, 2022, Tokyo Gallery + BTAP will host the Neo-Mōrōism Exhibition Series: Co-existence of Past and Present. The exhibition is curated by Wei Xiangqi, Doctor of Fine Arts and Associate Research Fellow at the National Art Museum of China. On view will be the most recent works by artists Zhu Jianzhong, Wang Shuye, Zhang Quan and Ye Jianqing.

This is the 10th exhibition themed around ‘Neo-Mōrōism’ to be organized by Tokyo Gallery + BTAP since 2013. Over the past ten years, a number of exhibitions on Neo-Mōrōism were successively held at Tokyo Gallery +BTAP, 798 Art Factory, the Redtory Museum of Contemporary Art (RMCA), the Academy of Arts & Design, Tsinghua University (AADTHU) and Huzhou Art Museum with the support of nine theoreticians and curators hailing from China, Japan and South-Korea, namely Yukihito Tabata, Toshiaki Minemura, Wang Shuye, Lu Xiaobo, Pi Daojian, Xia Kejun, Kim Bog-gi, Kate Lin and Wei Xiangqi. This has resulted in the showcasing of works by 61 artists from China, Japan, South-Korea, the U.S., Germany and Pakistan, a total of 5 academic symposia in both CAFA Art Museum and the Art Museum of the Academy of Arts & Design, Tsinghua University (AADTHU), as well as the publication of 2 art catalogues.

In the early 20th century, newly emerging Japanese painters such as Tokyo artists Taikan Yokoyama and Hishida Shunso eagerly took cue from European impressionist painters in creating their ‘obscurantist’ (mōrō or hazy) style of painting, characterized by its obfuscated brush strokes. Cue the 21st century: having experienced and witnessed first-hand the surges in European and American post-war art, Yukihito Tabata along with Wang Shuye and Toshiaki Minemura conceived of the notion of Neo-Mōrōist art. Though originating in the mōrō-style of painting of the early 20th century, the addition of the prefix ‘Neo-’ hints at a new historical context and creative drive. Yukihito Tabata takes a great interest in the two characters denoting the word ‘mōrō’ (朦胧), whose shape he believes connotes a fusion between the natural and the supernatural. For Tabata, this implies a subtle state which is difficult to put into words; this state pertains to the East, encapsulating mindfulness, poetic nature, spiritedness and goodness; a quiescence which transcends dissension.

Nearly a decade has passed since the concept of Neo-Mōrōism was first propounded, initially with the aim of devising a novel art theory and praxis inspired by an Eastern cultural context, altogether different from the art theories and practices spearheaded by Western countries. Said ‘Eastern cultural context’ refers primarily to an East-Asian form of thought with which to approach history, nature and the value of life, and which China, Japan and South-Korea all have in common. Arguably, it is the aim of Neo-Mōrōist art to restore a sense of awe with regards to all things existing in nature. Landscapes, it goes without saying, inevitably come with strings attached. In today’s world, they are by definition historicized and spiritualized. In Neo-Mōrōist art, landscapes are not visual in nature: instead of being depicted as some natural wilderness, they can be likened to monumental images which are ‘impalpable, incommensurable’ (Laozi’s Tao Te Ching, chapter 21), and which transcend media, language and sensory perception.

In this exhibition, artists Zhu Jianzhong, Wang Shuye, Zhang Quan and Ye Jianqing use their painting to vividly interpret that faint light shimmering in the deepest recesses of China’s intellectual history. The past and present co-exist in Neo-Mōrōist art, signifying a contemplation that transcends the confines of space and time: apart from echoing the vitality of traditional thought, this new sensibility also integrates Western contemporary artistic concepts. Naturally, these four artists all reside and work in a bustling metropolis, so for them, these paintings are akin to wormholes through which enable travel through time and space. Their works also remind us of the need to foreground a revival of the Chinese traditional cultural ethos: in Neo-Mōrōist art, there lies concealed a drive to reshape and reclaim the contemporary art experience.