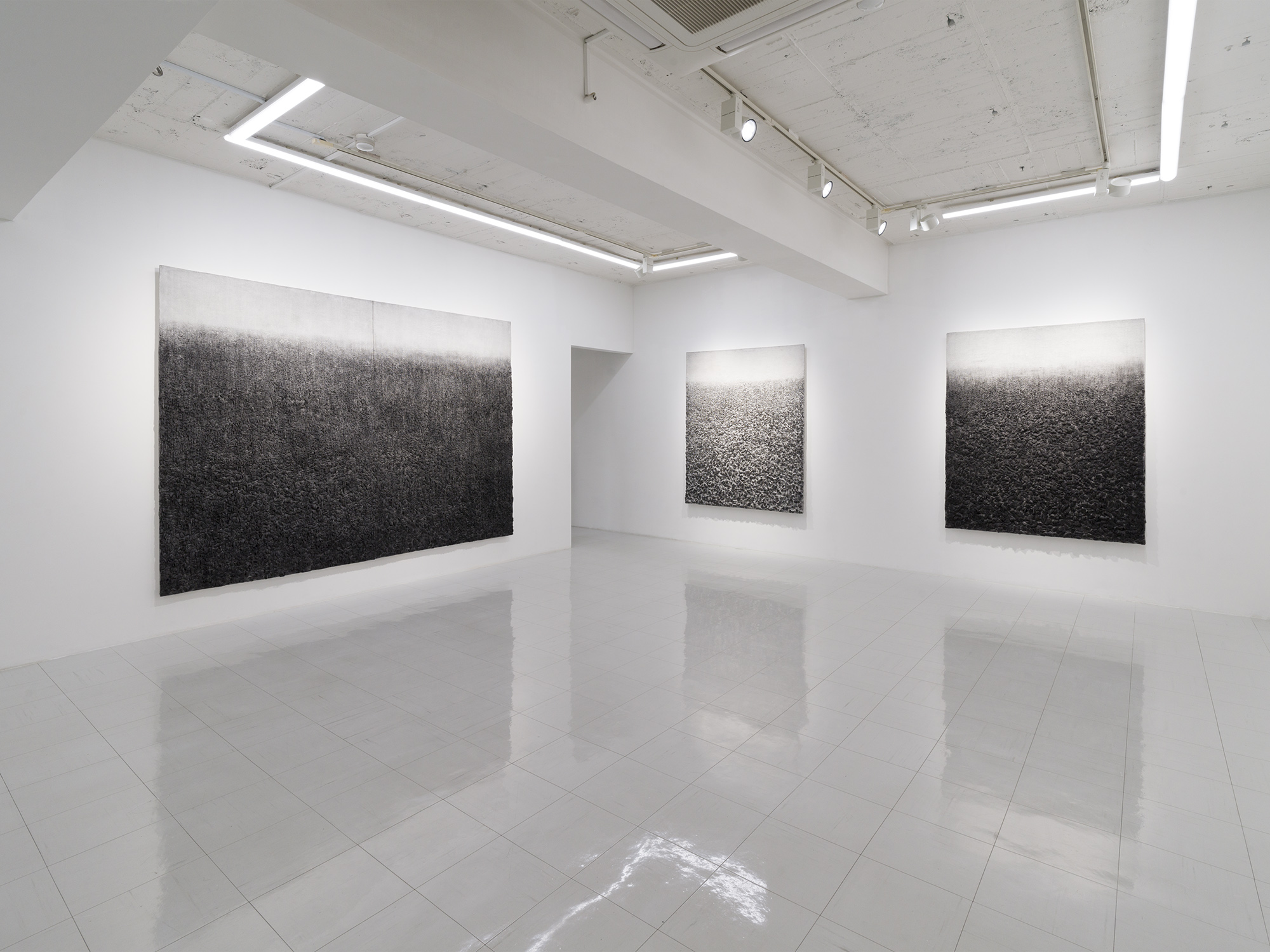 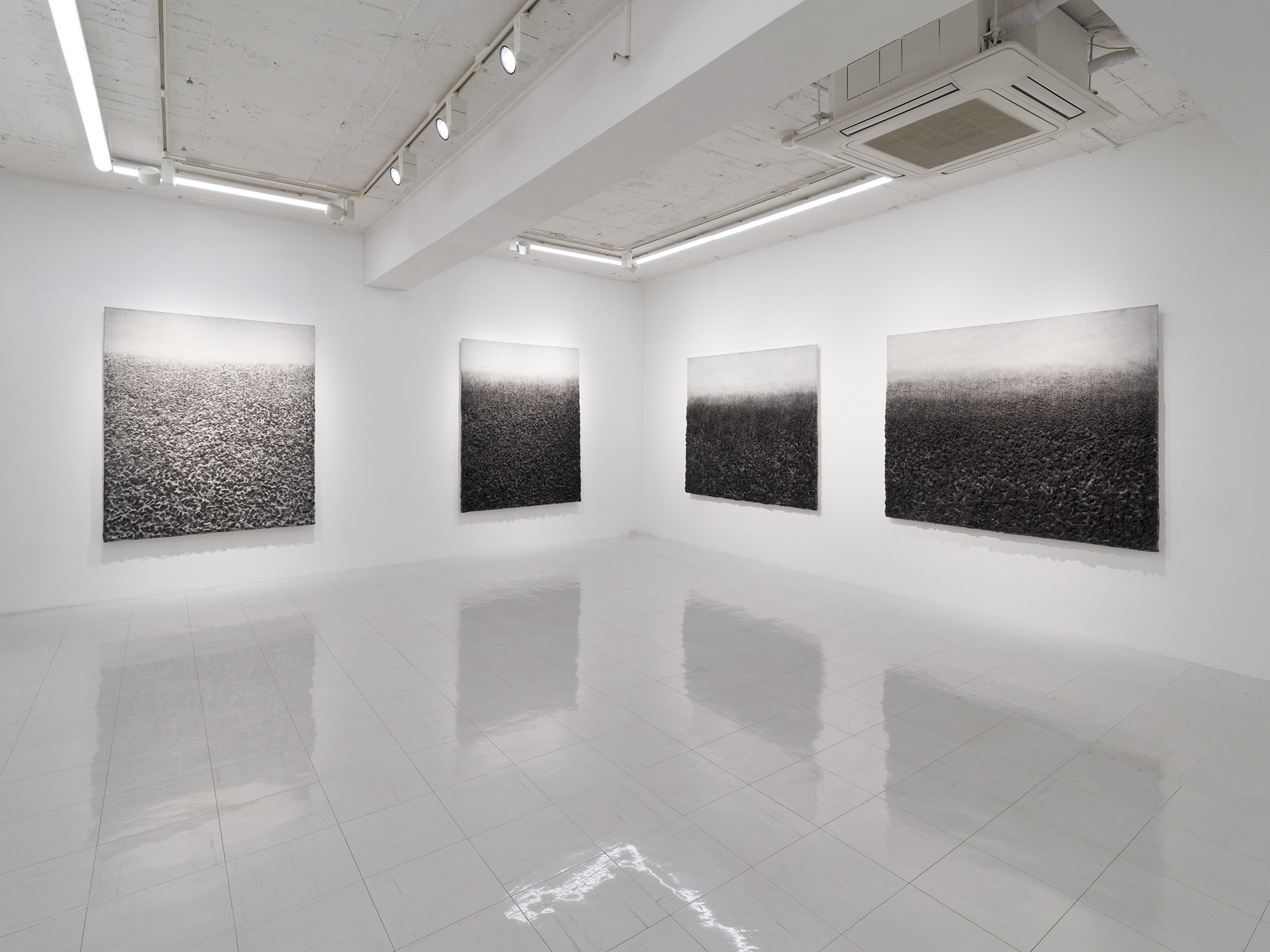 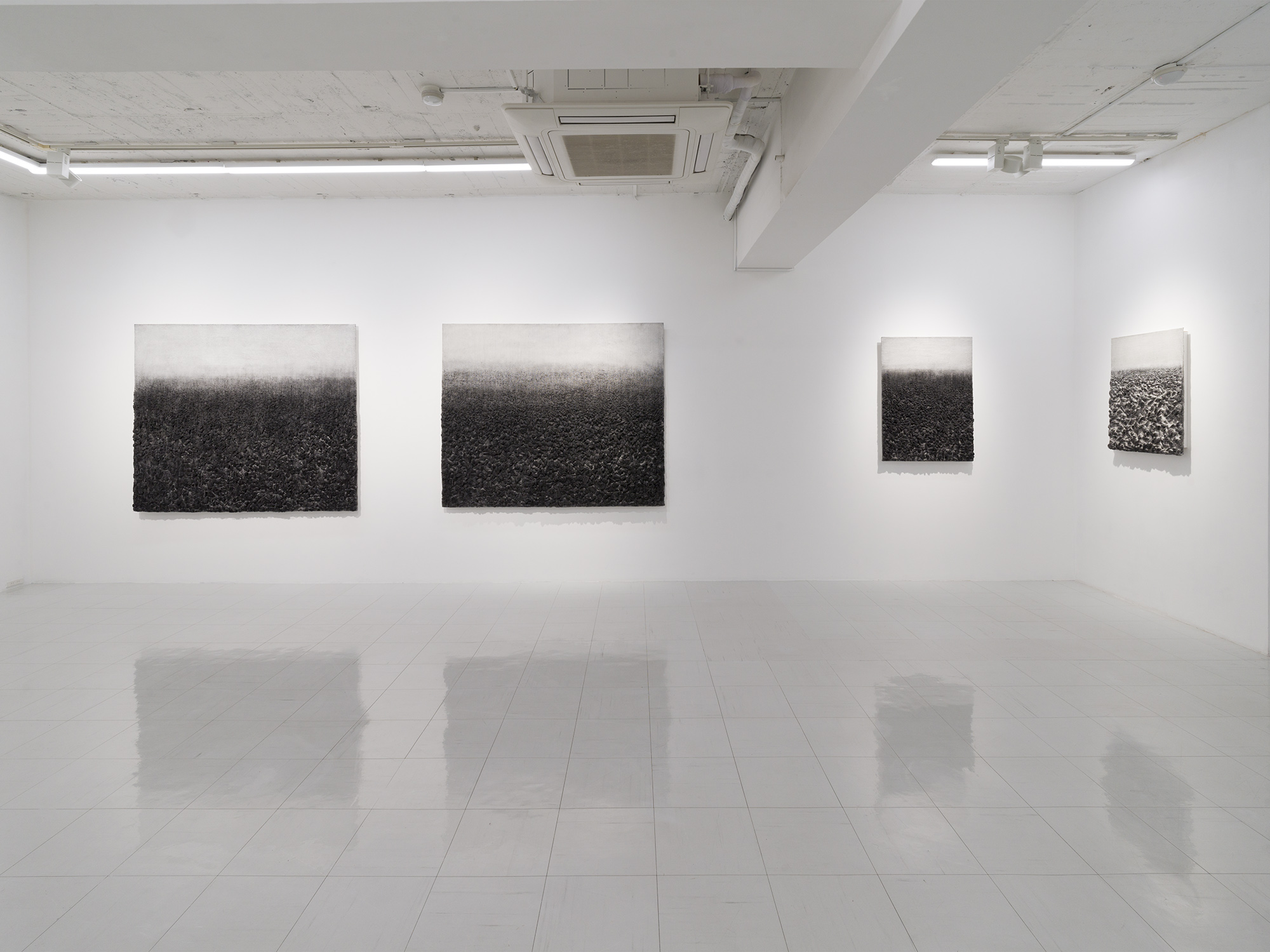 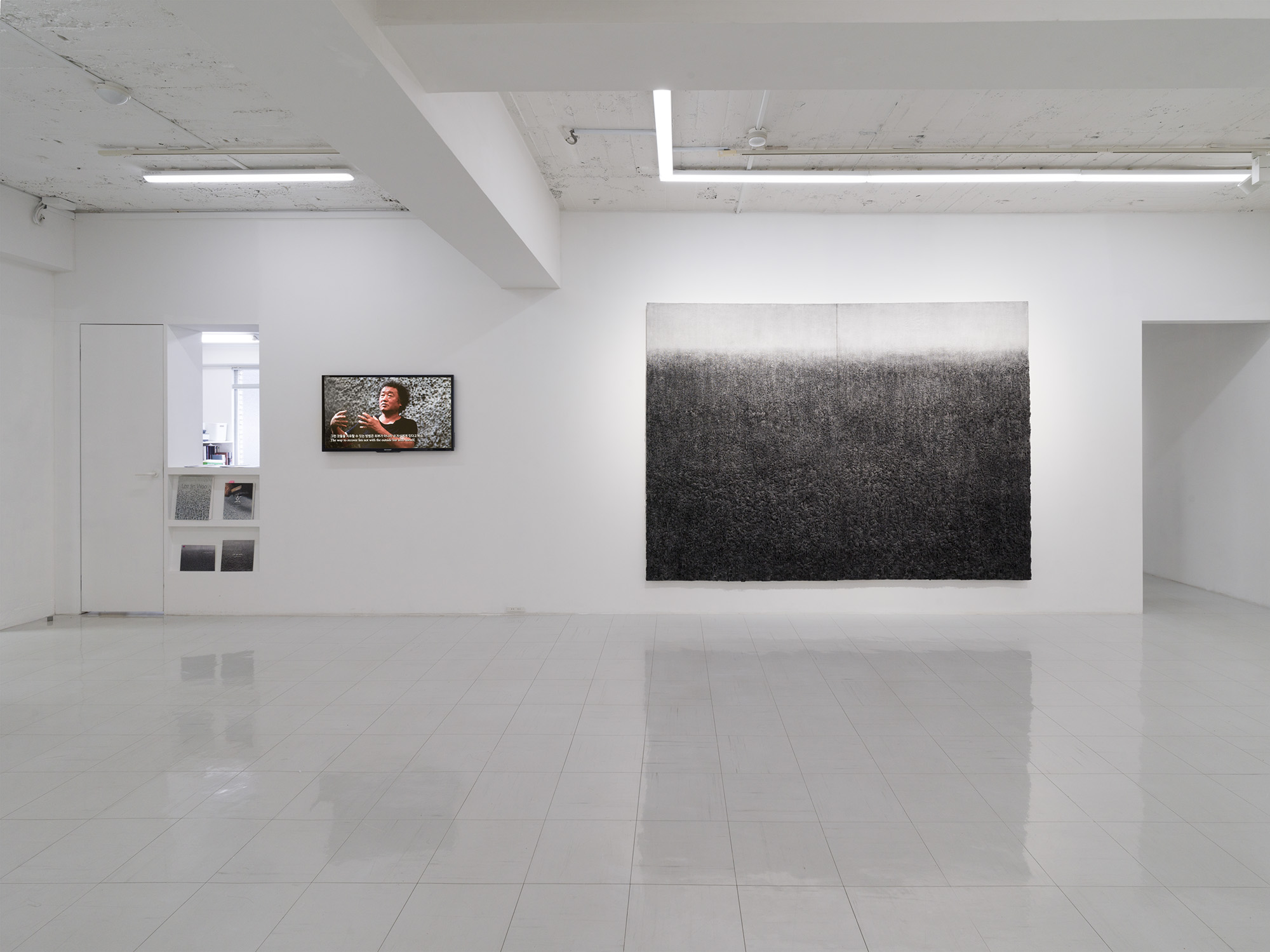 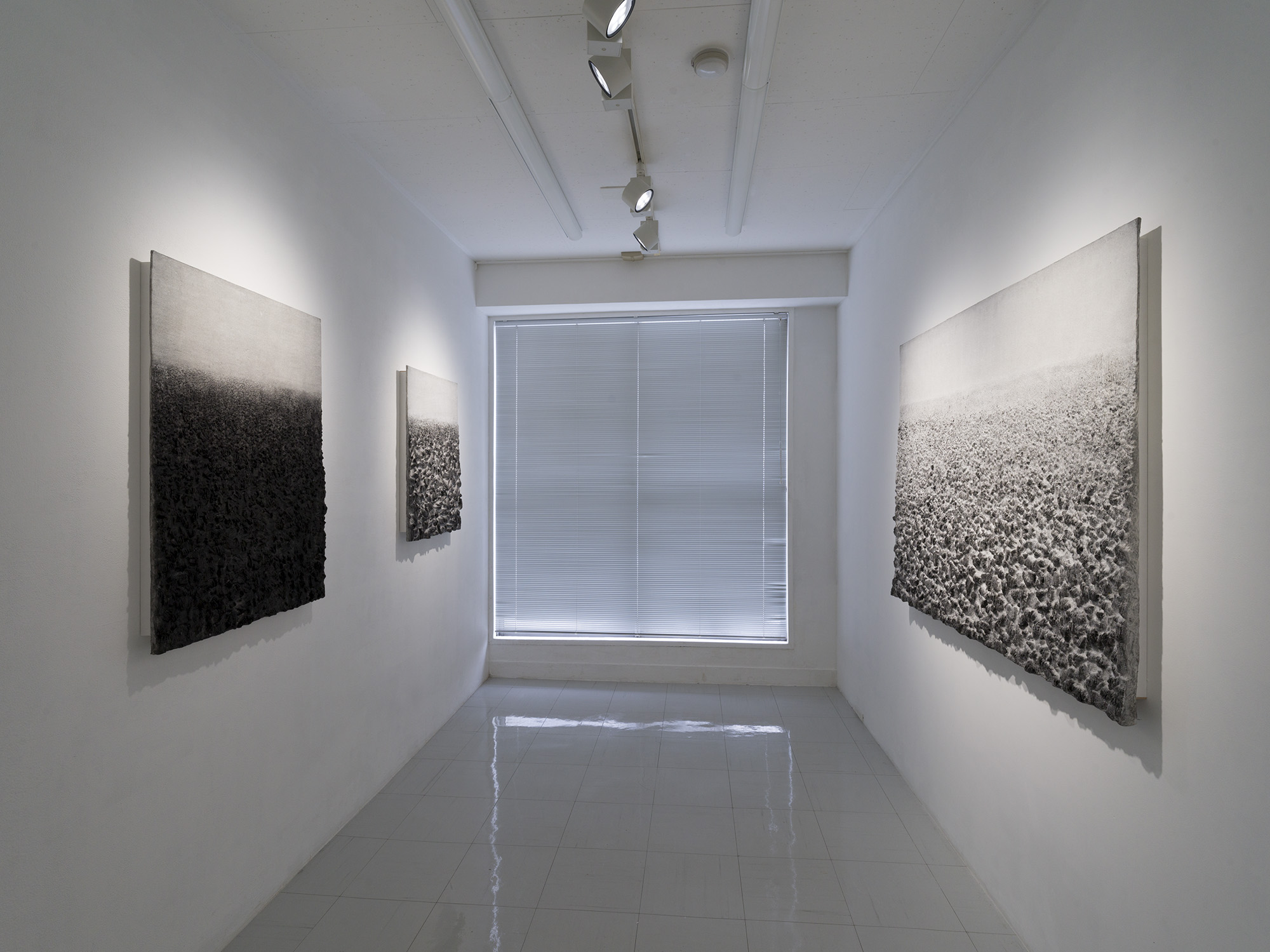 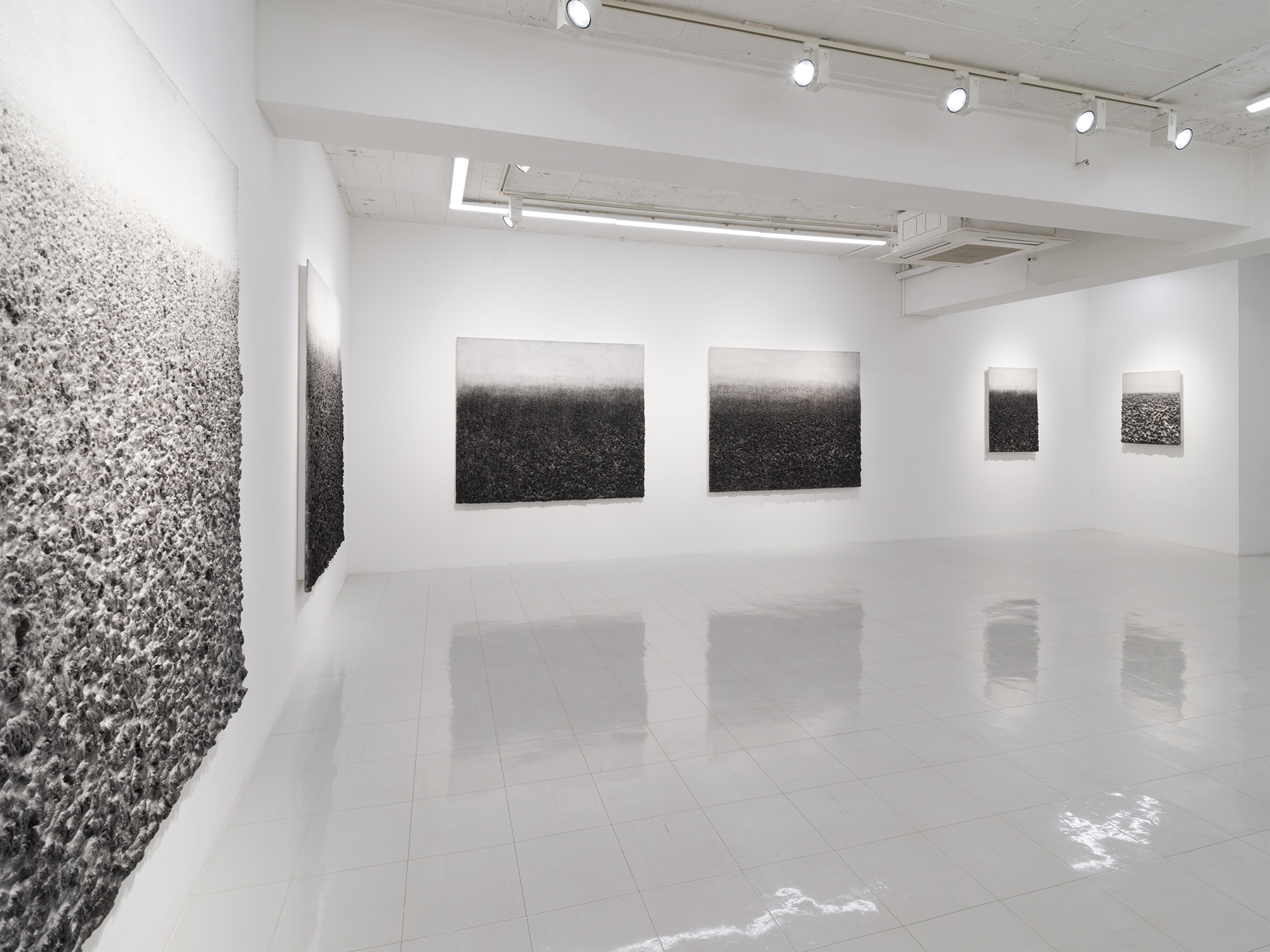 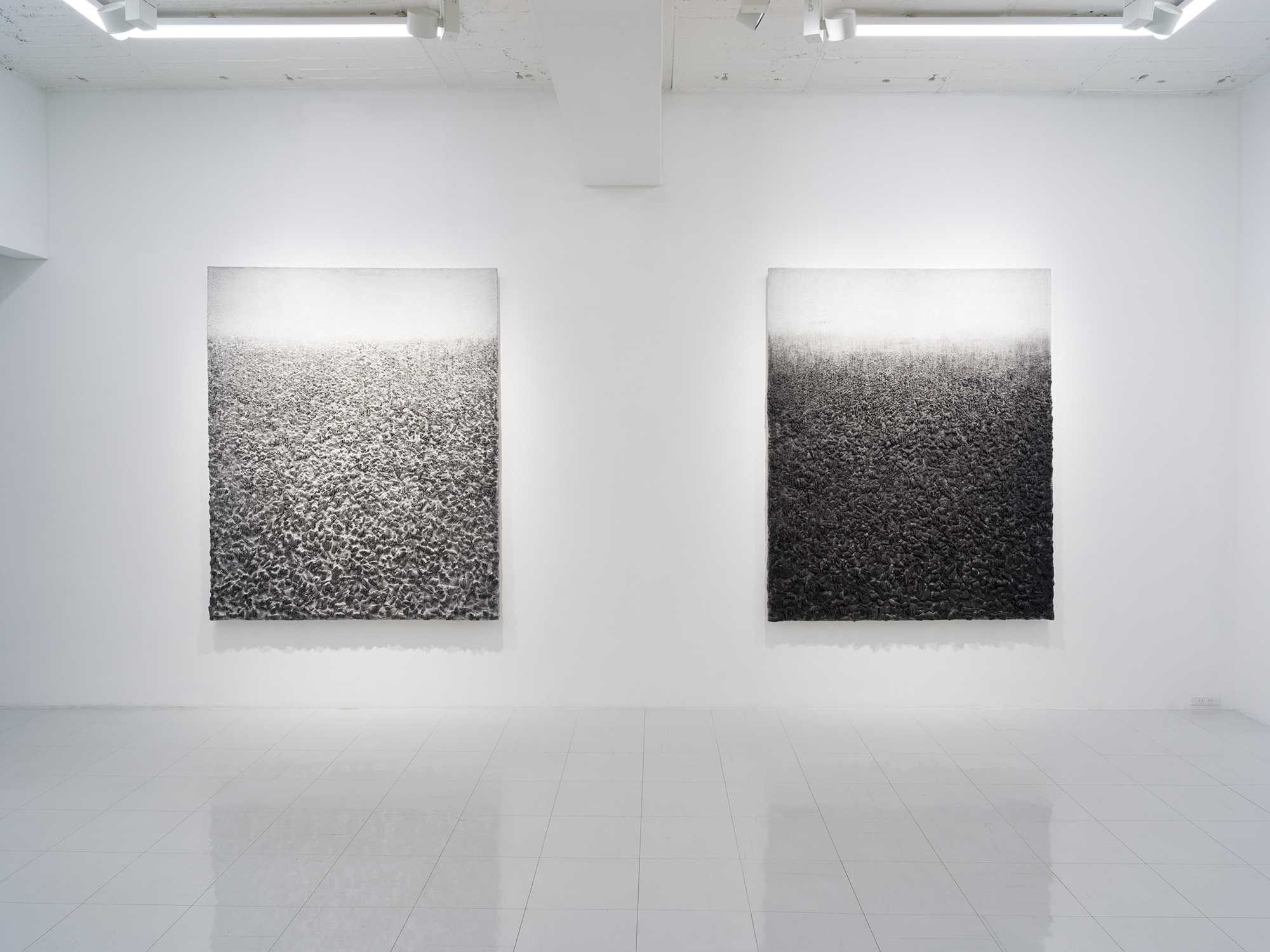 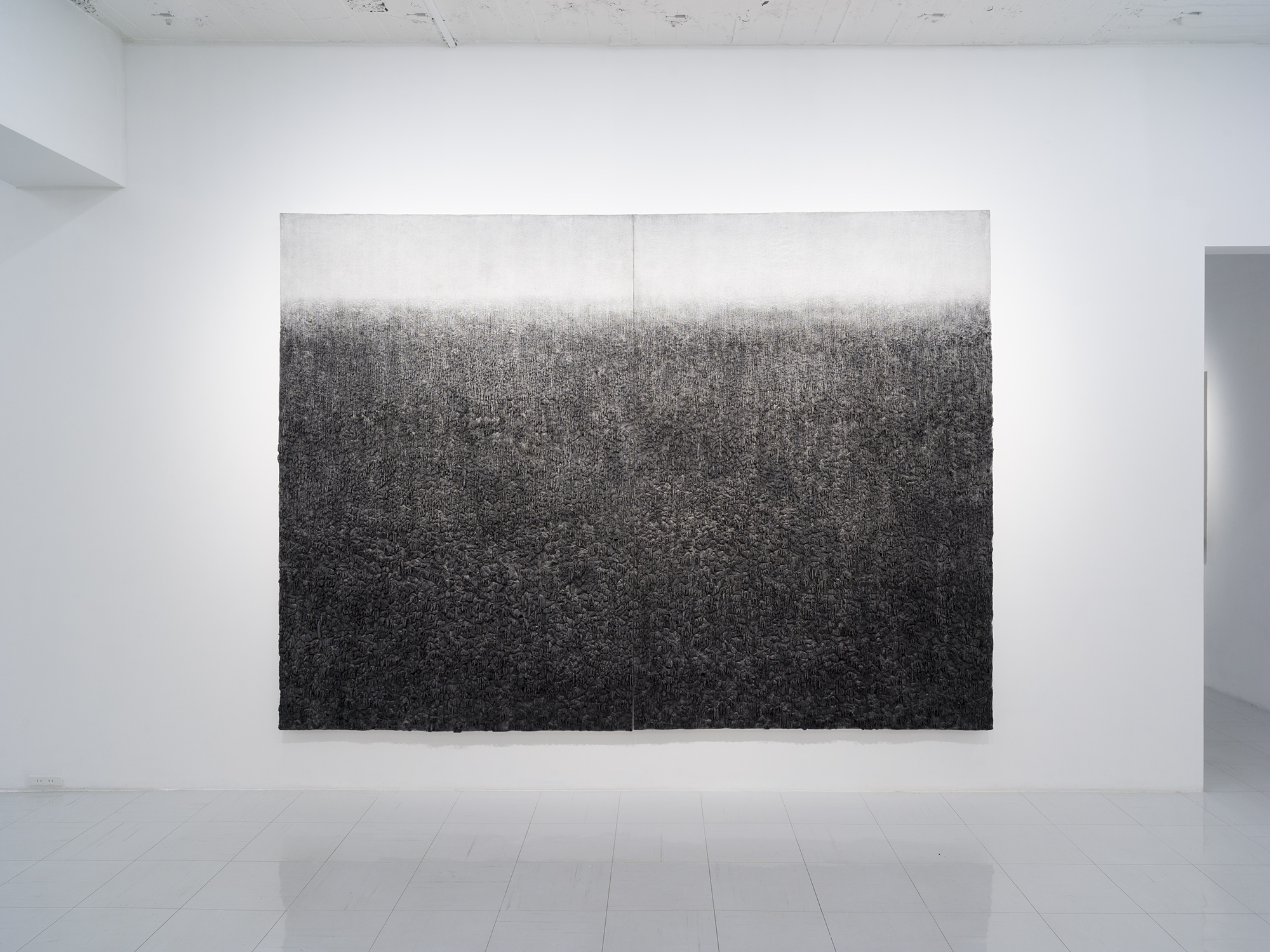 Tokyo Gallery + BTAP is pleased to present a solo exhibition of Lee Jin Woo. This exhibition is Lee’s second with the gallery, the first being in 2017.

Born in Seoul in 1959, Lee Jin Woo graduated from Sejong University in South Korea in 1983 before moving to France in 1986, where he obtained a degree in the plastic arts from Paris 8 University Vincennes-Saint-Denis and a degree in materials research from the École nationale supérieure des Beaux-Arts. Lee is currently based in Paris. It was during his time as a student in Paris that that Lee happened to witness the eruption of the Italian island of Stromboli, an event that had a profound effect on him: he collected ash from the eruption and took it home with him. Lee continues to use this ash as a motif in his works.

Lee’s works are characterized by their distinctive texture, which evokes a state of contemplation. To create these works, Lee employs a unique approach that involves sandwiching pieces of charcoal between multiple sheets of Korean hanji paper to create a canvas, which he then repeatedly strikes and scratches with a wire brush. The use of the wire brush brings about various changes in the texture of the canvas, as the imprint of pulverized charcoal embedded in what may be anything from a few sheets to several dozen sheets of paper creates pockmarked, monotonal works. Lee describes this process as ‘honest work’, and a way of expressing a certain ‘something’ that lurks inside of him without using his head or his brain. He says he needs to repeat this process of intense labour in order to avoid his ideas or thoughts being interfered with.

Lee’s works are included in the collection of Musée Cernuschi in Paris and were exhibited as part of the 2015/16 Seoul-Paris-Seoul exhibition and the 2018 Escal coréenne exhibition.

The exhibition will show 14 of Lee’s new artworks, including a large 200F-sized work. We look forward to your visit.

Lee JinWoo (b. 1959 in Seoul, Korea) is a Korean artist based in Paris, France. He graduated from Sejong University in Seoul in 1983 before moving to Paris in 1986 where he attended the École nationale supérieure des Beaux-Arts. Lee is part of a younger generation of Korean artists that comes after Park Seo-Bo and Lee Ufan, but is influenced by the Dansaekhwa.

Lee creates works characterized by monochromatic surfaces with unique textures. He does this by placing hanji (Korean paper) on top of charcoal and hitting it with an iron brush. This process is repeated many times to create a densely layered but fine surface. The ascetic way of Lee’s creative process and artistic expression serves as a sort of meditation. In it Lee expresses ‘something’ within himself without the intervention of his ‘mind’. This also resonates with the “repetition,” “training,” and “spirituality” features often seen in Dansaekhwa works.