Born 1970, Nagano Prefecture, Japan. Following his graduation with a major in Painting from the Fine Arts Department of Tokyo Zokei University, Nishizawa continued to work in the medium of printing, but moved to painting as he felt it was quicker at giving form to his thoughts. Having had a solo exhibition at Tokyo Opera City Gallery in 2003, won an award at VOCA in 2004, his work became critically acclaimed for its combined expression of unease towards society with its dark humor. In 2005 he held a solo exhibition at Tokyo Gallery, and continued to garner attention on the international stage with solo exhibitions in Hong Kong and Seoul. His work is known for its detailed, model-like depiction of crowds of people wearing suits or aprons against flat, unreal backgrounds. With his collaboration at Steinway Japan and a museum exhibition being held in Germany, he is continuing to make exciting developments in his work. 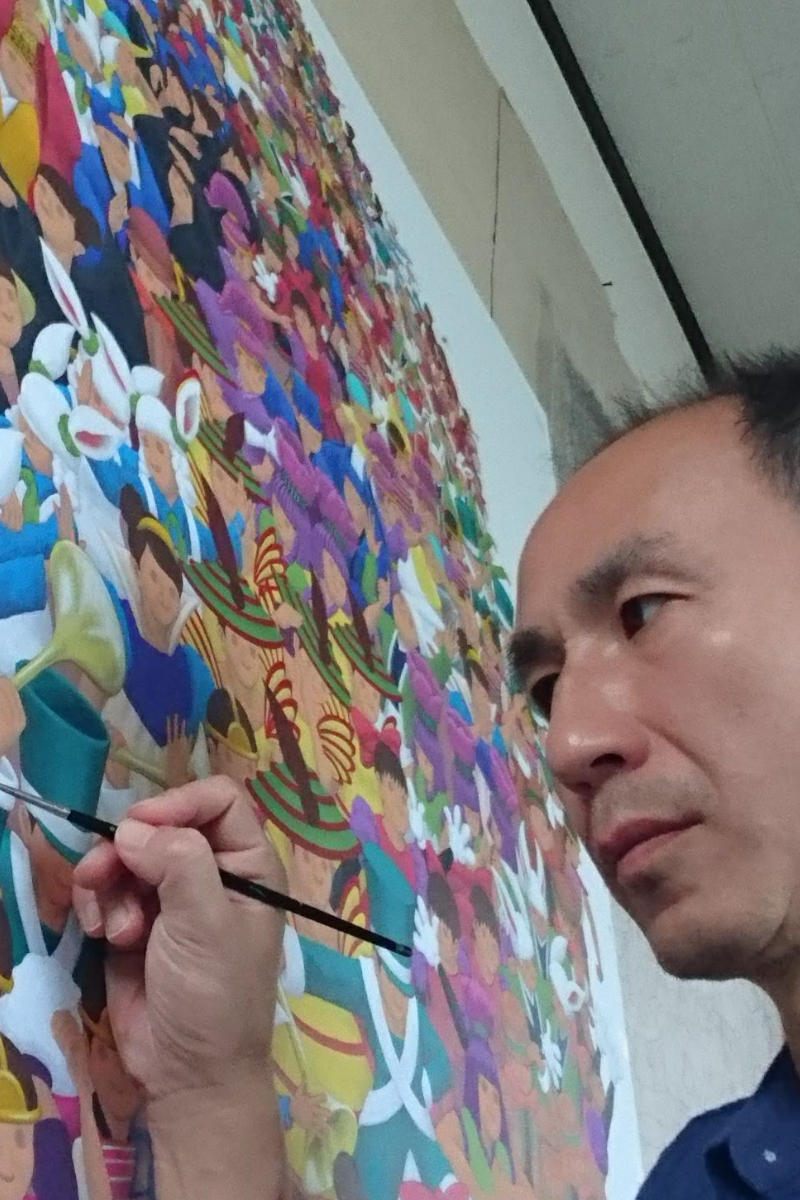