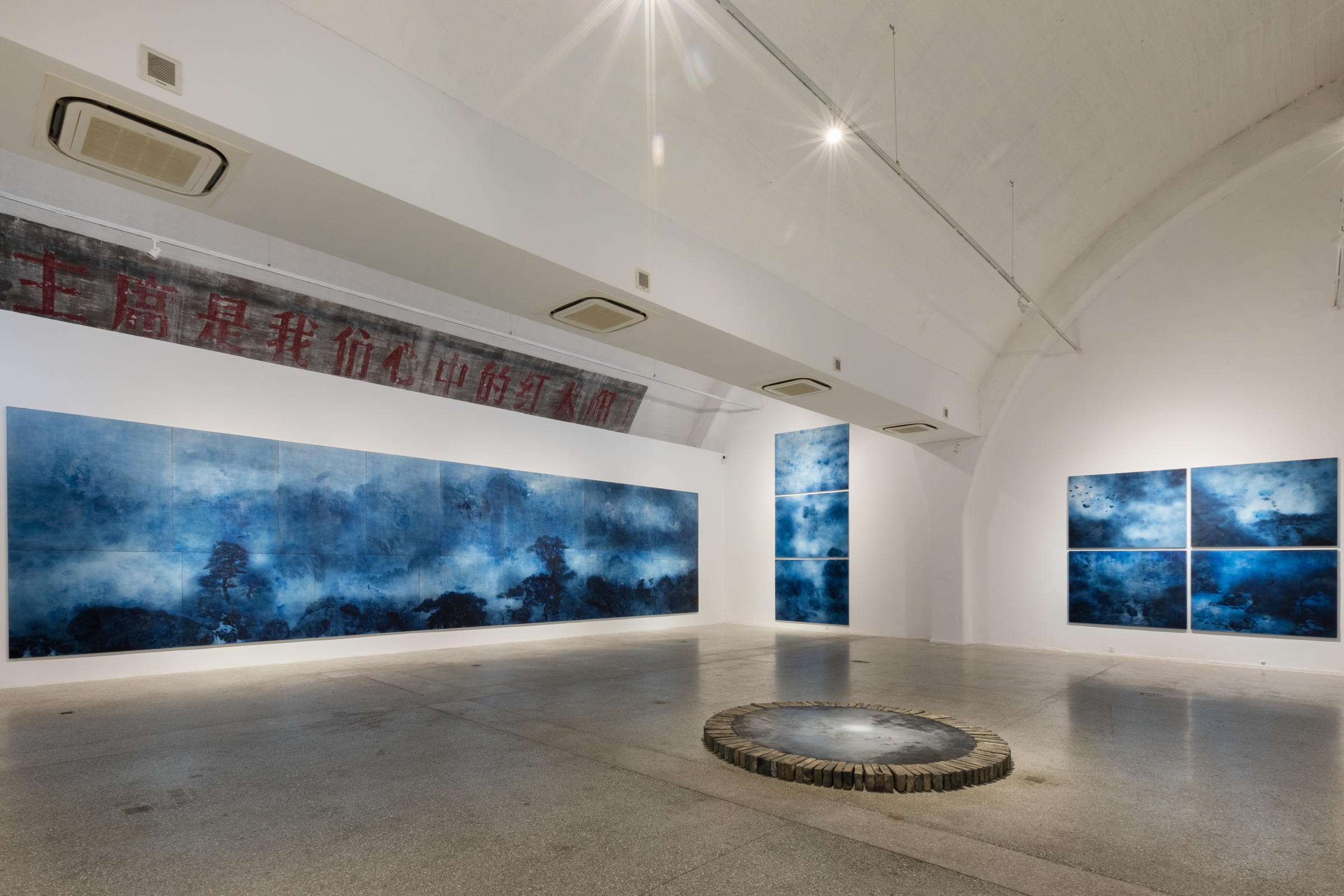 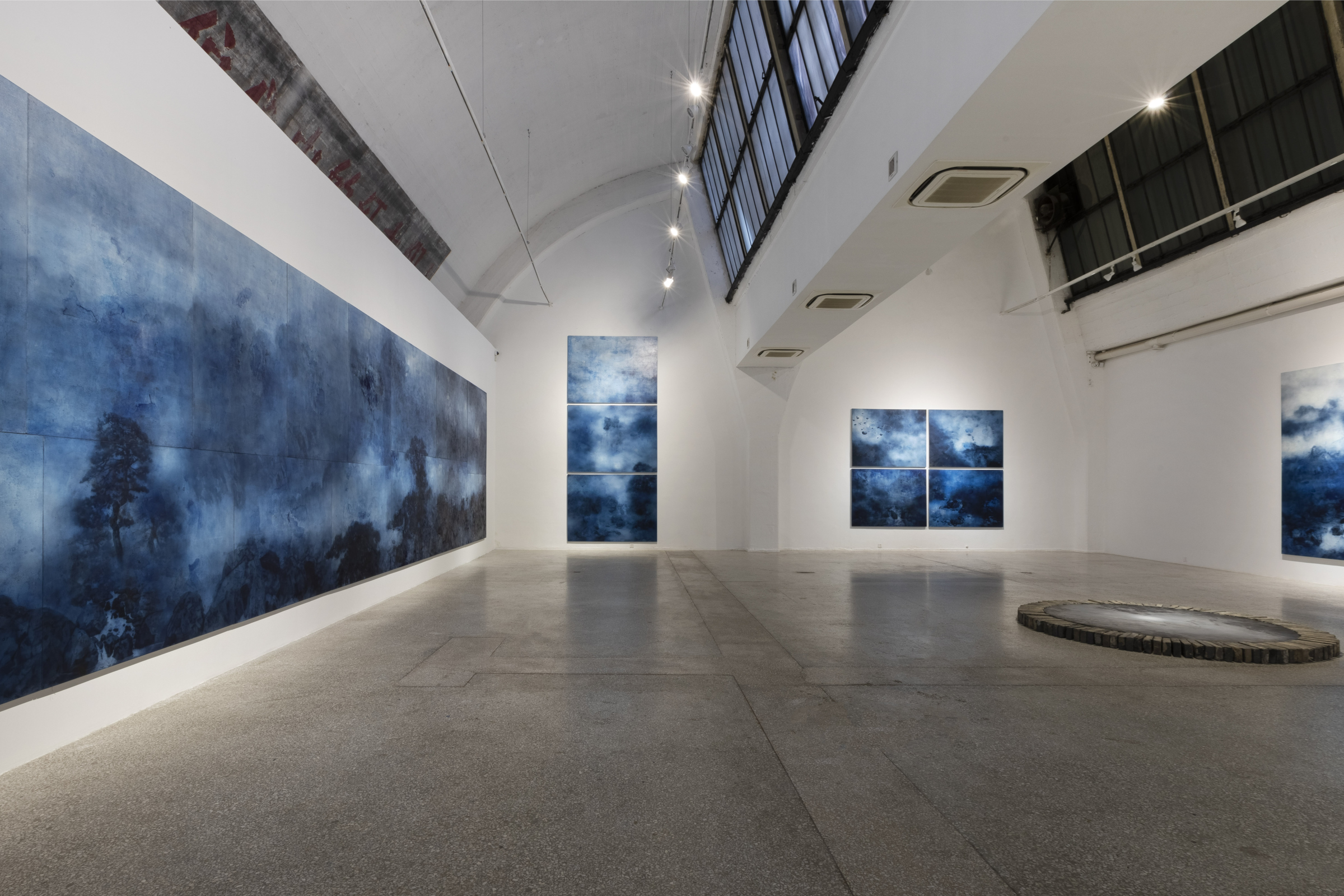 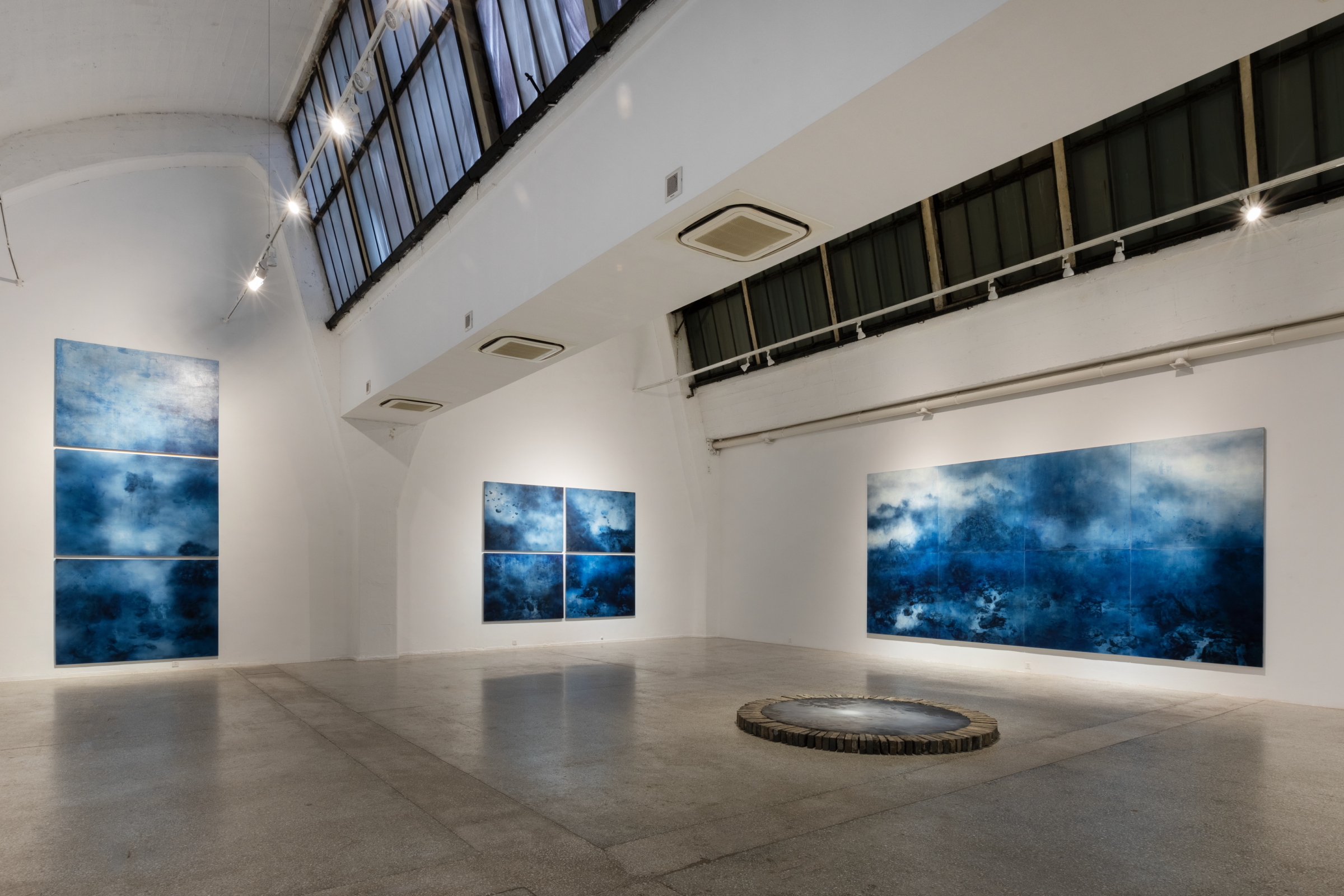 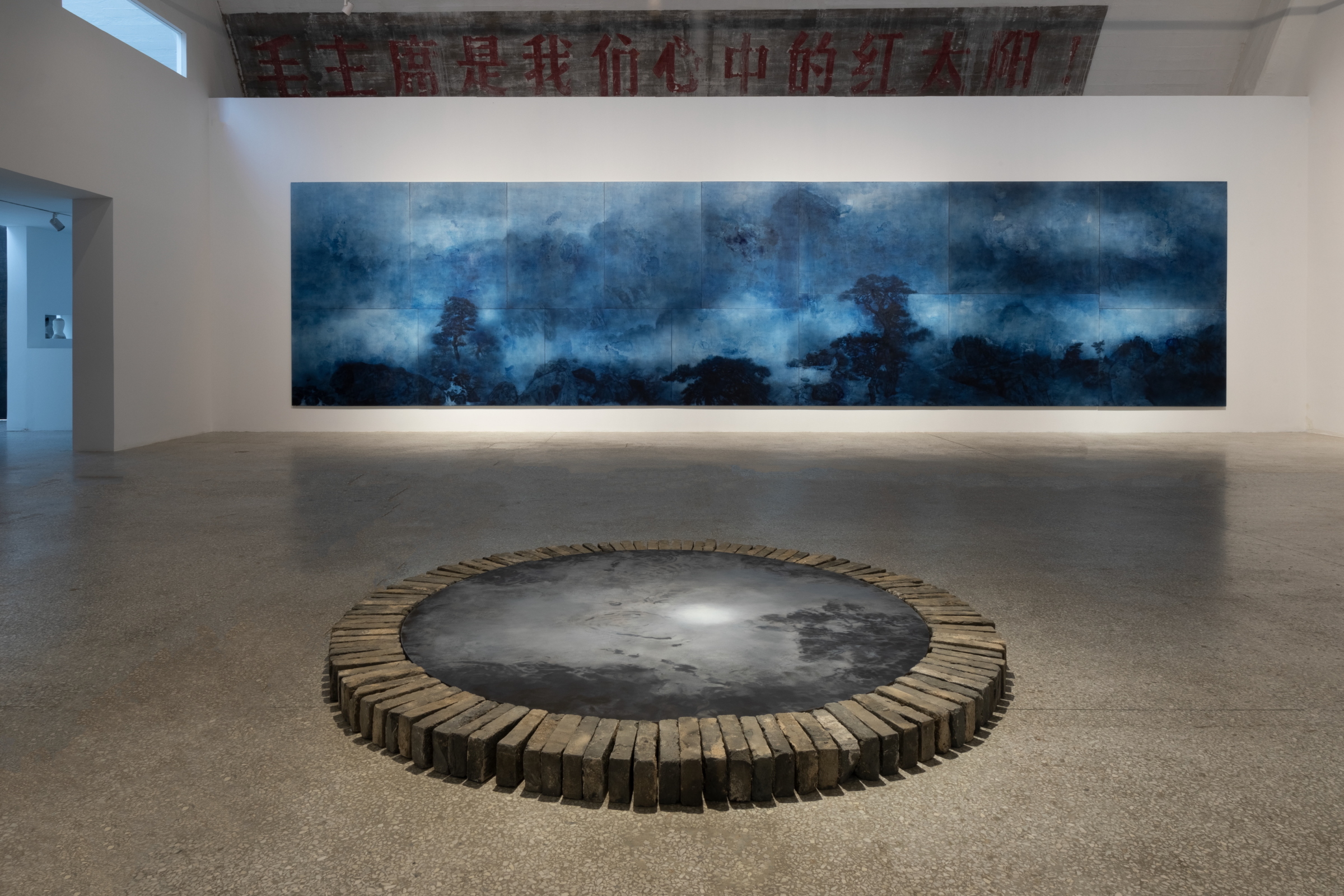 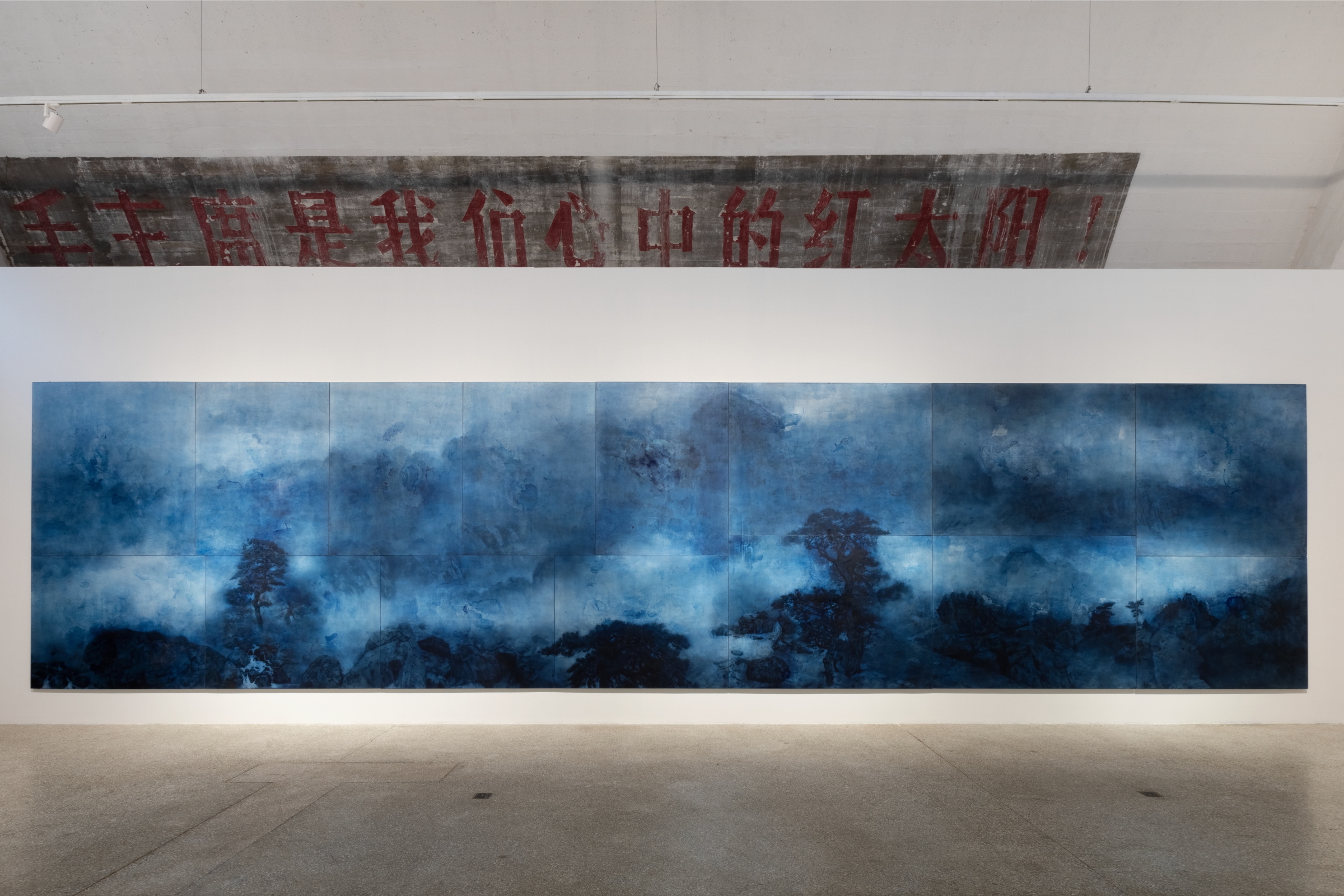 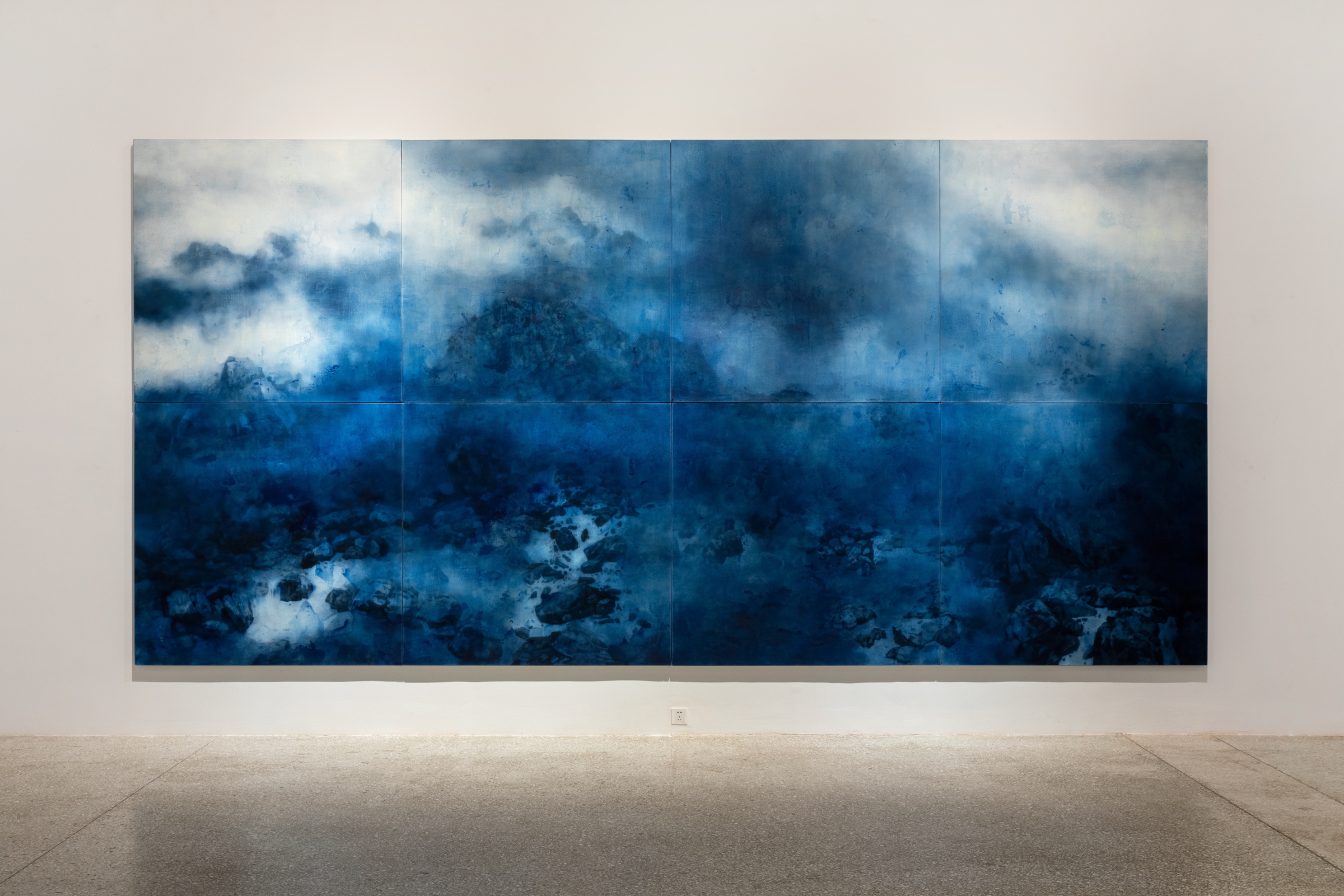 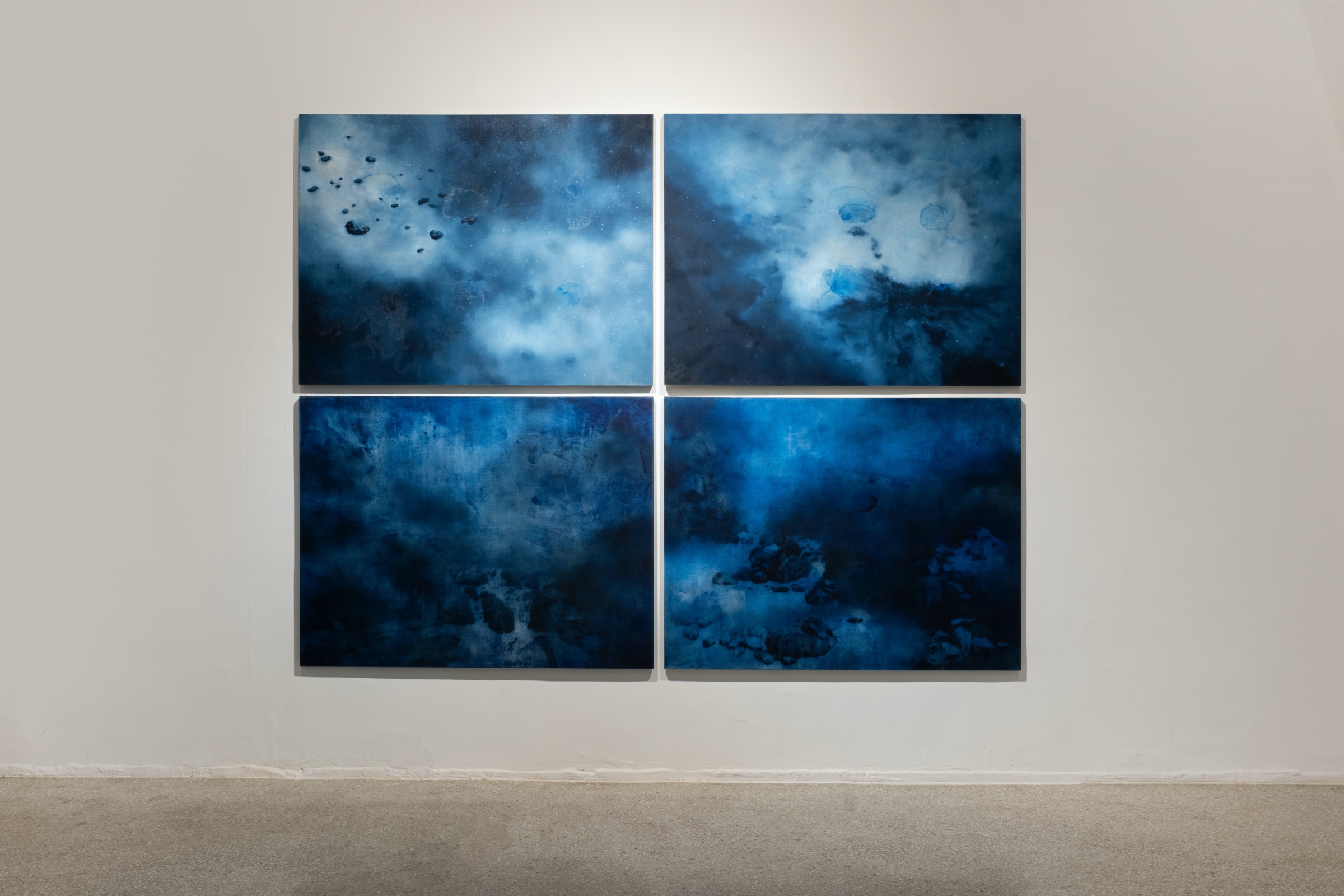 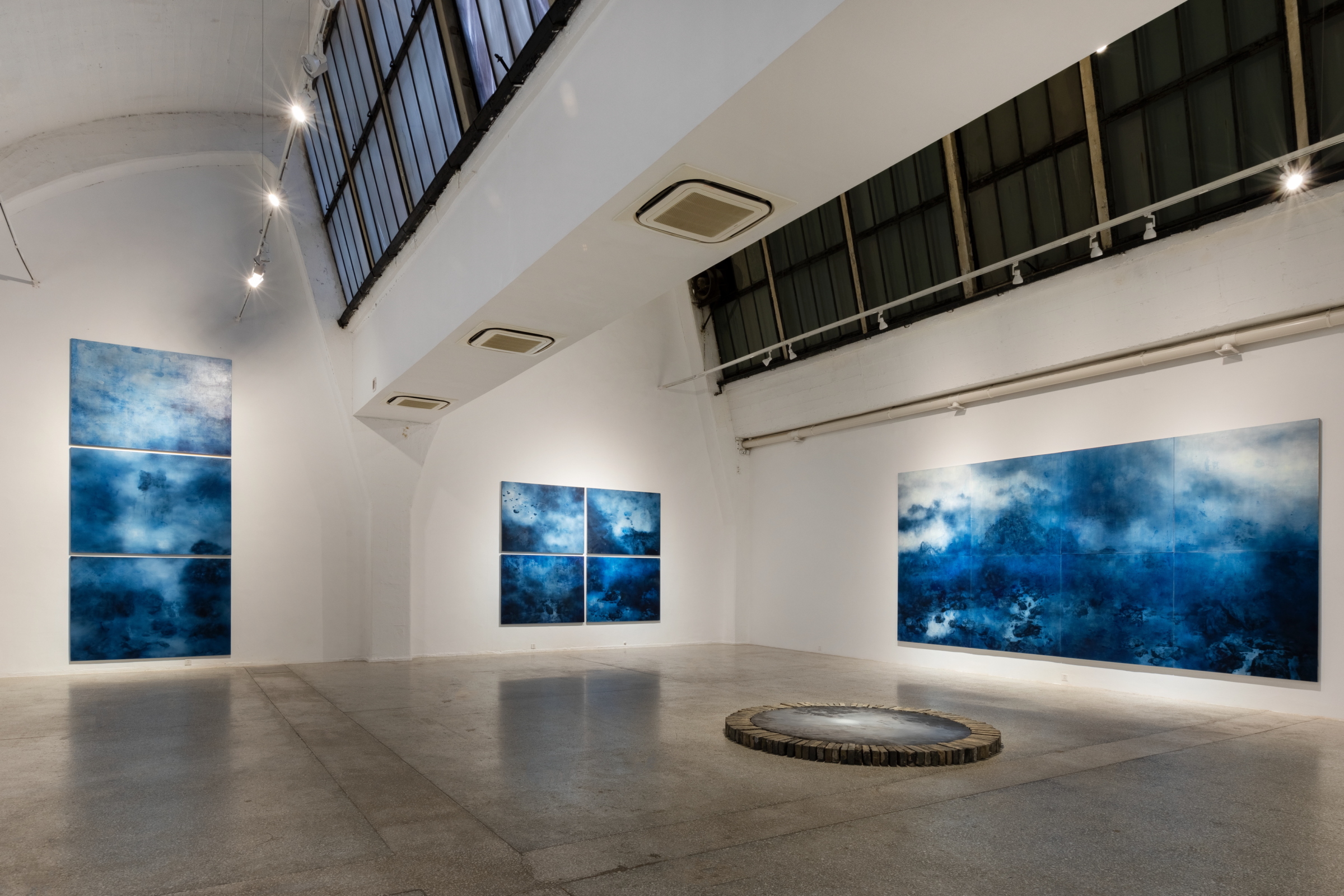 The Wonderland of Ye

Within the practice of his recent series, Ye Jianqing has continued his previous painterly language and style, while building upon it a new visual framework, that provides a contemporary transformation over the traditional language of Chinese aesthetic. Through combining the painterly mediums of the East and West, and under an overall blue visual coordination, the artist contemplates on the momentary image displayed by the cultural context of linear perspective and the expansion of focal point, as well as the control and alienation of human nature imposed by industrial civilization on which the mechanically reproduced images rely on. The artist attempts to unify the external natural world of the landscape with the internal spiritual world of human, and outward way of viewing (linear perspective and photography) with the inward way of viewing.

One can think of Ye Jianqing’s paintings a utopia of spiritual life, where the offshoots of brushstrokes and faint palette unfurl within the canvas, leading its audience into an otherworldly scene. The uncertainty engendered through the crisscrossing of oil and water-based pigments creates a picturesque utopia that appears at time flickering and unstable, within our reach yet far-flung.

Ye Jianqing was born in 1972 in Ningbo, Zhejiang Province. He studied at the Central Academy of Fine Arts in 1994 and received a Ph.D. in Plastic Arts-Oil Painting in 2007, where he now teaches as an associate professor in the Mural Department.

For a long time, Ye Jianqing has been researching and attempting to reinterpret the core concept of traditional Chinese painting. In the exhibition “New Mōrōism”, he reenacted the literati sentiments in the works of the Yuan-Dynasty painter Huang Gongwang by way of a 26-meter scroll titled Dwelling in the Fuchun Mountains. For Ye Jianqing, painting isn’t merely a language that represents the physical nature, but rather, a mean to better comprehend and approach the self. This is in accordance with the fundaments of traditional Chinese thoughts, which strives for space and context that exceed the earthly mundane. When surround by a thick fog out of a sudden, most people will often feel anxious and at the same time, notice the mysterious presence of “qi”. Many ancient Chinese painters were devoted to express this sense of “qi” through the language of painting. This school of thought even influences the rest of Asia. Ye Jianqing’s works not only offer us a numinous spatial experience, but also a coexistence between time and “I”.