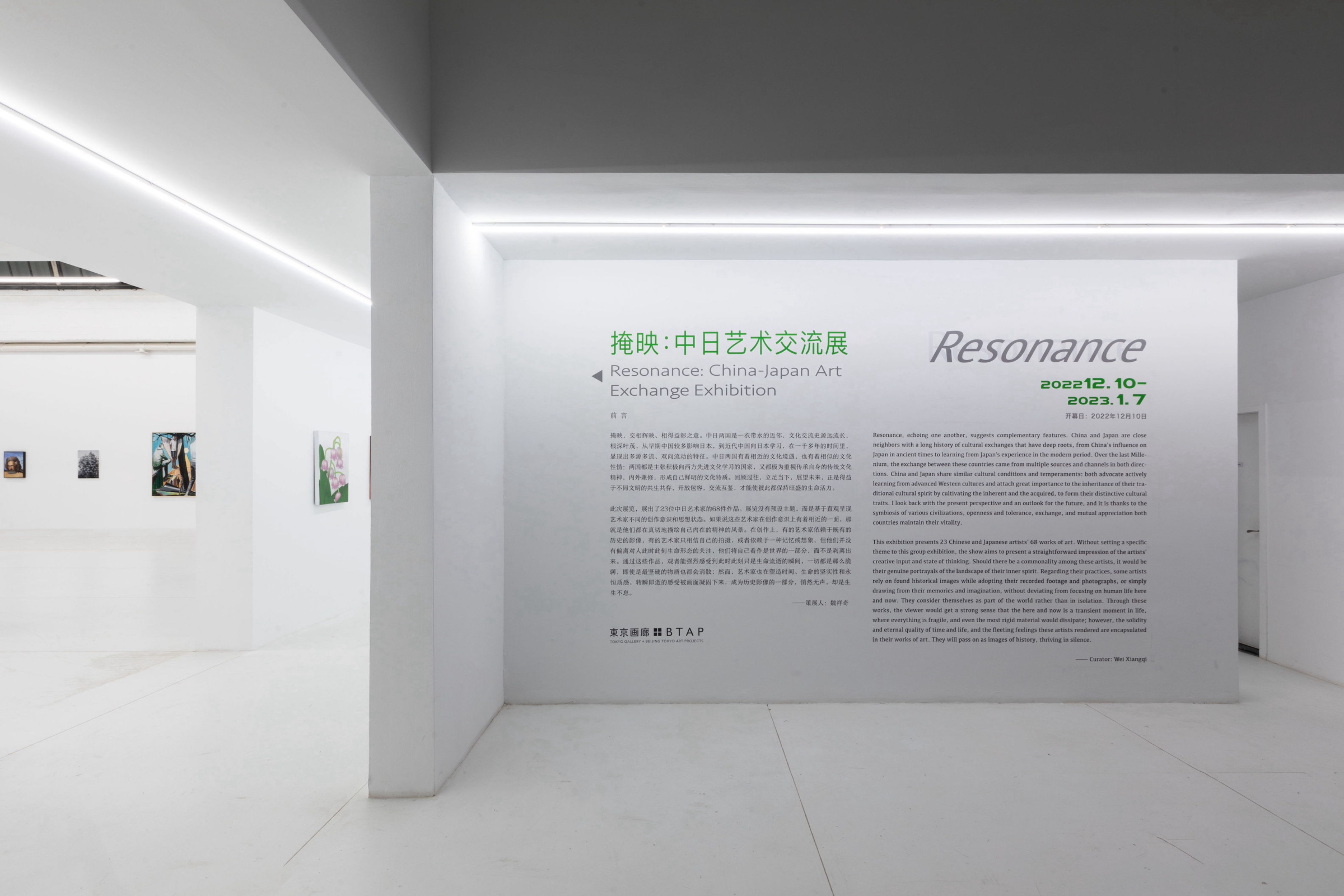 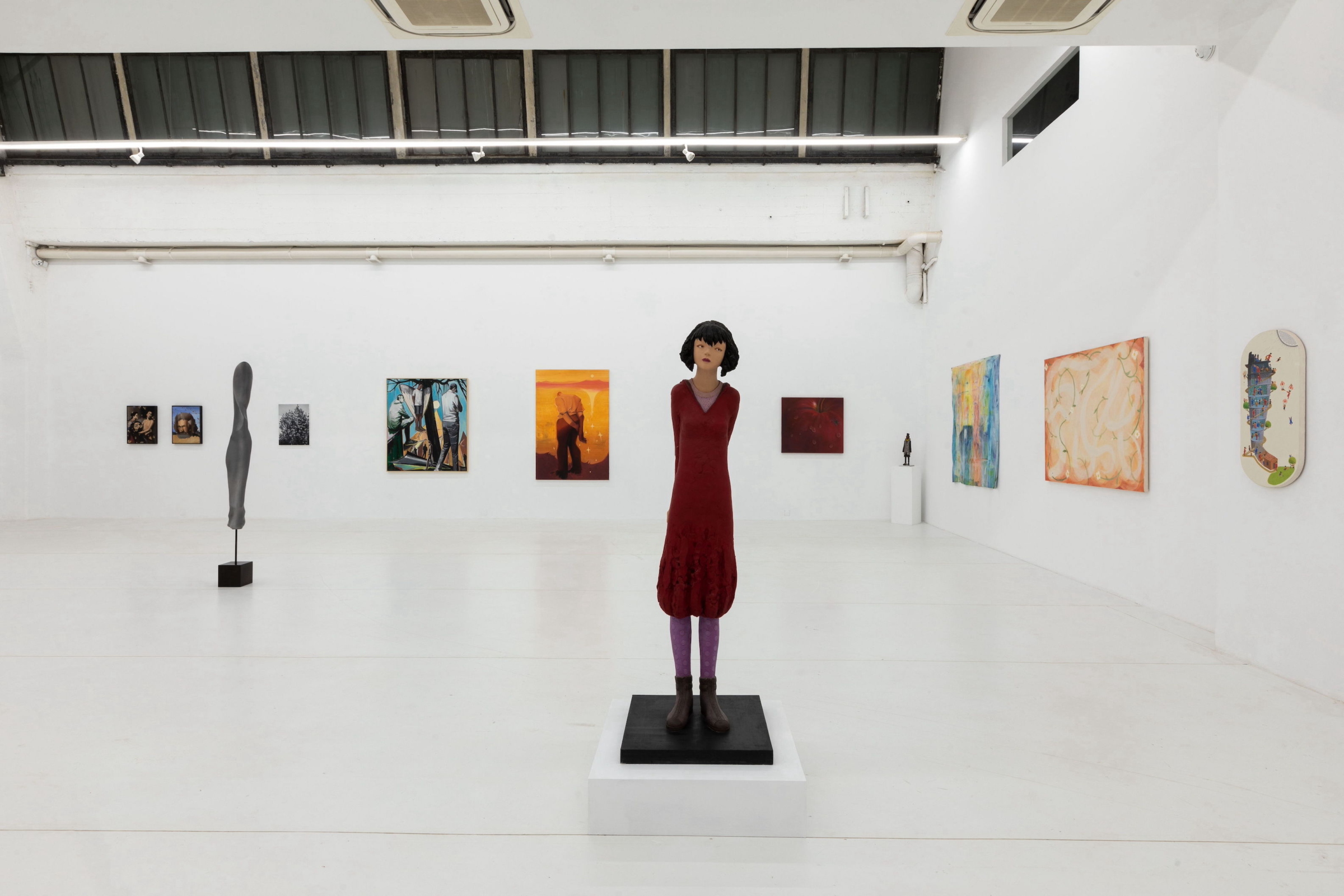 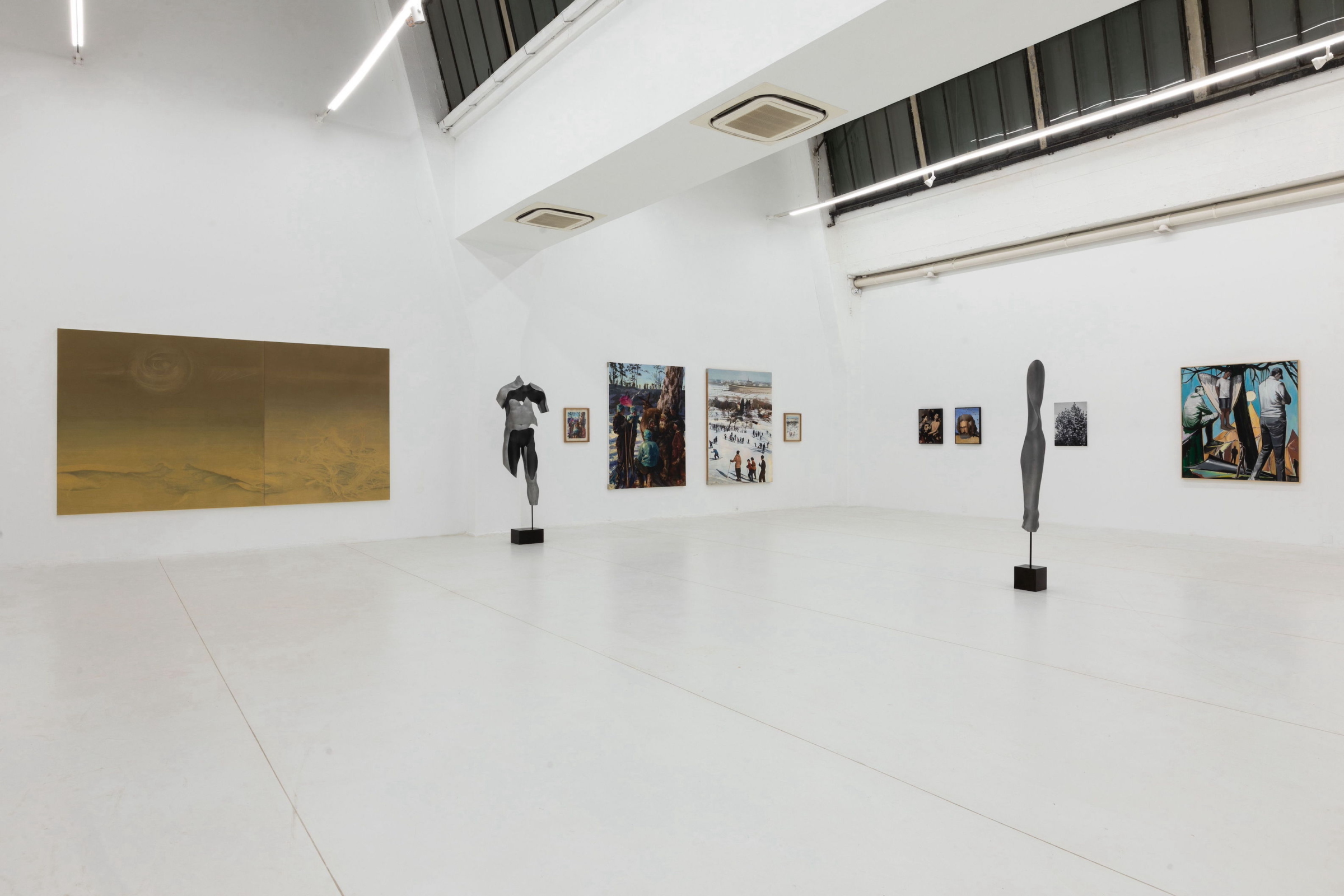 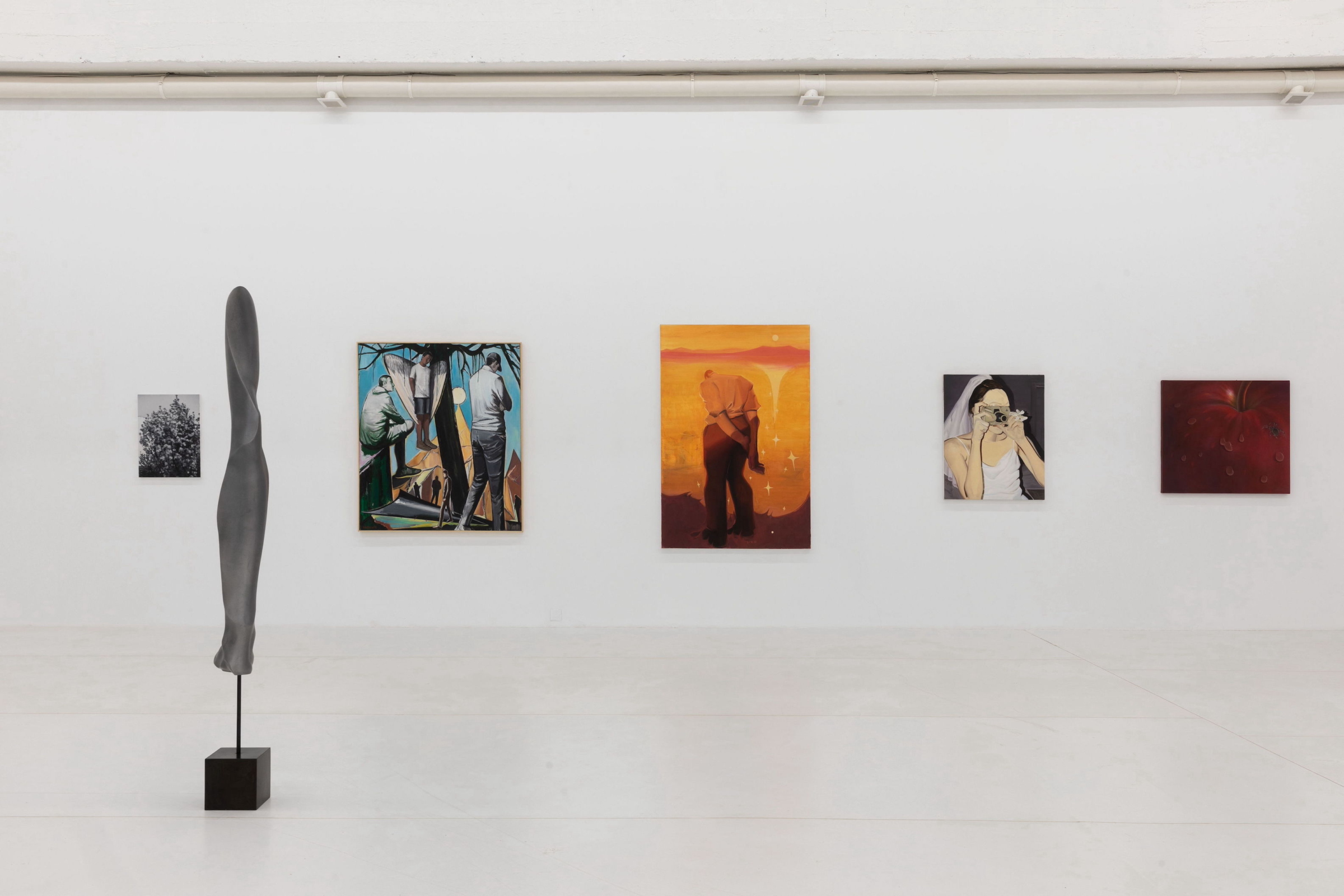 Without setting a specific theme for this exhibition, the works on view are selected based on the artists’ creative consciousness and state of mind. Generally speaking, the artworks of Guan Yong, Liu Yang, Lin Fir, Wu Sibo, Du Hui, Ouyang Sulong, Wu Bo, and Jiang Feimo highlight a profound historical and humanistic consciousness. While works by Shimura Bros, Wang Yongxue, Kanazawa Yuna, and Zhu Baoyuan show an integrated consciousness of life between humans and nature. Wang Yingying, Xiong Xuan, Li Wenjie, and Shinno Garyu present a life consciousness of integration between human beings and nature. The works of Li Wenjie, Niino Karuna, and Miura Risa reveal a strong sense of femininity and self-awareness. In contrast, the artworks of Kitagawa Hiroto, Zhang Xu, Wang Yilong, Zheng Mengqiang, and Nishizawa Chiharu reveal an array of emotions of urbanites, including warmth and solitude.

Resonance, echoing one another, suggests complementary features. China and Japan are close neighbors with a long history of cultural exchanges that have deep roots, from China’s influence on Japan in ancient times to learning from Japan's experience in the modern period. Over the last Millenium, the exchange between these countries came from multiple sources and channels in both directions. China and Japan share similar cultural conditions and temperaments: both advocate actively learning from advanced Western cultures and attach great importance to the inheritance of their traditional cultural spirit by cultivating the inherent and the acquired, to form their distinctive cultural traits. I look back with the present perspective and an outlook for the future, and it is thanks to the symbiosis of various civilizations, openness and tolerance, exchange, and mutual appreciation both countries maintain their vitality.

During the Tang Dynasty (618-907), Japan sent envoys and foreign students to China to study politics, economics, religion, and culture with the famous monk Jianzhen, who crossed the border and built the Toshodai-Ji Temple in Nara (built in 759 and completed in 770), which became a remarkable landmark in the history of Sino-Japanese cultural exchanges. In the Song Dynasty (960-1279), Zen Buddhism was introduced to Japan, significantly influencing Japanese culture. During the Kamakura Period (1185-1333), a large number of caricatures by Liang Kai and Mu Xi (Hachioji monks) were introduced to Japan, which was referred to as Southern Song Painting, and their profound impact lasted until the Muromachi period (1336-1573) and the Edo period (1603 – 1868), which became Nanga school of painting in Japan. During the Edo period, the Kano and Rinpa schools flourished while Ukiyo-e prints became popular, shaping features of Japanese painting while distinguishing them from Chinese painting styles.

During the Meiji era (1868-1912), Japan launched the reform movement of the Restoration and actively learned from the West. It was also a time when modern Japanese art movements emerged, including the Tenpyo Painting Society and the Hakuba Painting Society studied Western painting, as well as the New Japanese paintings of Taikan Yokoyama and Shunso Hishida who incorporated the light and airiness of Western painting, to shape new art in Japan. At the same time, the Chinese modern art movement was also underway; a large number of artists, such as Li Shutong, Gao Jianfu, Chen Shurin, Chen Baoyi, Wang Yuezhi, Chen Chengbo, Guan Liang, Xu Xingzhi, Fu Baoshi, Guan Zilan, Ni Yide, Wei Tianlin, Wang Shikou, Lai Xiongcai, and others studied or traveled to Japan, who in turn, injected intellectual vitality into the modernization and transformation of Chinese art. More and more studies show that the direction of knowledge transmission in the first half of the 20th century was not one-directional – from Japan to China but through multi-directional exchange and interaction between the two countries. Moreover, along with constructing a global historical perspective, stripping away the fog, the history of Sino-Japanese art exchanges in the 20th century will become increasingly diverse and critical.

On September 25, 1972, Japanese Prime Minister Kakuei Tanaka visited China, and the two sides issued the Sino-Japanese Joint Declaration, announcing the normalization of diplomatic relations between China and Japan and deciding to establish lasting peaceful and friendly relations between the two countries based on the Five Principles of Peaceful Coexistence. Since then, the all-around exchanges between China and Japan in politics, economy, culture, and education have entered a new historical phase. And since we entered the new century, exchanges in art education, creation, exhibition, and research have become more frequent, extensive, and in-depth, promoted by both the governments and the private sector.

Since 1989, Tokyo Gallery has organized a series of exhibitions of Chinese artists in Tokyo, including the first overseas exhibition of Chinese modern art, "Special Exhibition: Chinese Contemporary Artists Now," launched in July 1989, followed by solo exhibitions for artists such as Xu Bing, Cai Guoqiang, Huang Rui, Liu Wei, Wang Shuye, and others, as well as hosting the ten years and twenty years commemorative exhibition of the "Star Art Group," showing more than ten artists' works. In July 2002, Tokyo Gallery set up Beijing Tokyo Art Project space in 798 Art District and had since presented 126 exhibitions. If the gallery devoted its first five years to promoting contemporary Chinese art, the second five years introduced Mono-ha and other modern and contemporary Japanese art to China. The last ten years have been dedicated to “Neo-Moroism" in building new art forms grounded on universal visual understanding among East Asian Countries. In other words, Tokyo Gallery + BTAP has been promoting the exchange and interaction between Chinese and Japanese contemporary art for more than thirty years and has significantly contributed to the art exchange between China and Japan.

Should there be a commonality among the artists in this exhibition, it would be their genuine portrayals of the landscape of their inner spirit. Regarding their practice, some artists rely on found historical images while adopting their recorded footage and photographs, or simply drawing from their memories and imagination, without deviating from focusing on human life here and now. They consider themselves as part of the world rather than in isolation. Through these works, the viewer would get a strong sense that the here and now is a transient moment in life, where everything is fragile, and even the most rigid material would dissipate; however, the solidity and eternal quality of time and life, and the fleeting feelings these artists rendered are encapsulated in their works of art. They will pass on as images of history, thriving in silence.