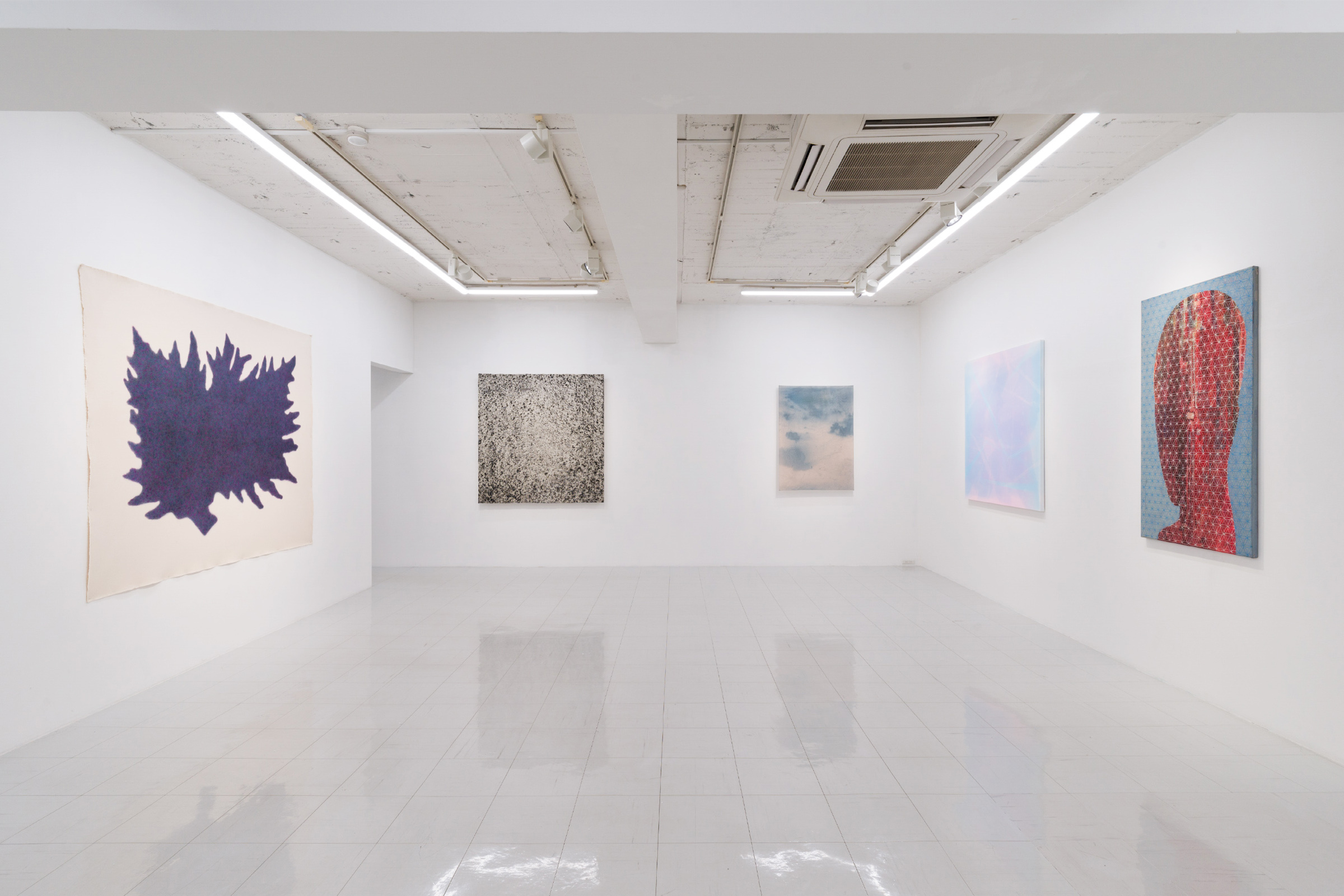 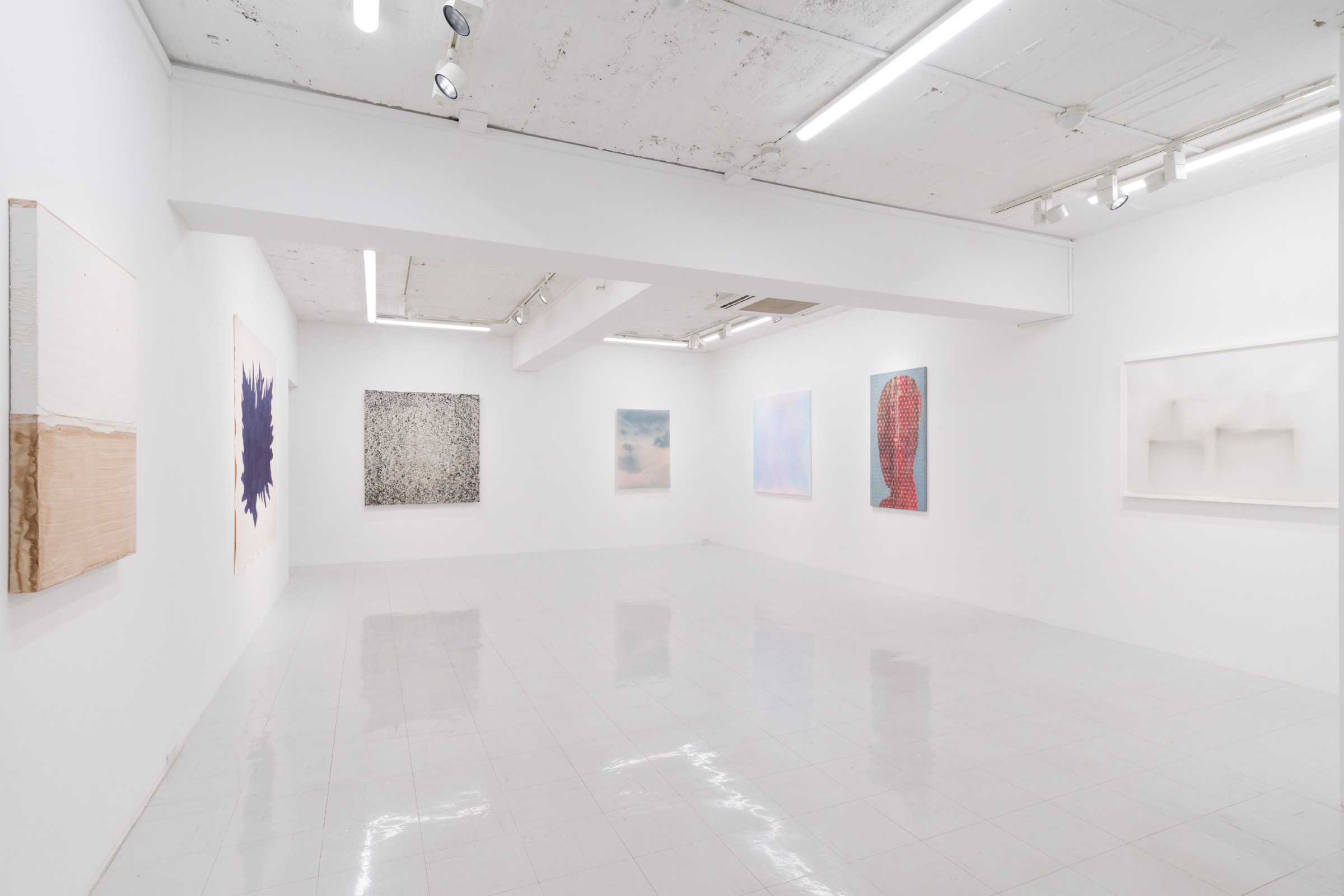 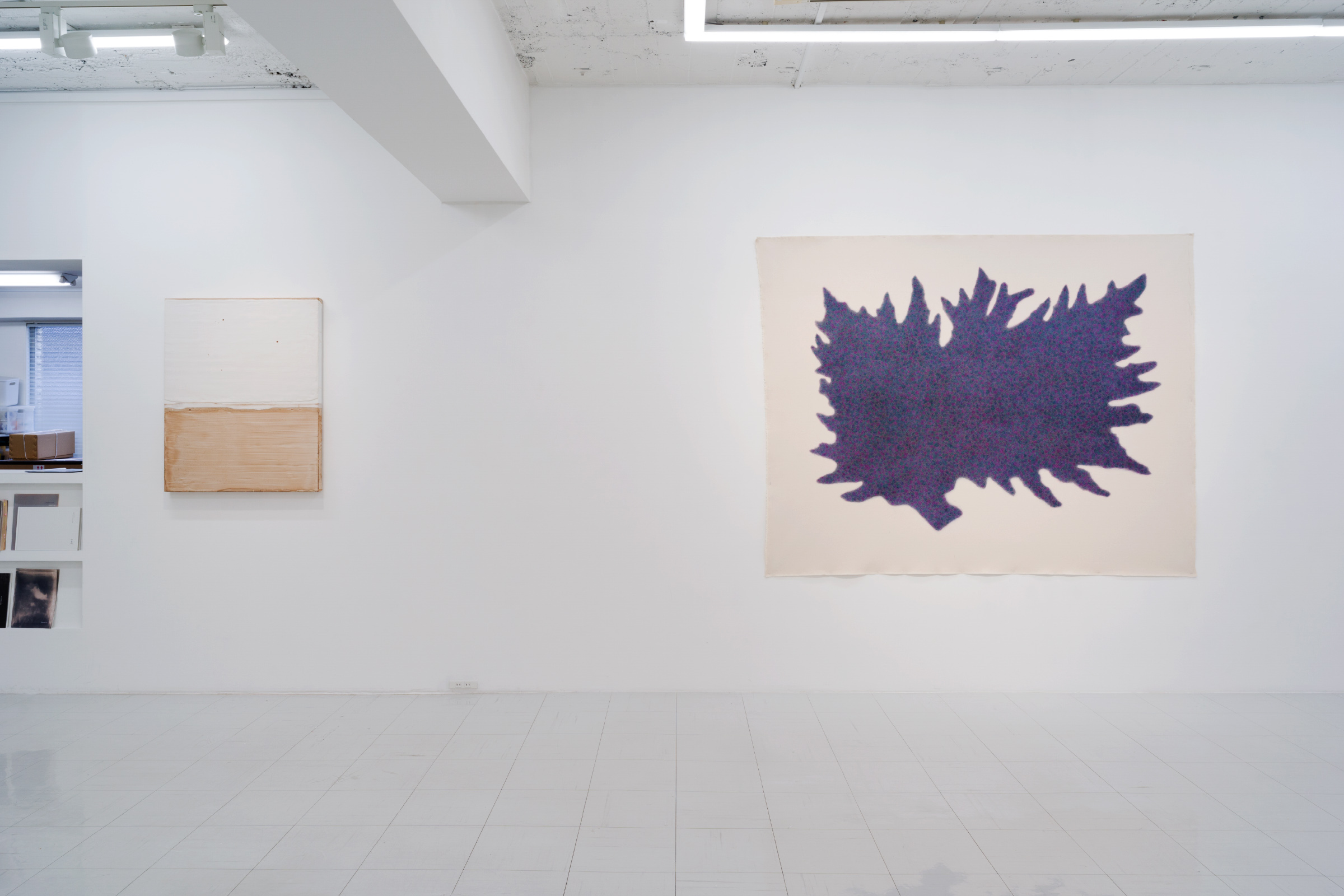 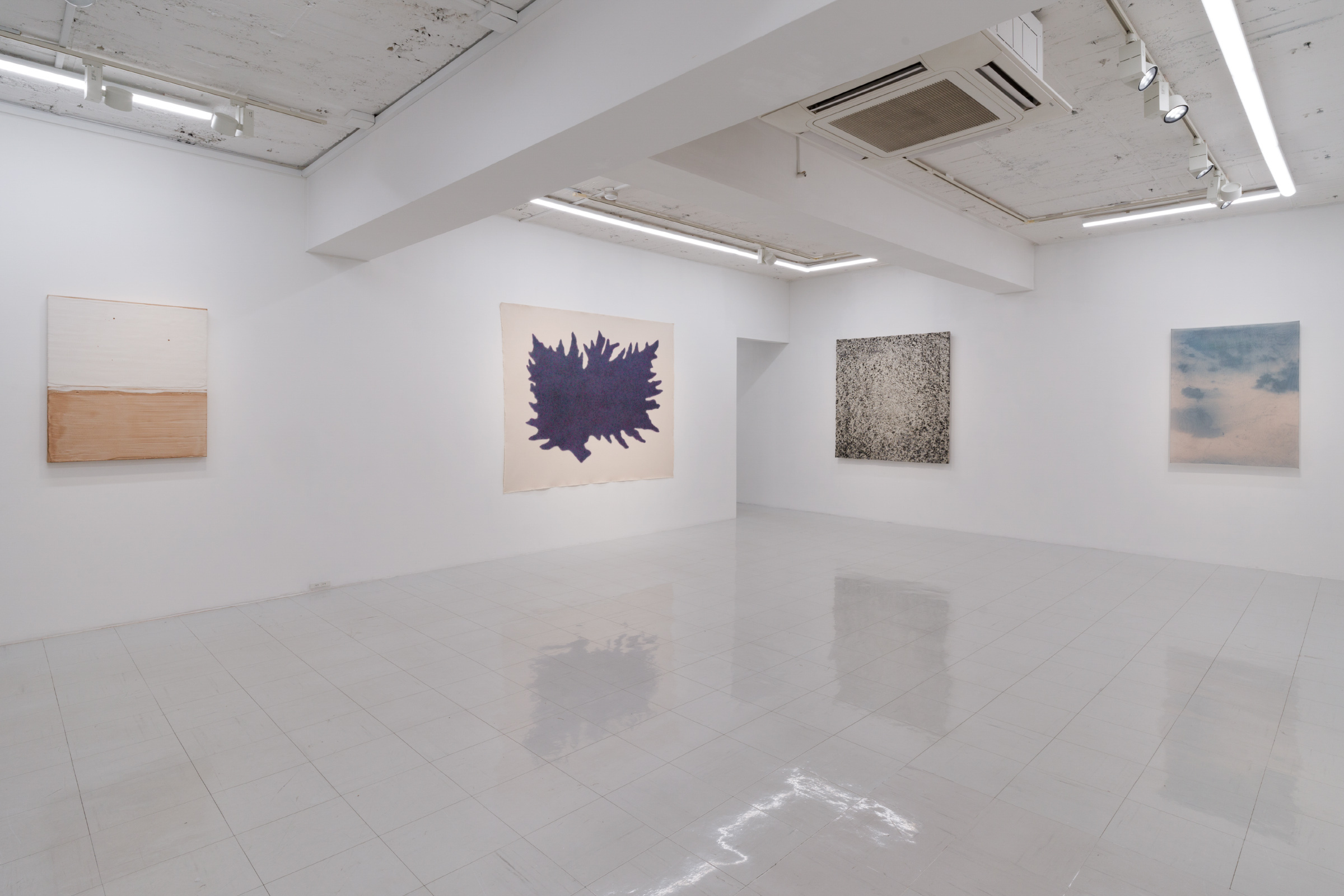 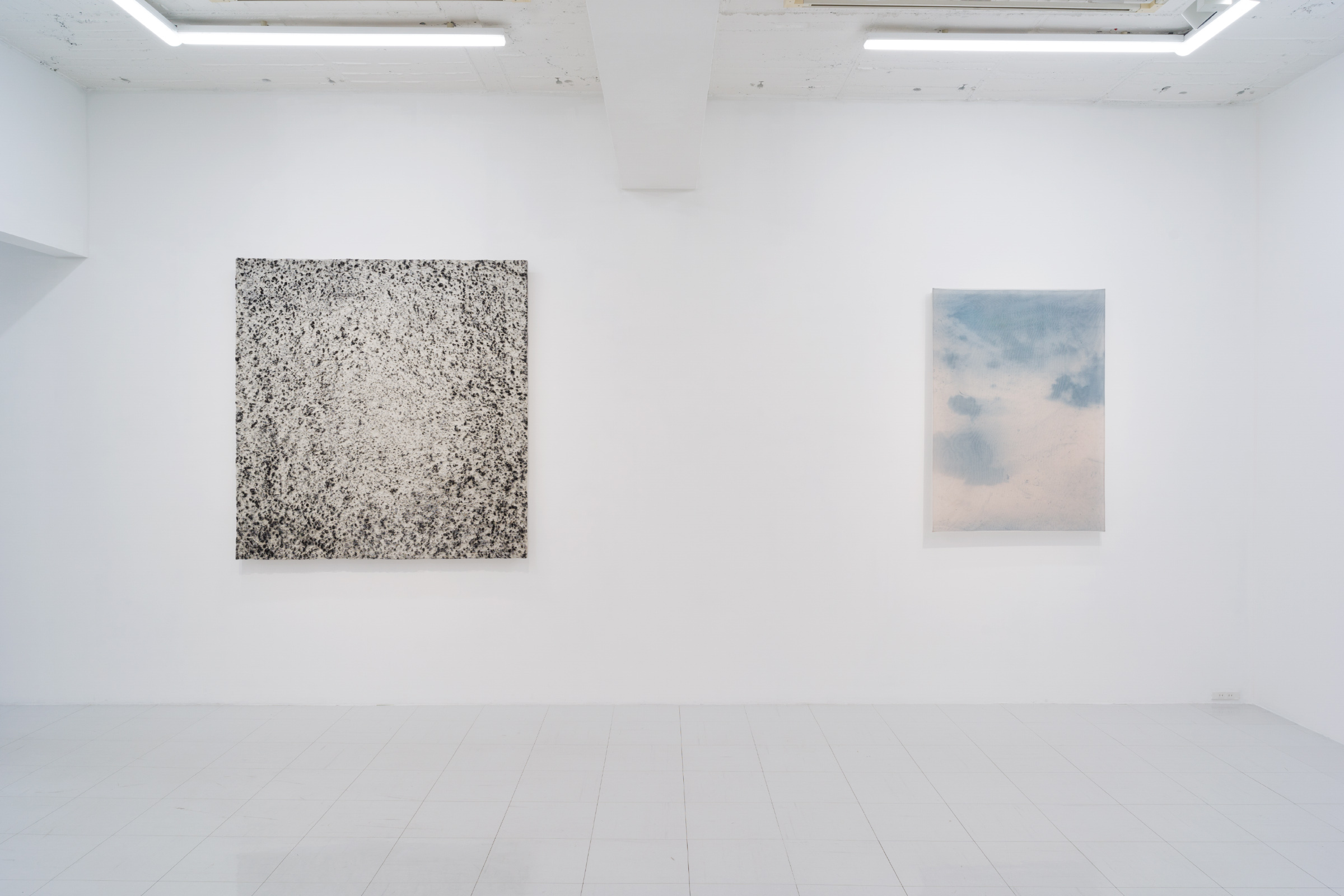 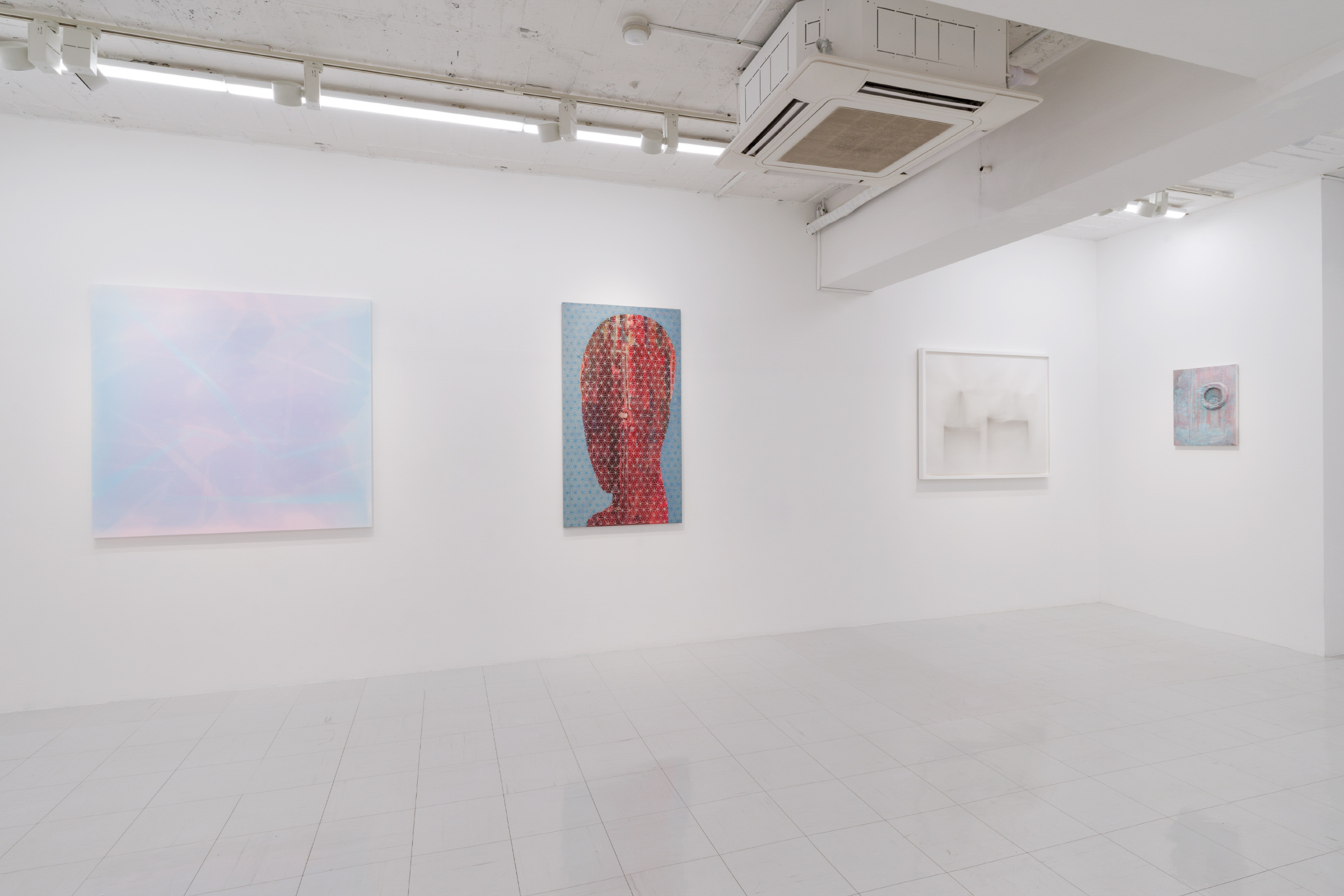 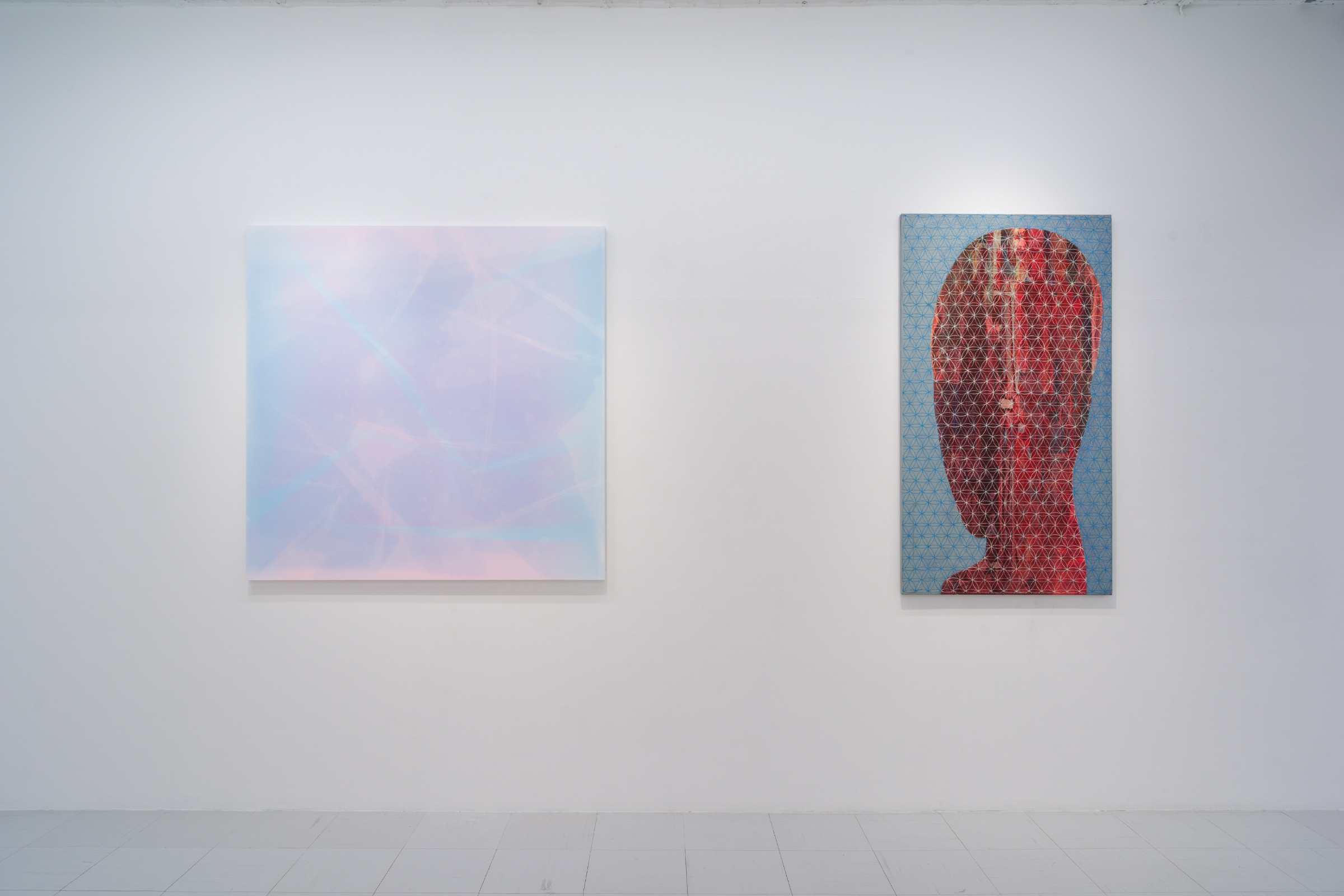 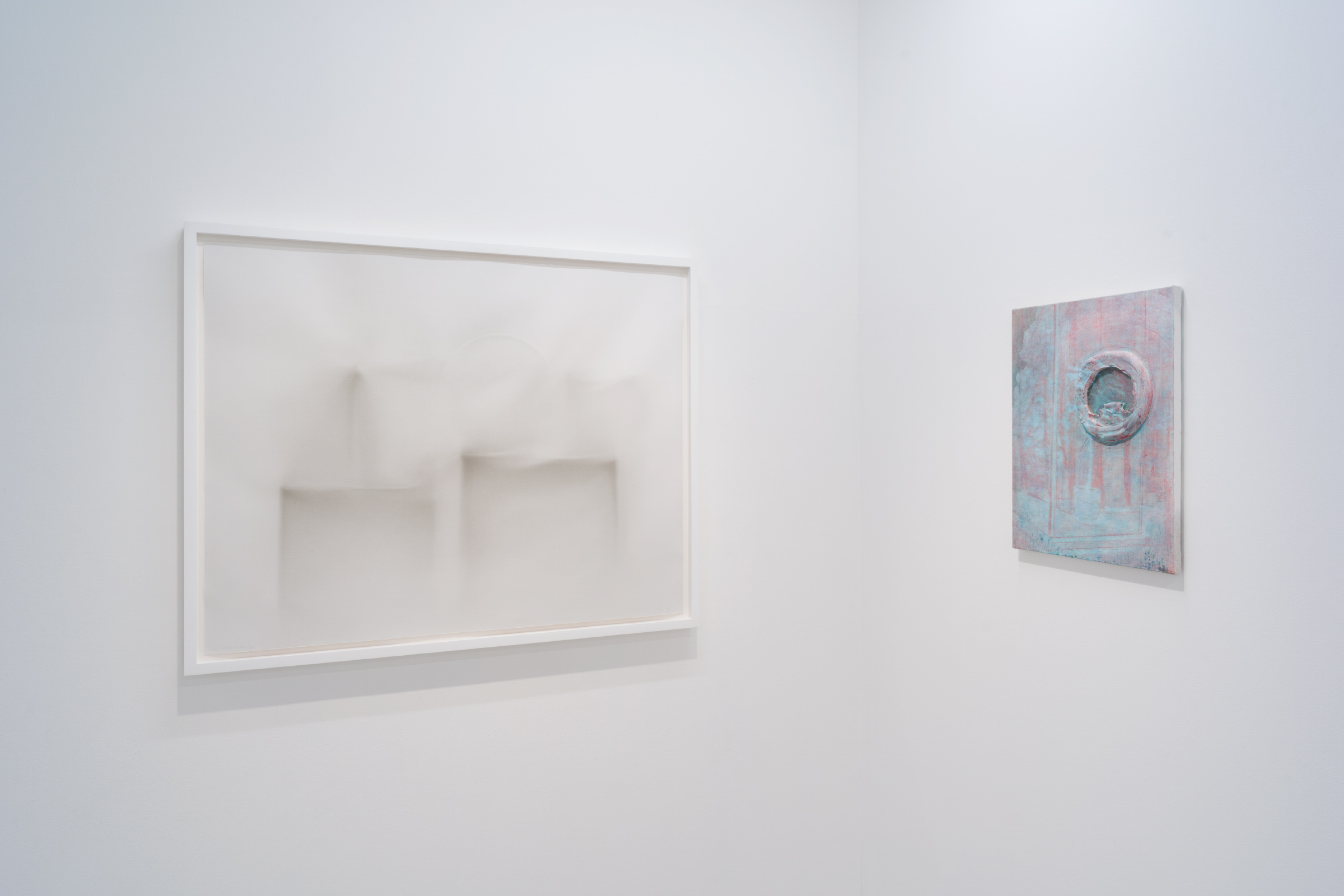 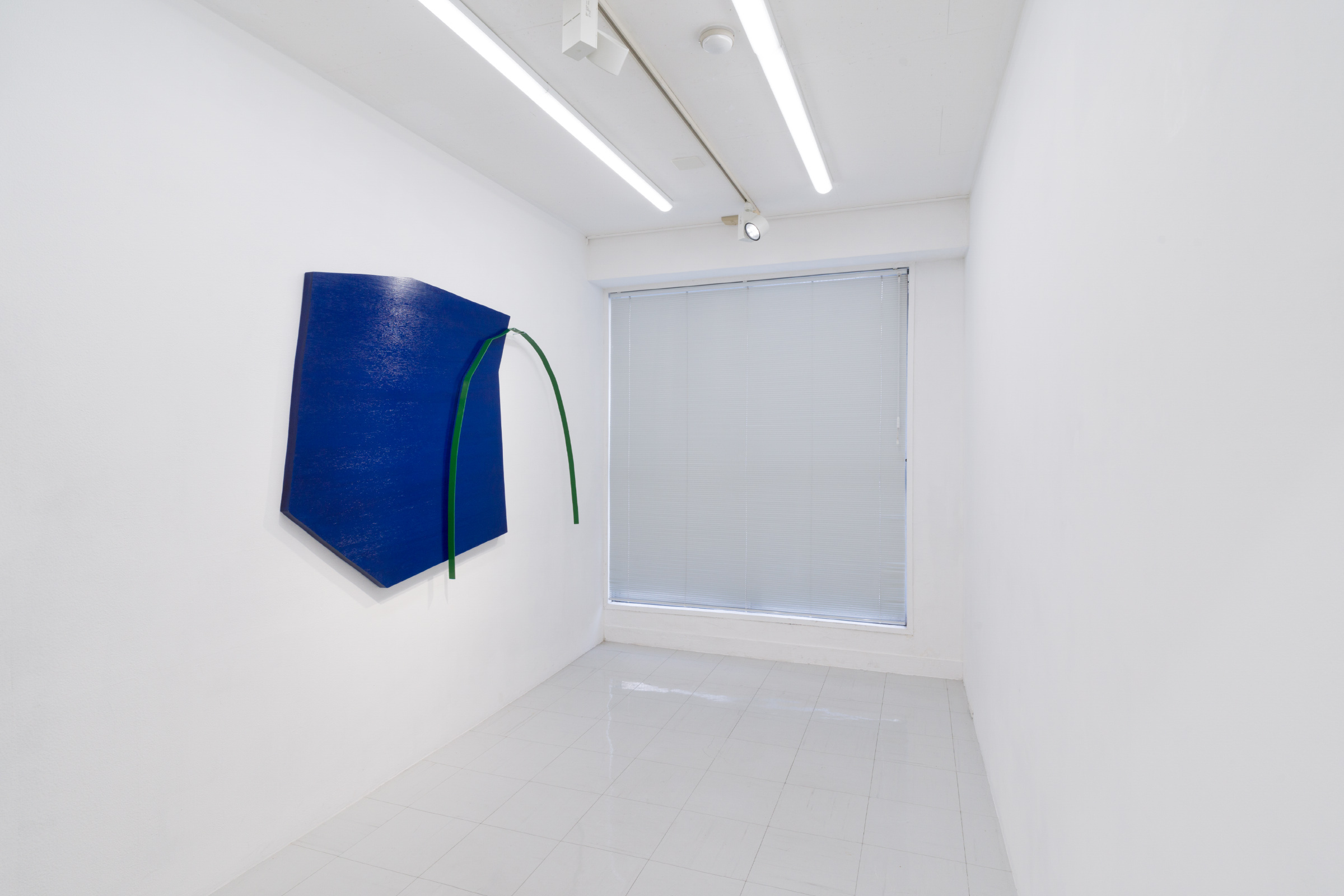 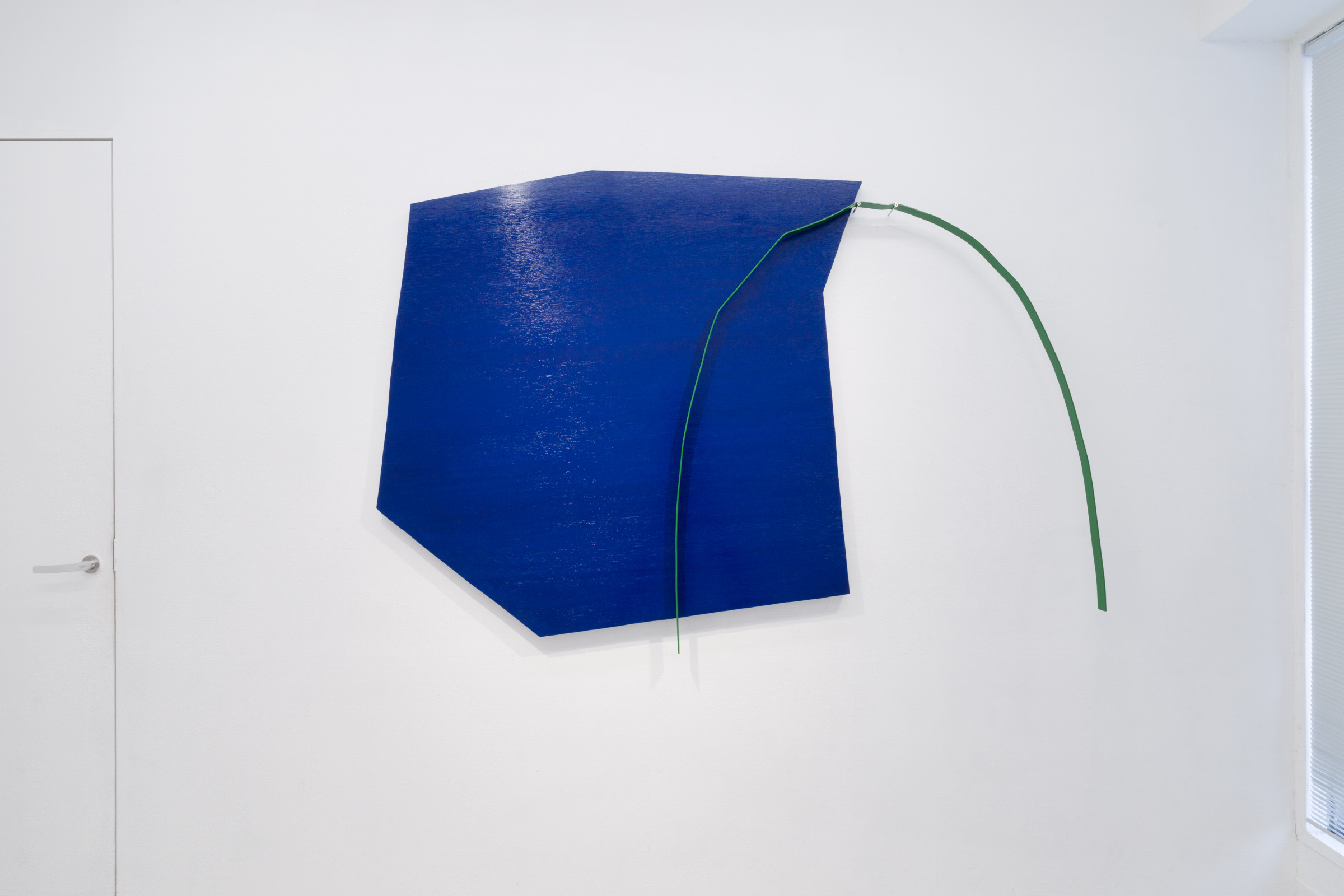 Eloquence of The Visual

Tokyo Gallery + BTAP is pleased to present Eloquence of the Visual. This exhibition is organized by Art Platform Asia (APA) and travels from Gallery Woong, in Seoul, where it debuted this September. The exhibition in Tokyo will run from November 19 to December 24, 2022.
Eloquence of the Visual is an international group exhibition that features 9 artists whose works explore visual synthesis and perceptual richness. Devoid of any social messages and conceptual rhetoric, the invited works embody a visual eloquence that is open to the individual’s response, and awaits a simple connection to the viewer’s life.
The play, The Collector, was performed on stage concurrently with the exhibition opening at Gallery Woong. A recorded video of the play The Collector will be on view with English subtitles during the exhibition.

"We hope that this exciting collection of exhibits will be able to engage in a different dialogue with the art audience of Japan in a way that can resonate with their own visual perceptions and interpretations.
APA is supported by a group of artists, critics and art-lovers who all share a common belief that the quintessential quality of an artwork is visual. APA is keen to build a creative narrative of the visual power of the artwork in line with its founding spirit. In 2016, APA organized the international forum, ‘Fracturing Conceptual Art: The Asian Turn’ (www.artplatformasia.org)." (Kate Lim)

Hazem Taha Hussein
He paints human faces and figures in abstract forms that he overlays with repetitive grid-like patterns. He starts with the painting or drawing of figures, faces or angels, and covers them with paint followed by another layer of paint in partial areas. Finally he superimposes the interlacing Islamic patterns over the entire surface of canvas. The images appear or disappear in his painting underneath the grid that lends intriguing layers of concealment and fusion. His images resist any visual bifurcation of ‘East(Islamic) or West’ whilst taking its interpretation to the level of the indefinite.

Kim Hong Joo
Kim’s deeply original style lies in myriads of thin brush strokes which forms certain shape on canvas. The shape is not defined by classical painting techniques such as shading or tonal variation. It has a presence of sprawling out on the canvas, aimlessly, as if Kim kept making brush marks in short strokes in a desultory way. It looks as if his only concern were to cover the canvas with thin brush marks without the depiction of the image of what is clearly recognized in the world. His painting method harks back to the primitive style in the history of western oil painting, yet the resulting abstract shape on the canvas evades affinity with the source in reality from which his abstraction is extracted. He is one of the painters who deserve critical attention because he crystalized a new painting method, opening up a radically different discourse on painting when the established art criticism has been unanimously pessimistic about the capacity of painting.

Kim Keun Tai
Kim’s work is composed of two different types depending on the medium. In one of type of work, he makes his own concoction of medium by mixing rock powder with adhesive and pours the mixture onto the canvas. The action of pouring the medium is far from splashing it over the canvas. He maneuvers both the medium and the canvas in synchronization of the two, and in result the characteristic appearance of the work with the curvy lines or tiny specks is created partly by the medium’s own idiosyncrasy and partly by Kim’s bodily handling of the canvas.
Apart from works of mixed medium, he also works on oil painting series. Whereas the rock powder mixture enables him to minimize the brush mark, oil paint with the feeling of buttery cream can show the subtle brush lines. They are horizontally drawn lines with a particular sheen from the medium.
Kim’s work is emblematic of confluence between ‘brushing(doing) less’ and ‘encouraging the brushing’ which is a conceptually conflicting task. The merge between the natural and the man-made is made possible through his keen interest in material quality of medium and the artist’s sensitive interaction with the medium.

Kim Taek Sang
Kim focuses on creating ‘pure colors’ on canvas. He immerses unstretched canvas in a pigment solution. With time, the paint droplets in the water solution settle, and the drying process begins – then he repeats this process innumerable times, creating a fine integration of condensed layers of heavily diluted colors. During the repetitive process of making the layers of colors on the canvas, various natural elements such as gravity, sunlight, wind and humidity intervene the making and leave their ephemeral, unreproducible traces on the work.
His exploration of pure colors, in a broad sense, echoes a universal artistic concern about rendering colors vividly alive, as if they were “breathing” - to use Kim’s own words. His colors are magical in that they have a thousand faces following the variation in sunlight. When the sunlight warmly dissolves into his canvas, the colors in minute differences in luminosity exude colored light in abundance.
Within the context of contemporary Korean art, his work is observed in relation to the Dansaekhwa tendency that emphasized the significance of personalized artistic labor as opposed to the conceptual weight in an artwork.

Lee Jin Woo
Lee constructs compressed layers of material composed of multiple sheets of hanji (traditional Korean paper) and charcoal-based mixture on canvas. The process of making the work is extremely exhaustive. In order to make the layer of charcoal mixture adhere to the sheet of hanji without any pockets of air, the artist repeats pounding, scratching and raking. It is out of this ‘unartistic’ action that the unexpected bumpy and rutted three-dimensional abstract surface emerges. Color, texture and shape in Lee’s work has little rational design, and they are an incredible fusion of material and the artist’s labor.

Lee Jin Young
The primary charm of Lee’s work comes from the effects of the wet collodion process, the 19th century photographic process that she has chosen as her working method. In the wet collodion process, the negative of the image is produced on glass which is coated with wet solution. Imperceptible particles of dirt or dust floating in the air would get caught in the syrupy solution, and they disturb crisp outlines and blur the image’s clarity and thus alter the original image to the obscure and the abstract. Her photography goes beyond the realm of photographic realism; its abstraction realized by the medium of photograph.
In her recent new works Lee ups the ante by composing layers of the images that are printed on organza and transparent mesh and putting multiple layers together. Due to the gaps between these layers, the space in-between characteristic of undulation of the surface of the materials, the whole image of her work elicits a feeling of the lagoon as if the layers of images absorb and reflect light in their synthesis.

Lee Young Rim
Lee’s medium is wood panel which she cuts into various shapes that are colored and combined together. Her wood panel plays a role of a substitute for canvas which can be creatively altered; to something liberally different in shapes, sizes or depths and so on. Then she combines pieces of ‘polygonal canvas’ whereby certain perceptual relation between the pieces of wood panels is formulated. It can be a visual conversation between the juxtaposition in terms of size and position, or the counterpoise delivered by dissimilar shapes, or the unexpected aesthetic impact derived from the gathering of wood pieces in dented and awkward shape.

Lynn Stern
Lynn’s photograph captures the abstract formulation of objects immersed in diffuse light. By using a scrim of translucent white fabric as a medium that is backlit by the indirect natural light, she creates a monochromic drawing, done by soft glow of light, of the abstract form of objects placed behind the layer of scrim. The light in her work becomes a movement, texture and space, which acts as a conduit to the ineffable quality she seeks through abstraction.

Tomohito Ishii
Ishii paints with the unique use of lines in some of the <Sub Image> series. Two lines in complementary colors, parallel to each other or overlaid on top of each other, are used for making forms, such as plants, pot or human figures, while the white area, unpainted and bare, is still visible as if the painting is unfinished. On one hand, the image made out of double lines looks like a photographic image that is out of focus. On the other hand, one line seems to act as a shadow of the other, providing the object with a feel of subtle vibration. Ishii’s painting implicitly criticizes what’s visually confirmed in the world, and shows his own translation of the transient, uncertain quality of the visible.

Lee JinWoo (b. 1959 in Seoul, Korea) is a Korean artist based in Paris, France. He graduated from Sejong University in Seoul in 1983 before moving to Paris in 1986 where he attended the École nationale supérieure des Beaux-Arts. Lee is part of a younger generation of Korean artists that comes after Park Seo-Bo and Lee Ufan, but is influenced by the Dansaekhwa.

Lee creates works characterized by monochromatic surfaces with unique textures. He does this by placing hanji (Korean paper) on top of charcoal and hitting it with an iron brush. This process is repeated many times to create a densely layered but fine surface. The ascetic way of Lee’s creative process and artistic expression serves as a sort of meditation. In it Lee expresses ‘something’ within himself without the intervention of his ‘mind’. This also resonates with the “repetition,” “training,” and “spirituality” features often seen in Dansaekhwa works.