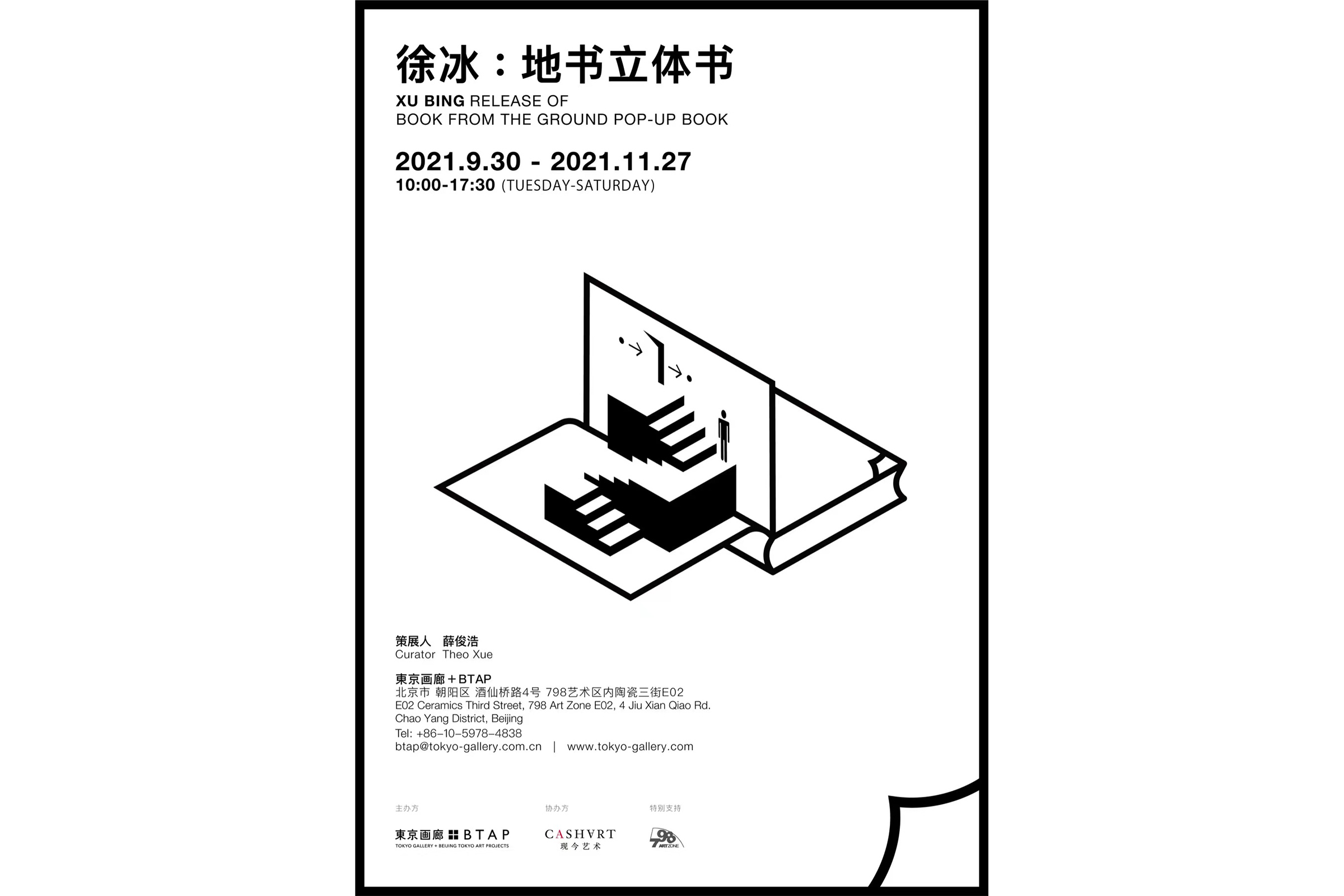 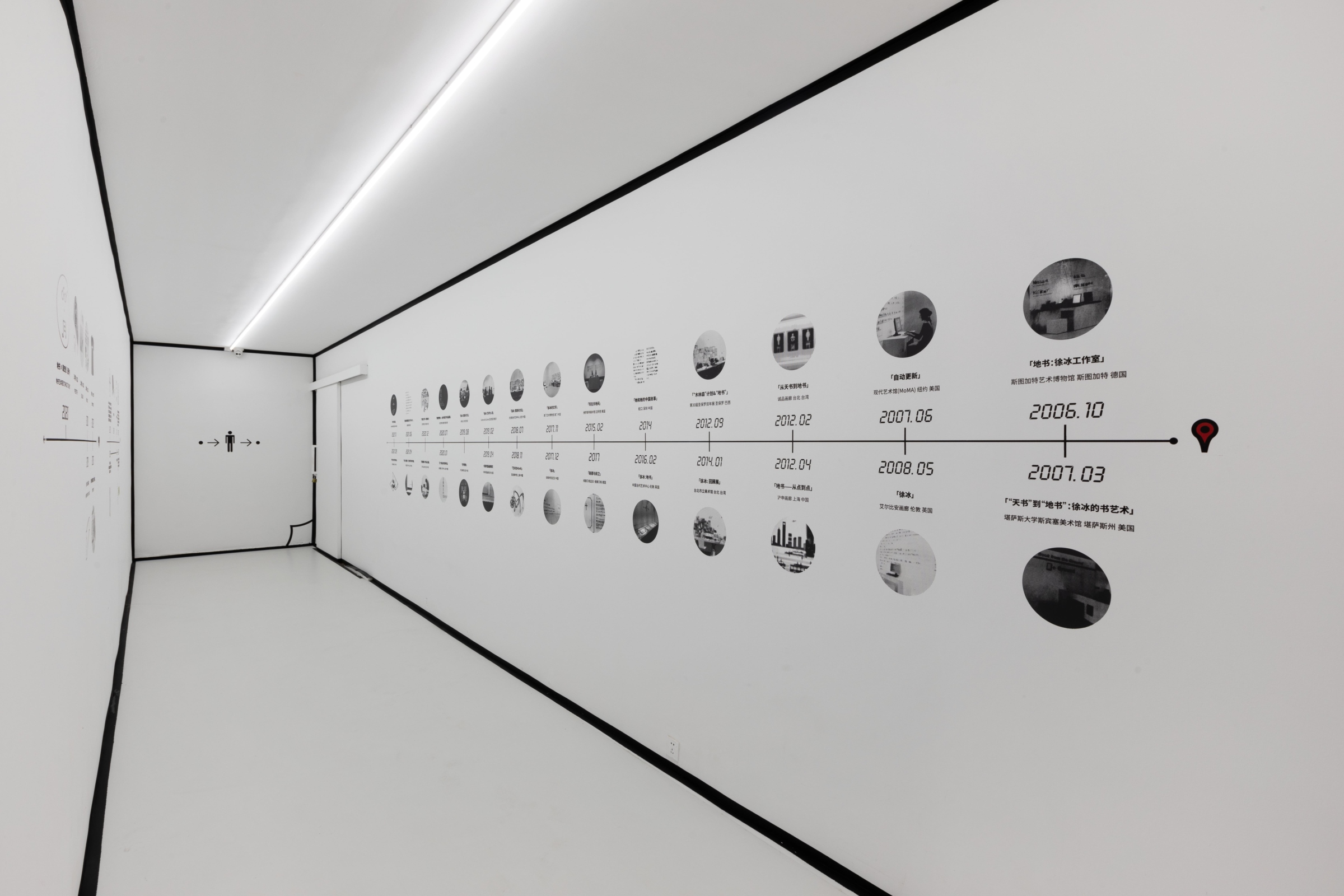 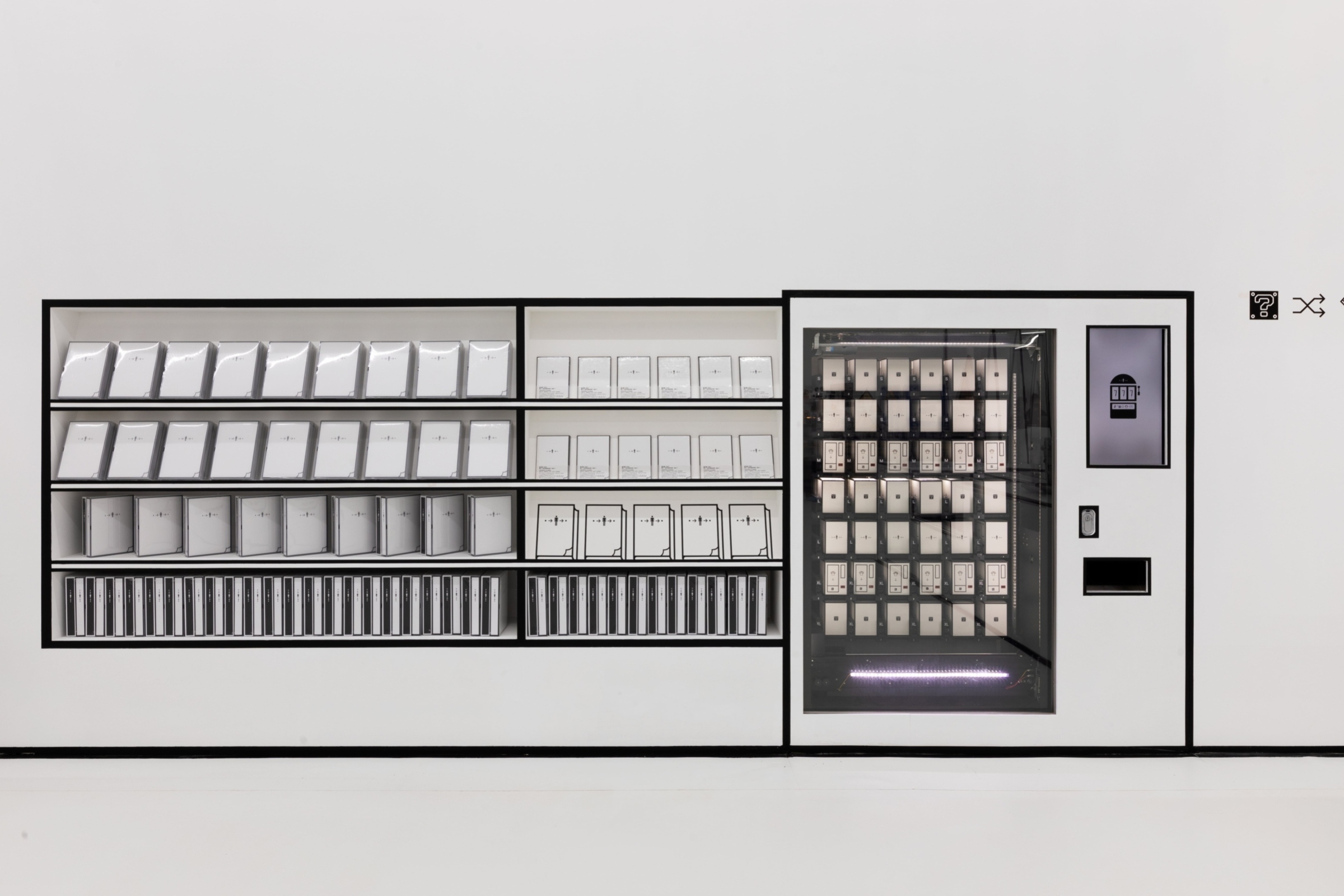 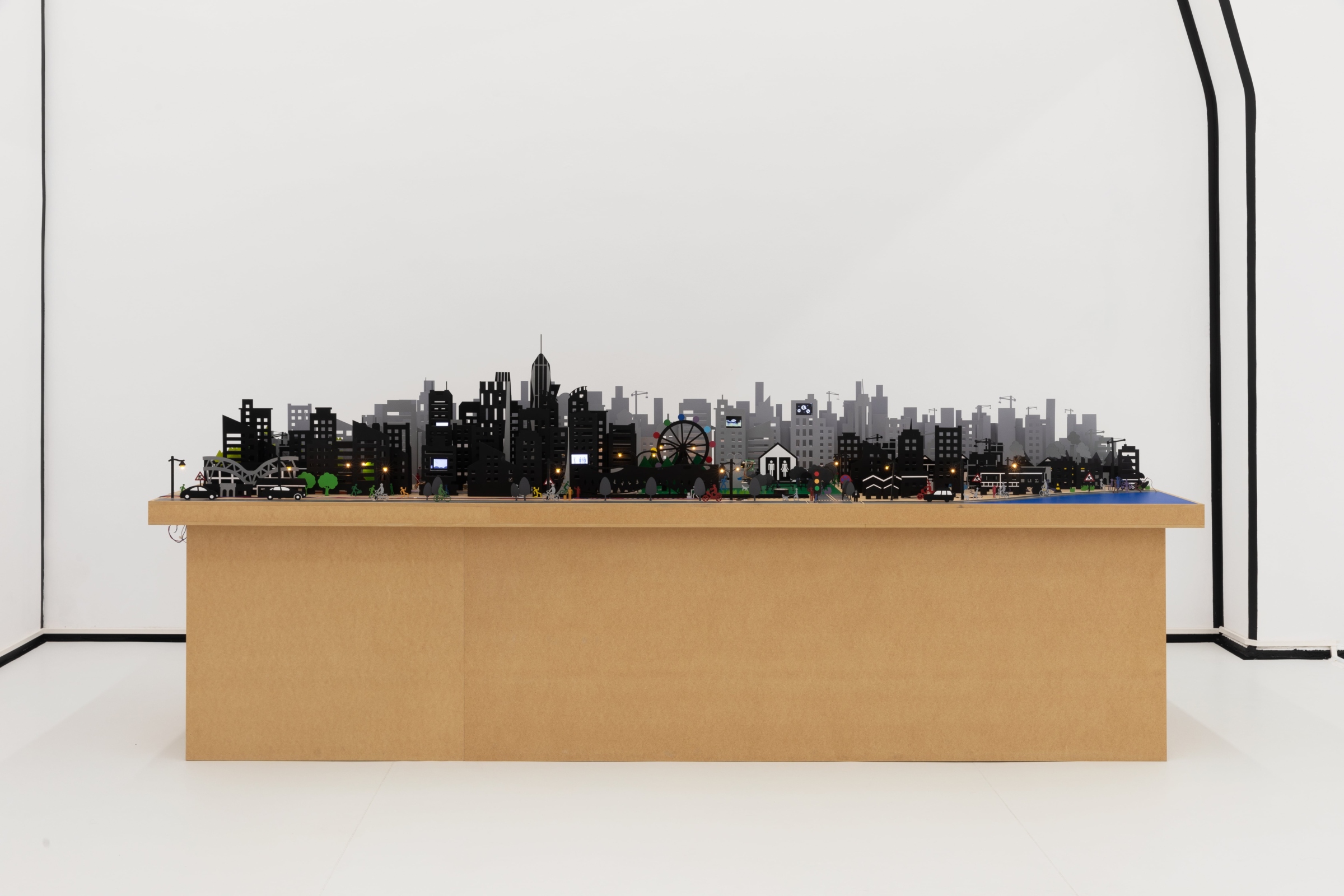 Tokyo Gallery + BTAP (Beijing) is proud to announce the exhibition Xu Bing: Book from the Ground - Pop-up Book, which is slated to open on September 30, 2021, and will be held in conjunction with a press conference for the release of the accompanying pop-up book. Organized by Tokyo Gallery + BTAP in cooperation with CASHART and curated by Xue Junhao, this exhibition will last until November 27, 2021.

Before the turn of the millennium, having traveled to all corners of the globe to exhibit his works, Xu Bing came to realize that the signage in airports – public places where international visitors convene – constitutes a universally understood language. Owing to their simplicity, these visual icons help overcome the communicative hurdles between people. In 2003, inspired by the recycling symbol depicted on chewing gum wrappers to create a long-form story using a ‘pictographic language,’ Xu Bing set about creating his Book from the Ground. In 2012, several years of gathering materials, conceptual fine-tuning, experimenting and revising culminated in the completion of the first edition of the Book from the Ground, which recounts twenty-four hours in the life of a typical, present-day white-collar worker named ‘Mr. Black’ (Xiaǒ Heī).

The Book from the Ground project keeps on expanding to this day. In 2016, the Book from the Ground was further developed into a pop-up book encapsulating all the various expressive techniques proper to the medium, such as lift-the-flap, spinning wheels, pull-tabs, pivots, etc. The clever combination of pictographic symbols and pop-out shapes adds to the interactivity and legibility of Xu Bing’s universally readable book, making it an all the more intriguing read. Despite physical books being on the decline, Xu Bing’s pop-up book embodies the primal function of reading. It leaves its readers with an emotional page-turning experience, and as such has proven its merit as a comprehensive mode of display for art. Rather than go along with today’s trend of putting a high-tech spin on art, Xu Bing instead makes the case for the appeal of a more primal, low-tech artistic expression.

Meanwhile, Xu Bing has also attempted to usher the Book from the Ground into the realm of practical utility by applying its visual vernacular to real life scenarios, in a bid to disseminate the artwork and convey the artistic ideas contained within it. From 2019 onwards, having teamed up with CASHART as a continuation of the ‘Book from the Ground’ project, Xu Bing continued to gather Book from the Ground symbols that crop up constantly in contemporary life. The two-dimensional icons and symbols in the book were then given a ‘dimensional upgrade’, allowing them to ‘break through the dimensional barrier’ and enter three-dimensional space. Further supplemented with more comprehensive technical means, this served to renew the way in which the Book from the Ground is presented to the viewer, thereby expanding its narrative.