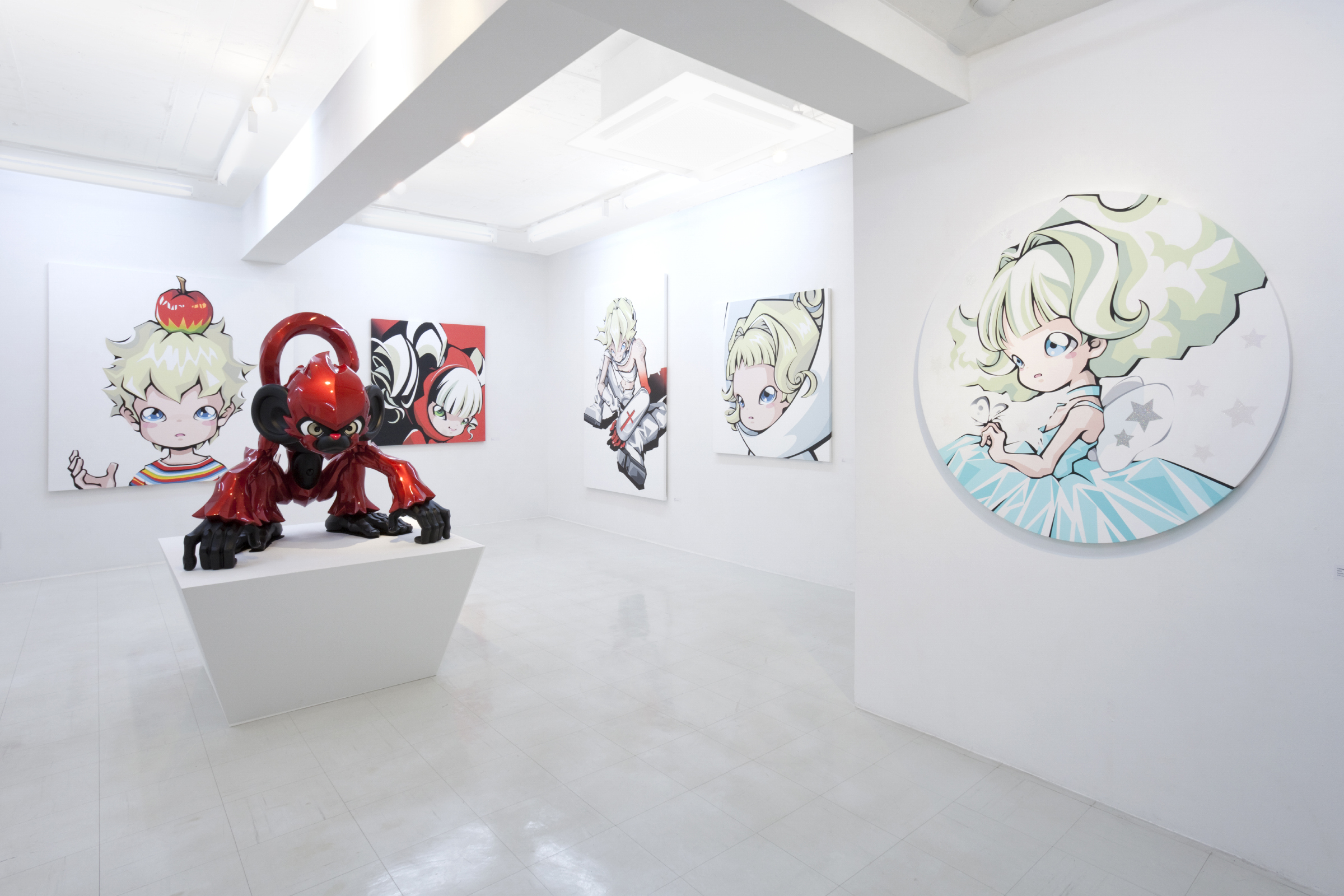 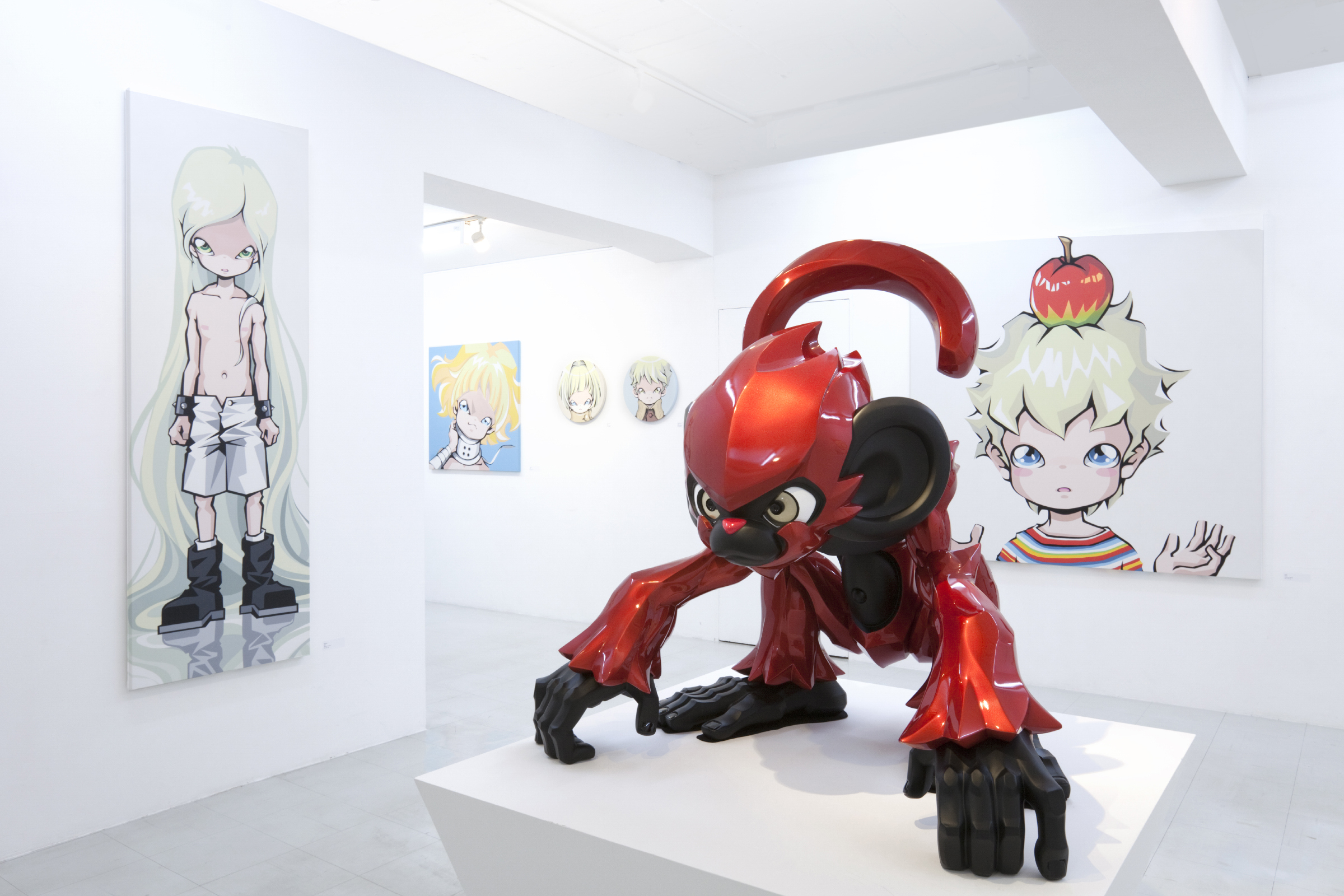 Hiroyuki Matsuura was born in Tokyo in 1964. He joined Task Force Ltd. in 1984, where he worked mainly on graphic design projects, before starting to create his own works based on animated Japanese cartoon characters in 1999. His solo exhibition Super Acrylic Skin held at Tokyo Gallery in 2005 marked his career shift to being an artist. Since then, Matsuura has been expanding his practice to work in a variety of formats - painting, sculpture and prints - both in Japan and abroad. An artist whose international reputation has been growing year by year, Matsuura was most recently invited to hold solo exhibitions at Eslite Gallery in Taiwan in 2008 and 2009, as well as Tokyo Gallery + BTAP in Beijing in 2009.

Matsuura's work depicts a procession of colorful characters in bold, close-up compositions that fill the entire canvas. Wearing loaded facial expressions pregnant with implication, these characters occupy the surface of these paintings, gazing at the viewer with a look that is by turns flirtatious and defiant, occasionally verging on a blank expression of complete indifference. In a contemporary society that produces massive numbers of replicated images, these characters circulate within the market and flood the environment of our daily lives. For Matsuura, whose job it has been to create these disposable characters that are consumed on a daily basis and then quickly forgotten about, these boys and girls were an extremely familiar presence even though they existed in an entirely fictional world. The characters in Matsuura's work, with their "super acrylic skin", possess an interior dimension that is invisible from the outside, existing only within the surface of the painting. They transcend the world of the fictional anthropomorphic image and assert an independent existence of their own.

In addition to several paintings that Matsuura produced this year, this exhibition will also showcase for the first time a large sculptural piece that he has been planning and creating since last year. We hope you take this opportunity to view Matsuura's newest creations.

Hiroyuki Matsuura was born in Tokyo in 1964. It was SUPER ACRYLIC SKIN, an exhibition of Matsuura’s works at Tokyo Gallery in 2005, that marked his transition from designer to artist. Matsuura has gone onto lead an active career both in Japan and overseas, and broadened his repertoire to include the media of painting, sculpture, and print. In 2017, Uki-uki (2012), a 4-metre high work by the artist, was exhibited at Cool Japan: World Fascination in Focus, an exhibition hosted by Museum Volkenkunde in Leiden and Tropenmuseum in Amsterdam, and served as the main image used to advertise the exhibition. World Fascination in Focus subsequently travelled to Museum aan de Stroom in Antwerp, where it was well received.