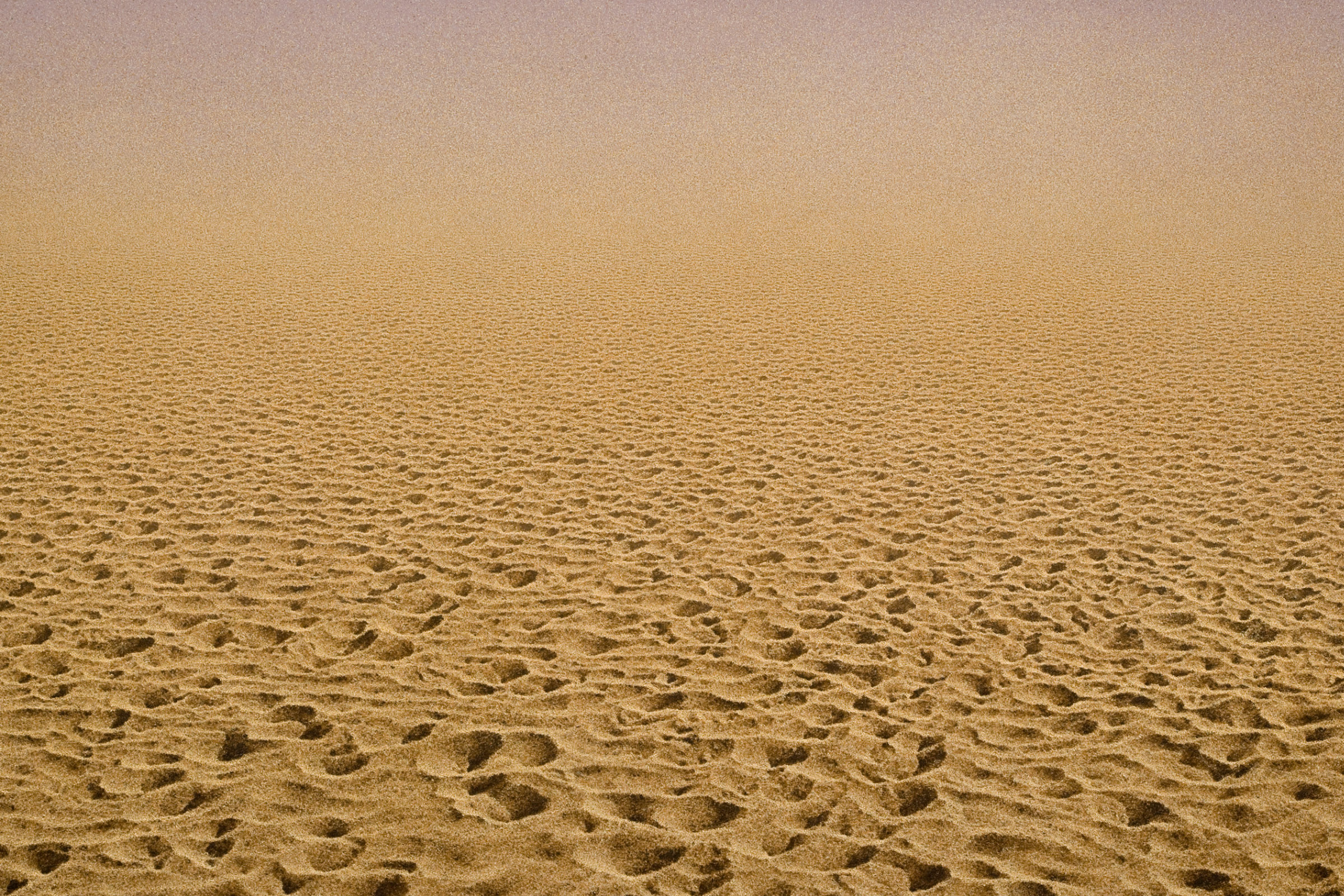 Kim Changyoung From where to where

Kim Changyoung was born in Taegu, Korea in 1957. He moved to Japan in 1982 and a chance encounter with Yoshihige Saito led him to study at the Tokyo National University of Fine Arts and Music. It was there that he started to make works using sand. Following his graduation in 1986, he held exhibitions at Gallery BHAK and a number of other spaces. Kim makes his works by pasting Korean yellow soil onto the canvas and then painting over it with oil paint.

On top of this sandy surface, the imagery he creates is one of sandy landscapes, pockmarked with countless footprints. The use of real sand in the works entices viewers into feeling that they have been transported into at an actual sandy environment. After looking at Kim Changyoung's works for a while, one begins to think that the act of painting, like the footprints portrayed in the images, is the act of leaving an imprint on the world. Likewise, in the way that footprints in the sand disappear with the wind, people's acts also disappear with time. The title of the works "From where to where" aims to convey this sense of life's transience.

This exhibition at Tokyo Gallery + BTAP is being held simultaneously with the imported luxury goods store Sun Motoyama, also in Ginza. At the opening reception on July 16 (Wed), from 19:00, Kim Ol will give a kayagum performance (traditional Korean zither). Tokyo Gallery + BTAP hopes that you will take this opportunity to experience Kim Changyoung's magical world in which reality and illusion intertwine.

Perhaps my works give you the impression of being photographs of a sandy beach after it has been walked across. However, they are oil paintings. If you look at them with your eyes, touch them with your hands, or allow your whole body to take them in, then I think you will understand their meaning.