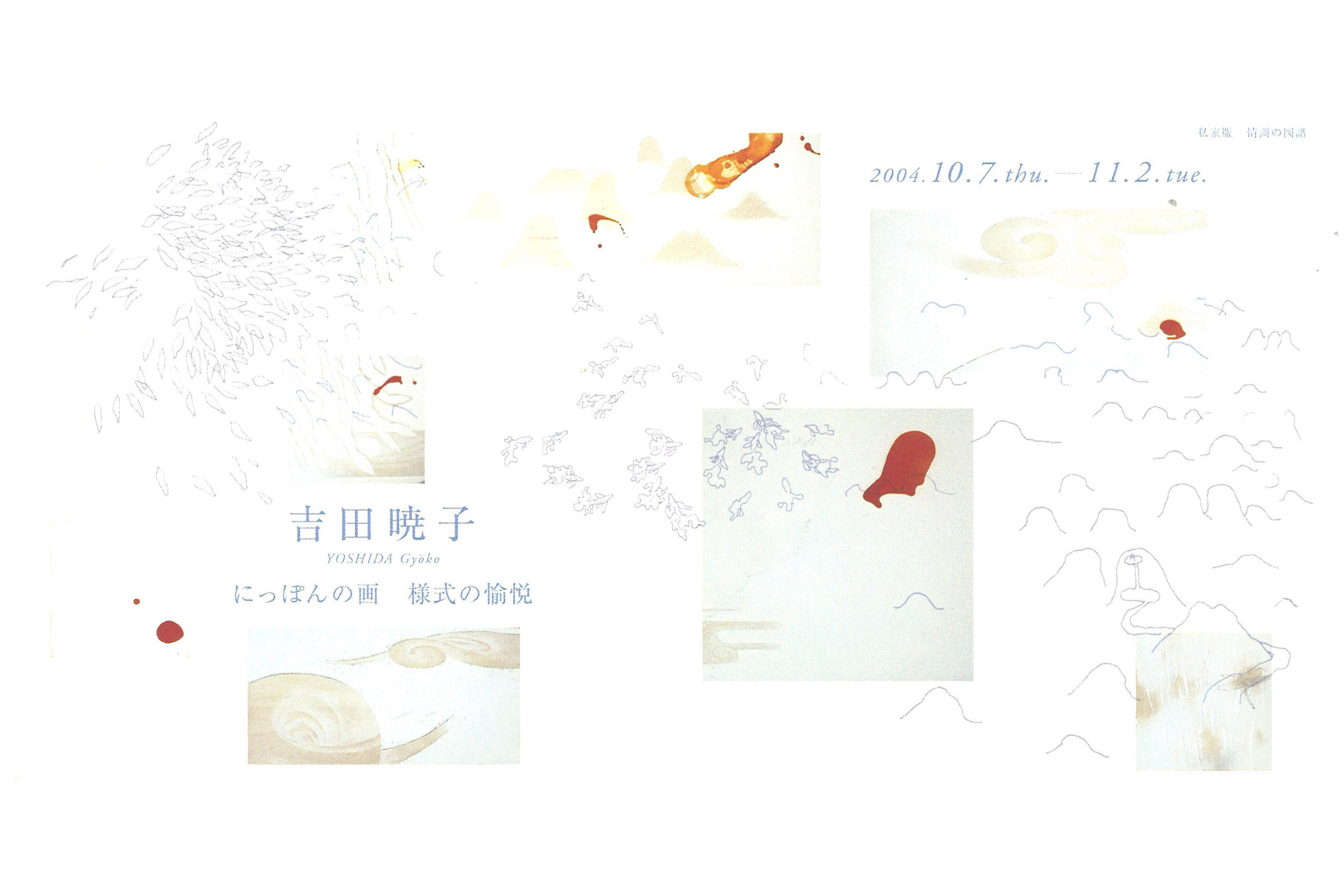 Born in 1970 in Nagoya, Yoshida completed Tama Arts University’s MFA course in 1996, and is currently based in Kanazawa, Japan. Yoshida has consistently produced work which pursues the theme of 'Japanese painting'. For over a decade she has dealt with her work using a method of composition "lacking a central point; portraying a integral space, in which the various parts remain independent," recognizable in the finer examples of Rimpa and Kano school painting; and which is an ancient Japanese method of composition the artist has independently come to pursue and focus on. Yoshida's works question and redress Japanese contemporary art's development under heavy Western influence, seeking the potential of original production. Yoshida takes a sense of visual illusion mixed from past and present Japanese art, then using various mediums, including performance and installation, makes this into 'paintings'. By not only employing traditional materials such as lacquer, silk gauze, Japanese handmade paper and pigment, but also mirrors and PVC elements, for example, this work manifests a fundamental joy for the very acts of looking, feeling and thinking.