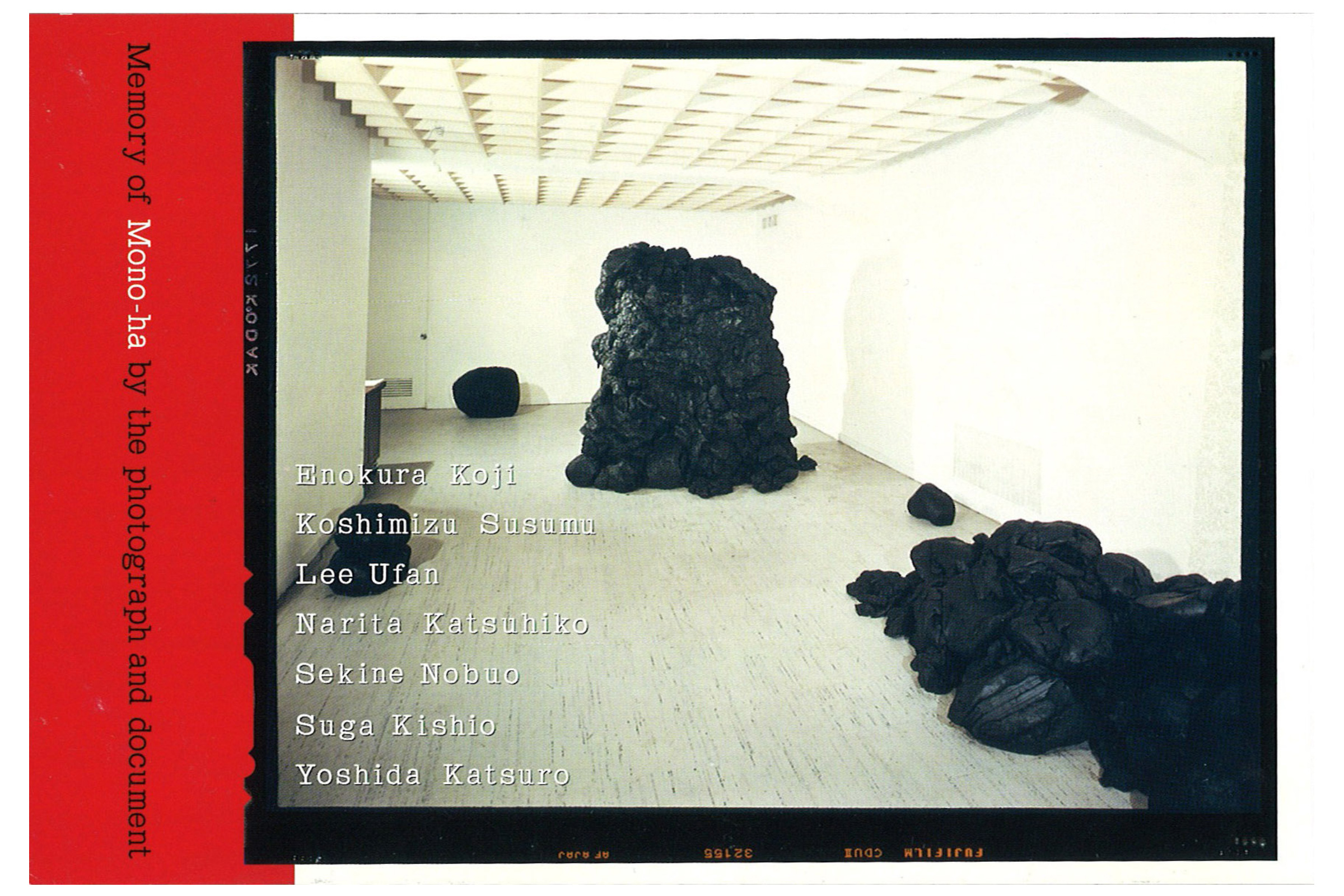 Memory of Mono-ha: by the photograph and document

Susumu Koshimizu was born in Uwajima in Ehime Prefecture in 1944. He enrolled in the Department of Sculpture of Tama Art University in 1966 and left school due to student protest in 1971. Koshimizu became a prominent artist in the Mono-ha movement from the 1960s, creating minimal sculptures and installation pieces from basic materials such as iron, wood and paper. He was a faculty of the Department of Sculpture at Kyoto City University of Arts from 1994 to 2010, and currently serves as a president of Takarazuka University. He is now based in Kyoto, Japan. Koshimizu participated in various international art exhibitions including Tokyo Biennale: Man and Matter, Venice Biennale and São Paulo Biennale. He is a recipient of numerous awards in Japan including the prize at 3rd Contemporary Sculpture Exhibition held at Suma Palace Garden, Kobe (1972); Prize for Excellence, 11th Teijiro Nakahara Award (1980); 10th Denchu Hirakushi Prize (1981); 38th Minister of Education’s Art Encouragement Prize for Freshman (1988); 2nd Kyoto Culture Prize (1989); Prize for Merit, Kyoto Prefectural Cultural Award (1999); 2nd Enku Garden Award (2003); Medal with Purple Ribbon (2004).